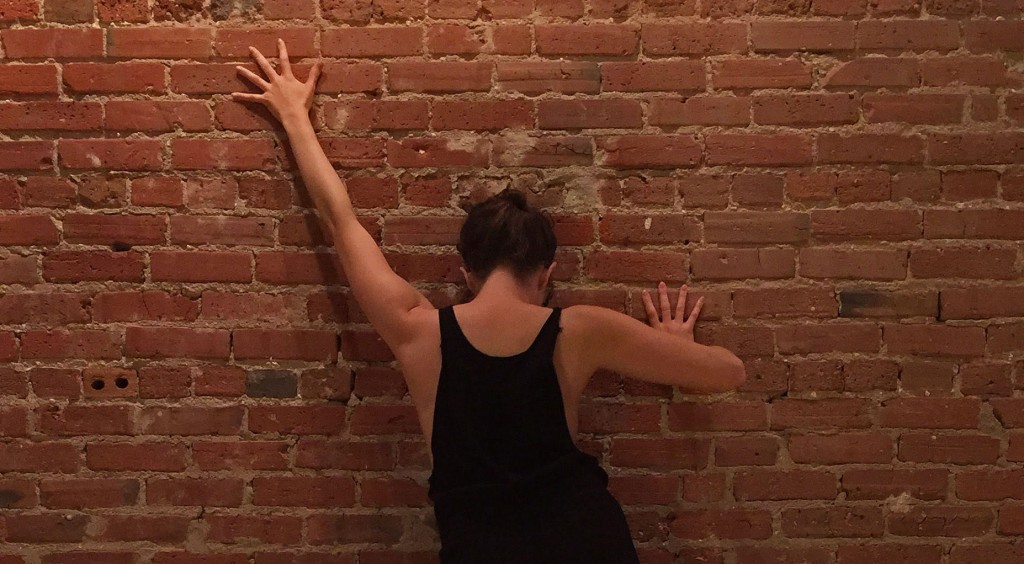 Covering everything from a cell wall to the Great Wall of China, WALLS is a multi-media dance installation framed as an exploration of how walls—and the acts which build and destroy them—shape lives. The first movement of the piece is an improvisation, though seemingly rule-based—the dancers moved around the room working with each other and presenting the framed art on the wall to the audience. This provides interesting inter-personal dynamics and an obvious drive that comes from the dancers making their own choices rather than following a choreographer’s lead. I enjoyed the intimacy of the concept; the build up and destruction were subtle, and placed in the bodies invitations to the viewers themselves.

From here, the piece moves to broader and broader themes, referencing great historical monuments. A projection of a clay wall cleverly turns the dancers into hieroglyphics. But as the troupe began expanding on the idea, it lost the particularity and connection of the work. Projected images of an active Berlin Wall are accompanied by an interesting spinning and falling movement. Except for referencing that the Berlin Wall kept people apart, it isn’t clear what the work doing with this wall. Words like racism, politics, addiction, and mental illness are spoken without a clear indication of what was happening. The clarity of the first improvisation is lost as the work attempts to make almost universal gestures. The end goal of the last movement “Cell Walls (Biological)- We are all made of the same walls (Unite with self and others)” is a contrived destination. The beginning question of the piece to me was lost in the insistence on the answer. [The Iron Factory, 118 Fountain Street] September 17-19, 2015; fringearts.com/walls-a-multimedia-dance-installation.