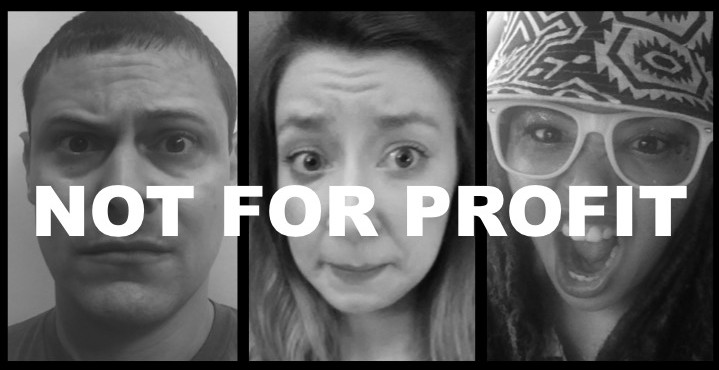 Ferdinand’s NOT FOR PROFIT feels like an inside joke for the arts community in its hilarious dissection of the various trials, stressors, and woes theater companies face. The Prophet Theater, facing financial hardship, rests its fate on its upcoming production of Shakepeare’s The Tempest. It’s director, Hattie O’Malley (Jennifer MacMillan) proposes to board chair Winifred Charles (Christina May) that they re-invent The Prophet’s aesthetic by staging the production on an actual island. Managing director Jonathan (Doug Greene) plays middleman, trying to keep the entire company from falling apart.

Perhaps inspired by their own experience, this team of artists led by playwright MJ Kauffman and director Jack Tamburri has crafted a play that exposes the struggles between artists and their unsympathetic superiors. Teaching artist Lizzie (also played by Christina May) laments the lack of attention paid to the play’s racial issues; playwright Andrew (also played by Doug Greene) feels that his tweaking of Shakespeare’s epilogue is doomed to fail; an intern (also played by Jennifer MacMillan) hears the building speak to her and foretell its impending destruction. NOT FOR PROFIT is a show about risk and theatrical radicalism that will invigorate artists, but may potentially disturb wealthy theater company board members. [Wilma Theater Lobby, 265 S. Broad Street]  September 16–19, 2015; fringearts.com/not-for-profit.