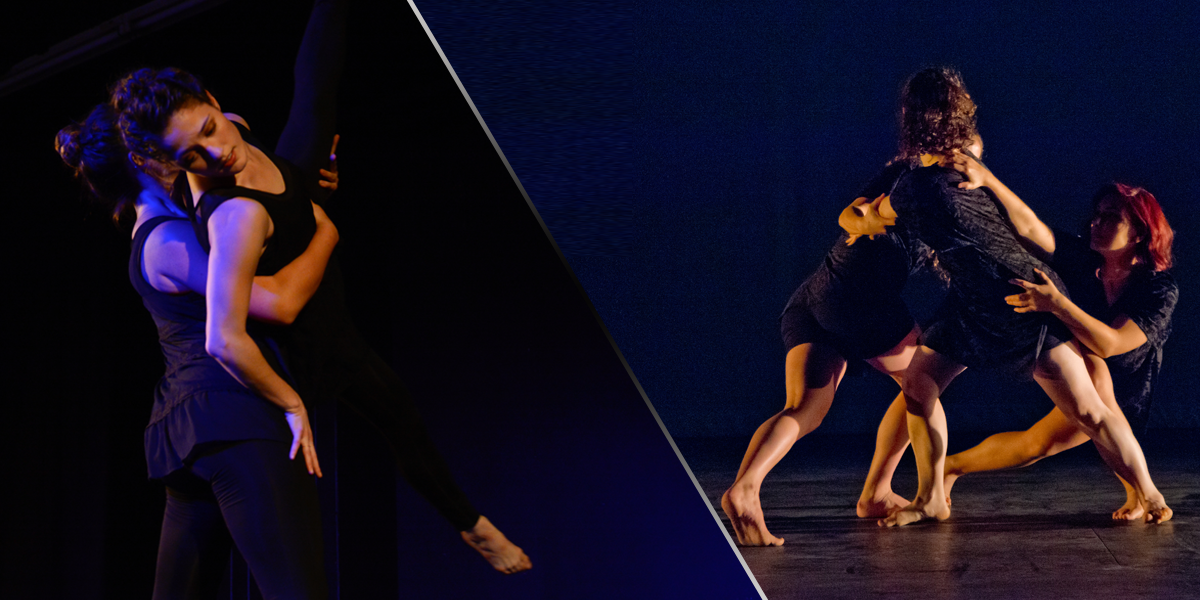 763 miles is the distance between Annex Dance Company in Charleston, SC and Drye/Marinaro Dance Company in New York, NY. Two companies which are miles apart share a stage to explore relationships, intersections and new beginnings.

Featuring their respective repertories from 2013 to the current year, the two companies challenge the viewers to find the connections between their works by taking turns sharing performances. “Un/Stuck”, choreographed by Kristin Alexander and danced by Heather Bybee and Julie Delizza, leaves viewers with pleasant and warm feelings by depicting the transition and release from the state of being “stuck” through intersection with each other. “Voices: If I ever…sit” and “Absence & BirthRights Collide” by Drye/Marinaro Dance Company confront the audience with a somewhat uncomfortable reality through the dancer’s movements of conflict and struggle. There is a dissonance to the music, such as the sound of a broken record of a woman’s voice repeating the phrase “If I ever…sit”. Overall, 763 MILES is an interesting program that exhibits the two company’s achievements over the years.