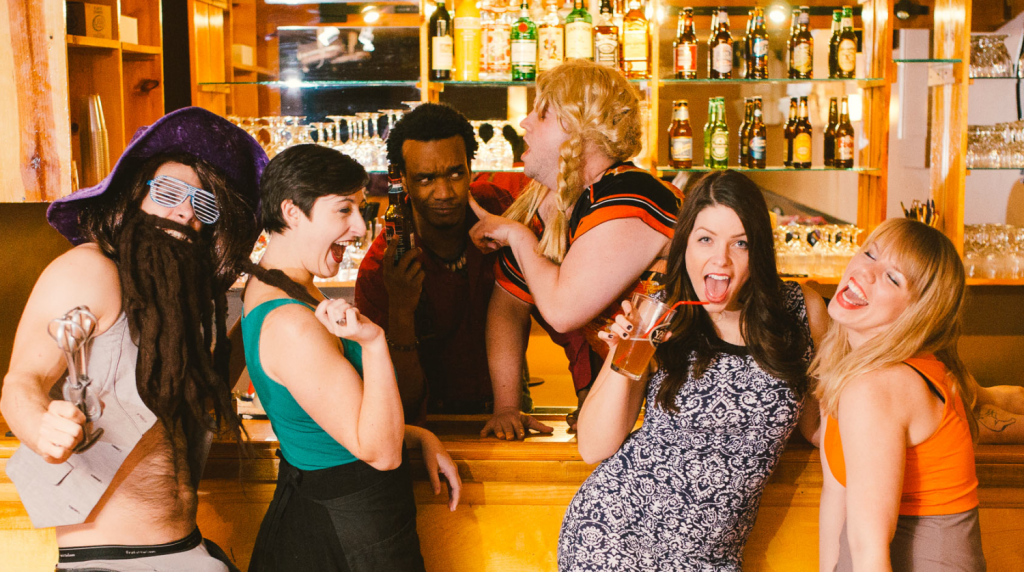 Sketch topics include a bourbon which induces instant black-out, an exploration of the question, “Why do girls always go to the bathroom in pairs?,” and beer goggles. BYE BYE LIVER could use an intermission, simply because the tipsy audience members need a bathroom break and a chance to socialize. One particular joke which hinted at date rape was met with an uncomfortable silence, but with the exception of that, BYE BYE LIVER is hilarious, and a great way to bring a typically non-theatergoing audience to a live performance. The show also includes a stand-up comedian opening act. Prepare to imbibe three or more drinks over the course of the show. [Urban Saloon, 2120 Fairmount Avenue] September 3–19, 2015, fringearts.combye-bye-liver-the-philadelphia-drinking-play.