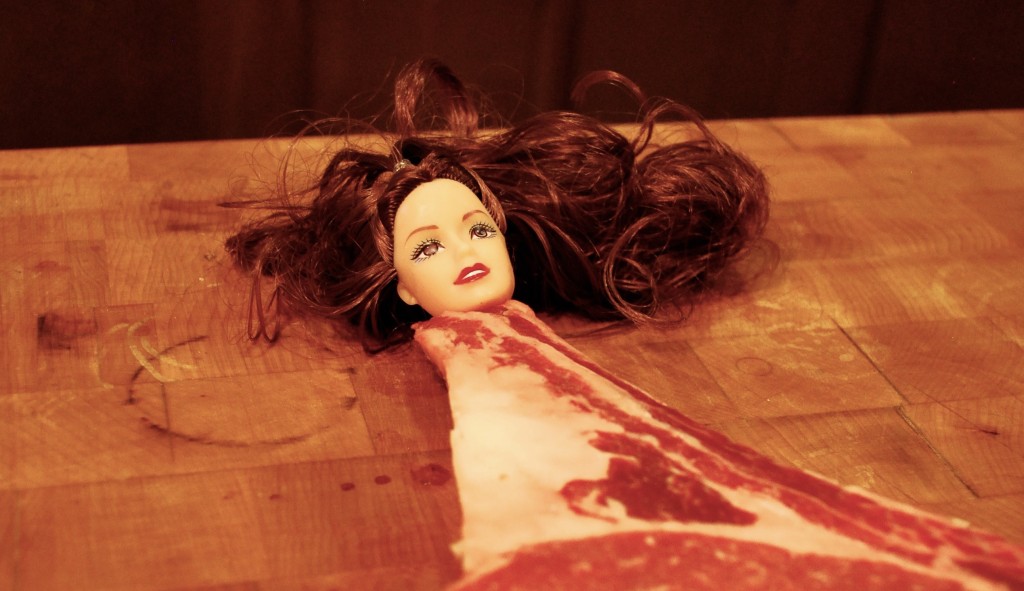 In SLAUGHTER/ETTE, a parody of The Bachelor, reality television contestants hope to score themselves an eligible bachelor by any means necessary—including going through humiliating assignments in the unreal scenes of reality television. The choice of the target for parody, as well as the production’s willingness to take that parody far enough to suggest things like failed contestants getting slaughtered like cattle, are a promising start for the show. The first half is entertaining and provocative, but the second half seems content to recycle the ideas and jokes instead of taking the parody and satire to new heights.

Everyone in the production throws themselves into their roles, ranging from vapid to creepy, with aplomb, and much of the humor comes from the four female actors’ talents for physical comedy and improvisation. Their energy only starts slowing down in the repetitive second half when they clearly run out of fresh material for their characters. SLAUGHTER/ETTE is fun, inspired and imperfect. It isn’t for everyone’s tastes, but it deserves a spot on the Fringe schedule of anyone who enjoys dark comedy and interactive theater. [Mascher Space Cooperative, 155 Cecil B. Moore Avenue] September 3-5, 2015; fringearts.com/slaughterette