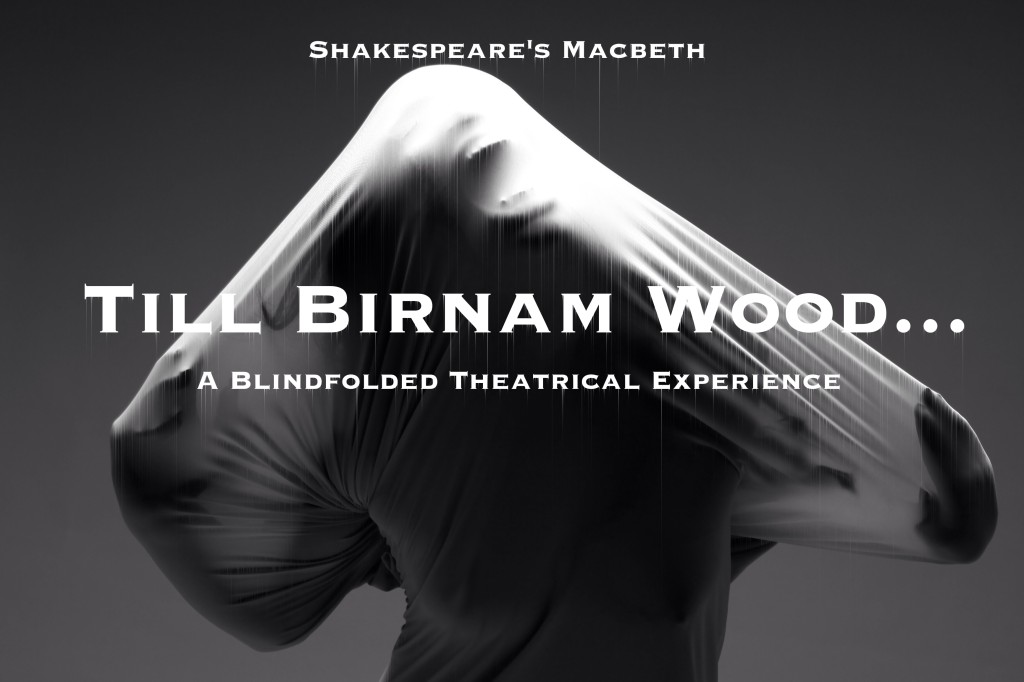 Whispers of “Tis time” are heard and blindfolds are donned. By dint of aromatic, auditory and acoustical stimuli, caresses of air and rain upon the skin, and other senses, sans sight, the audiences’ senses are piqued to the story Shakespeare’s Macbeth. Blindly following the flow of the Elizabethan language issuing forth from a capable cast who know their craft,  the malevolent ambition, murder, mysticism, mayhem and madness which makes up the world of the Macbeths (Kevin Patrick McGuire and Jennifer Summerfield) is clearly felt. The wonderfully wicked witch’s (Isa St. Clair, Katherine Perry and Angela Smith) hisses, laments and pernicious laughter add spice to the aural brew.  The vocal presence of Banquo (Director John Schultz) and Malcolm (Kevin Rodden), two of Macbeth’s main foils, render them palpable.

The heart of this 55-minute play beats in the emotional timbre of voices, rushes of air and sound from ethereal realms, notes of thunder and the clash of swords, and in small eerie silences that, without visual interference, loom seemingly large.  Not seeing the play is an illuminating experience; it appears in the mind’s eye, like a sequential dream or nightmare.  But then, afterwards, there were pieces of pine strewn about the stage… [Philadelphia Shakespeare Theatre, 2111 Samson Street] September  2-5, 2015; ringearts.com/till-birnam-wood