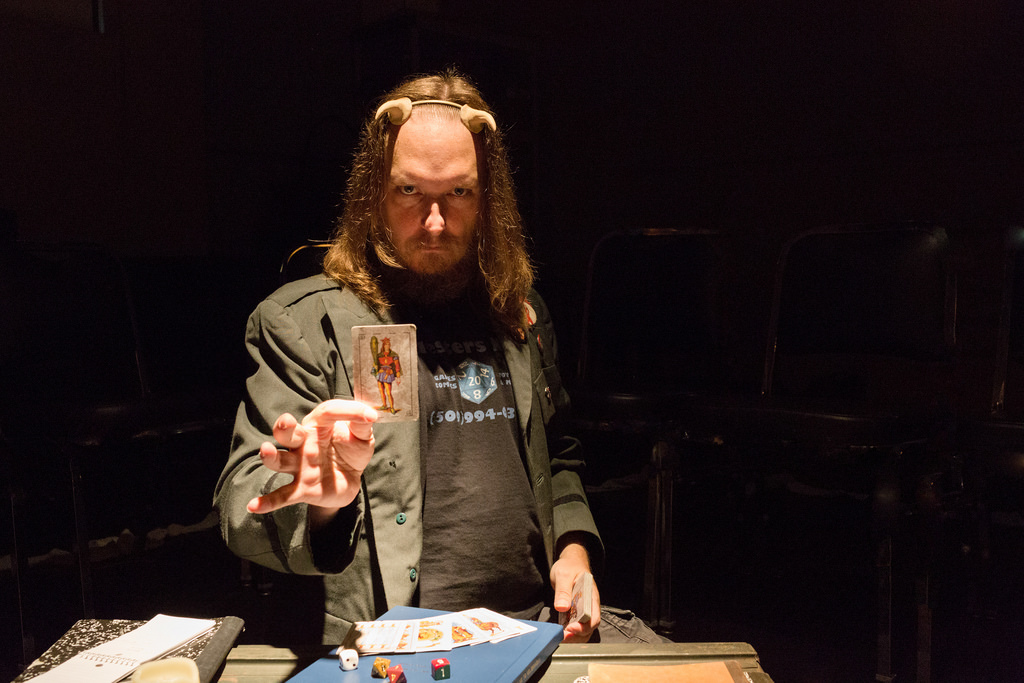 To describe FringeArts’ show NOW NOW OH NOW by Rude Mechanicals with any attempt at brevity is probably destined to fail, but here goes: it’s gaming experience theater with a locked room puzzle and biology lessons.

If you’re not familiar with the world of role-playing and tabletop games you’ll probably miss a few jokes and in general be more confused than the audience members with more expertise, but there’s a lot of fun to be had in discovering this world anew and even in finding it a bit strange. This concept also easily and naturally allows for audience participation while the playful meta aspects, well thought-through ideas and of course the free drinks are an excellent recipe for a fun Fringe night out.

As is often the case with improv, NOW NOW OH NOW has the occasional awkward moment and it’s not always easy to get some of the audience members to throw themselves into the games, yet that poses no big problems in this production. The ideas are fun and simple enough to be engaging and the self-aware humor helps make the awkward moments pass by and be forgotten. A bigger issue is the evolutionary lecture of the second half – essentially a long monologue – that raises several interesting points as well as has many fun moments, but eventually just takes too long and becomes repetitive.

Despite a few flaws and other bumps in the road NOW NOW OH NOW is above all an experience, and a interesting and entertaining one at that – whether you’ve ever played Dungeons and Dragons or not.[FringeArts 140 N. Columbus Boulevard] April 22-25, 2015 http://fringearts.com/event/now-now-oh-now/