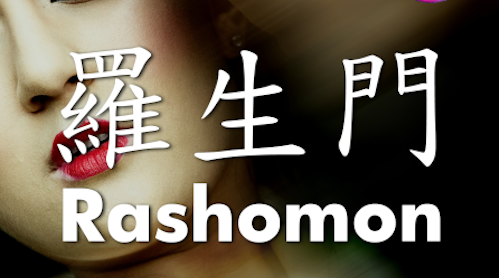 Kurosawa adapted his movie RASHOMON from two Akutagawa short stories (In A Grove and Rashomon), taking several artistic liberties to realize his own vision. The end result was one of the finest movies ever made and most certainly an original piece of art. The 1959 stage adaptation by Fay and Michael Kanin, now onstage by Luna Theater Company, is little more than a translation of Kurosawa’s movie.

The play starts when a priest (Richard Chan) and a woodcutter (Jeff Wu) recount the trial that happened over the murder of a samurai, and four conflicting accounts of the events unfold on stage. Apart from changing some details, both the story itself and how it’s presented are the same as they are in the Kurosawa movie. The only major change is the addition of oddly farcical elements that undermine the tragedy in the story for cheap laughs. The character of the wife, for example, was turned into a loud creature who manipulates and schemes with her womanly wiles and this caricature was accompanied by tiresome jokes about women using tears to get what they want.

The production’s mistakes with things like the way the actors gesture, the fact that Tajomaru wears a leather belt, and a dialogue that refers to modern concepts (“the police”) show a lack of familiarity with the historical setting of 13th-century Japan. Perhaps a more contemporary or culturally close setting would’ve served the play better.

Richard Chan and Jeff Wu do a very good job with their multiple roles and make the often-awkward dialogue work. Ru Pujara performs her roles with comedy and exaggeration without threading as far into the farcical dimension. Stephanie Walters gets lost when trying to portray the madness her character, the wife, sinks into at the end of the play.