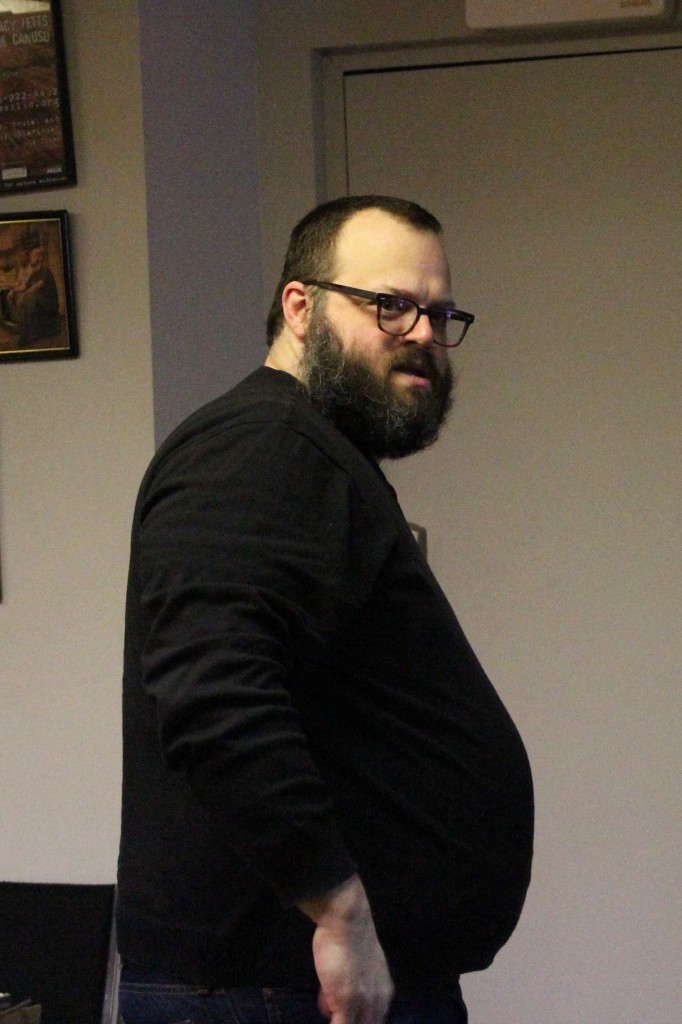 Actor Scott Greer arrives a little early to every performance. His costume takes about an hour to put on. 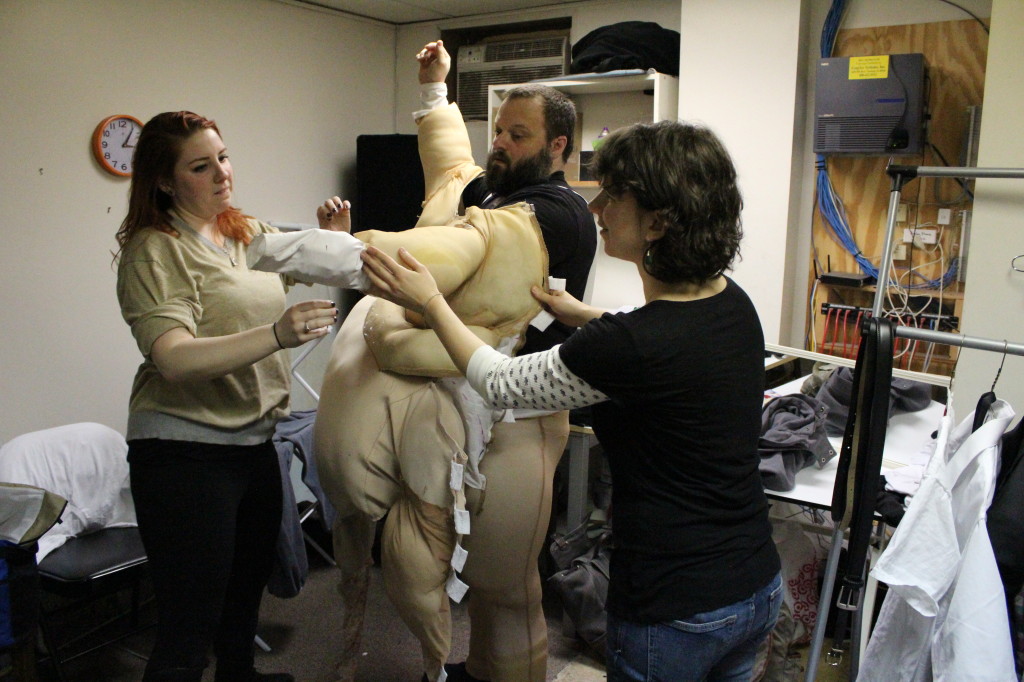 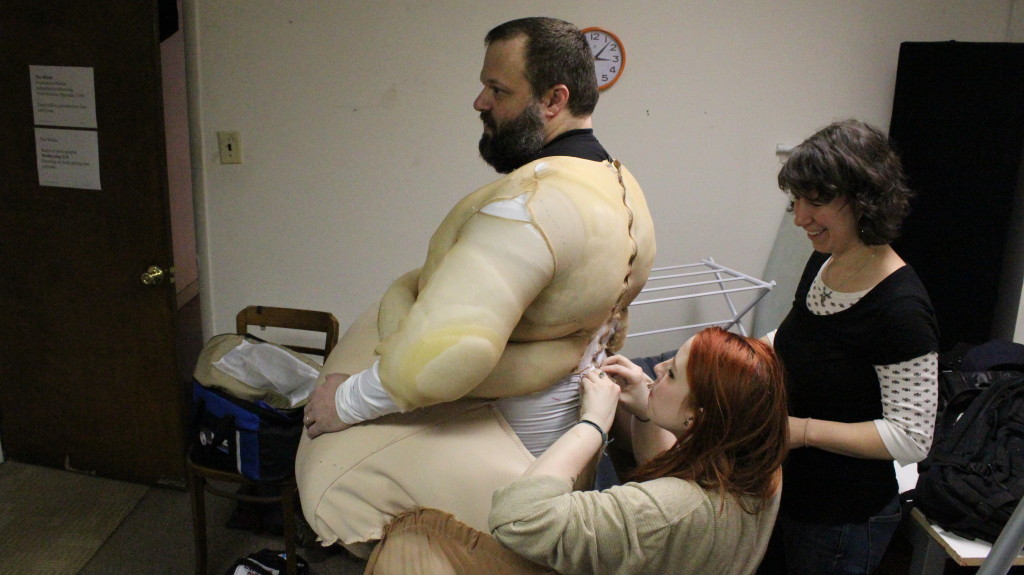 In total, the costume weighs about 50 pounds. “I’ve never [worn] anything like it,” Greer told the Philadelphia Daily News‘ Chuck Darrow. “I’ve done shows where I used puppets and stuff. This is like operating a puppet from the inside. That presents a challenge. It’s very heavy and cumbersome. After a couple hours, you feel it.” 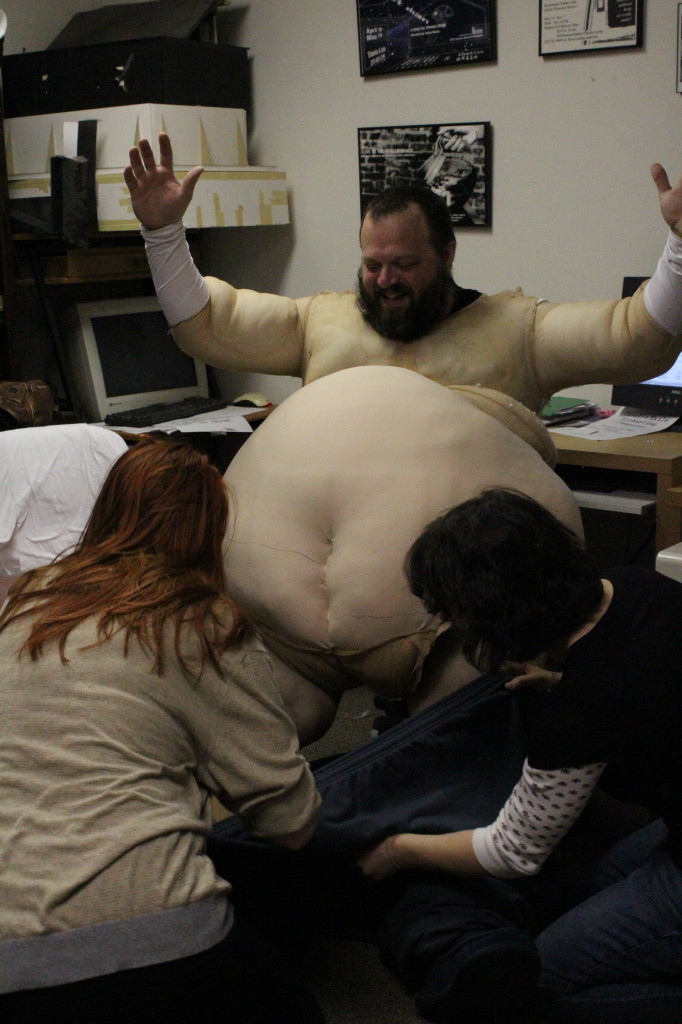 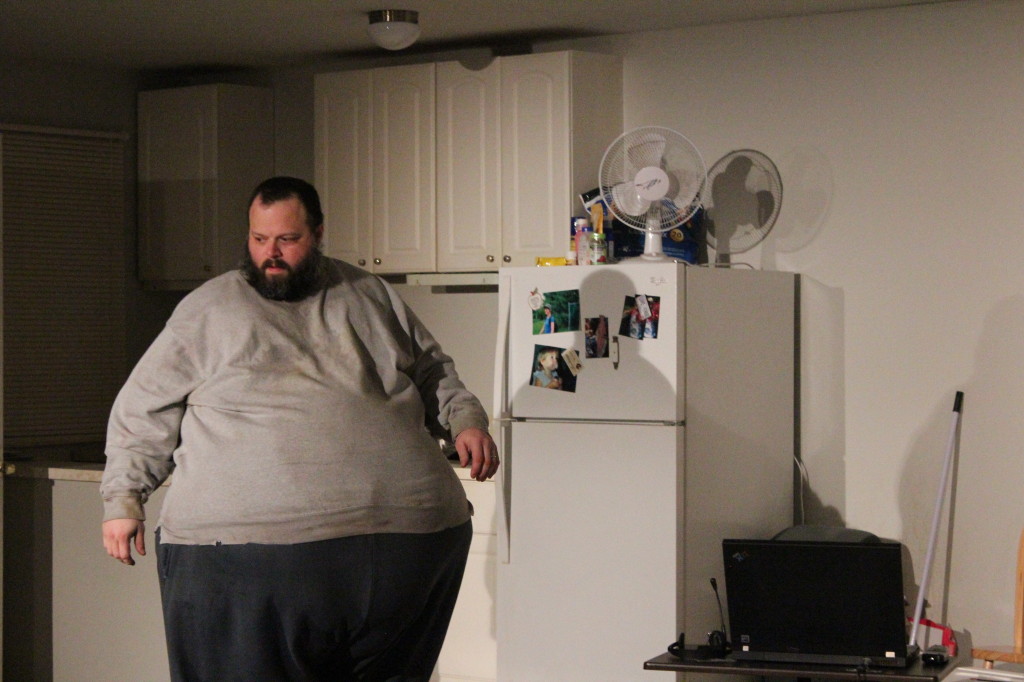 The intimate Studio X seating plot will also take an unexpected shape to allow for Scott to have a special dressing room. He will be prisoner to the stage before each show, as the enormity of his costume won’t fit through the aisles or doors of Studio X.