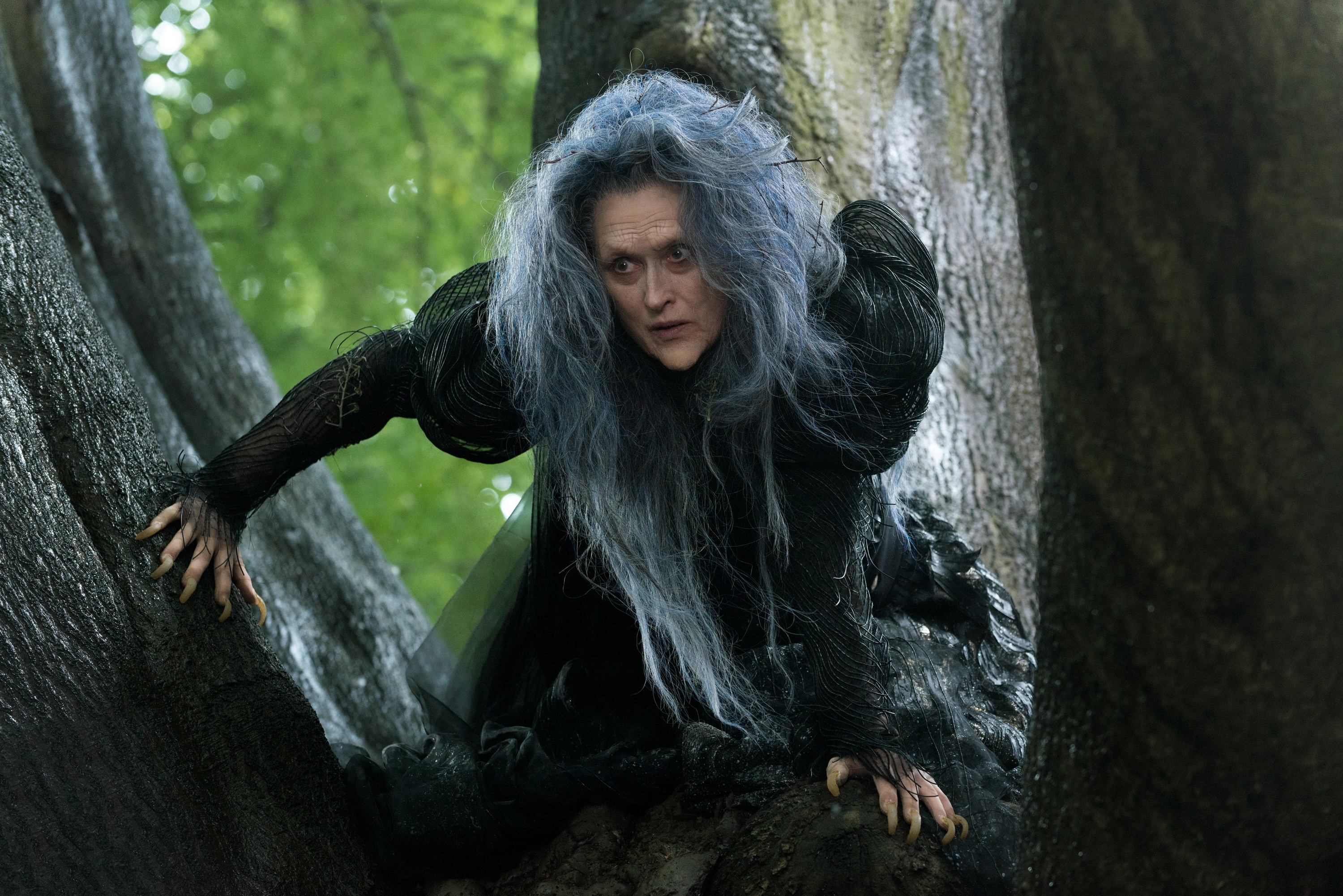 For the second time in his career, Broadway director-choreographer has done a masterful job in turning a hit Broadway musical into an equally excellent and accessible movie. Marshall sets “Into the Woods” as if it was a fairy tale. Scenes are shot in close-up. Performances are encouraged to be big and a tad cartoony. Sets and production numbers are lavish. All of the actors do well under Marshall’s direction, and Emily Blunt, James Corden, and Tracey Ullman offer the bonus of seeming naturally and in human scale even as they outsize their characters for the purposes of the movie.

Because of his ability to keep Into the Woods’s various plot threads clear and his discipline about not going overboard with effects or production values, Marshall teaches directors that ruined “Hairspray,” “Rent,” “The Producers,” and other recently filmed Broadway musicals how smart adaptation is done. About the only person whose matched him in bringing a Broadway musical intelligently to the screen is Bill Condon with “Dreamgirls.”

In “Into the Woods,” composer Stephen Sondheim’s, whose lyrics provide basic continuity, and book writer James Lapine show familiar characters such as Jack and the Beanstalk, the Baker and his wife, Little Red Riding Hood, Rapunzel, Cinderella, and de rigueur princes, stepsisters, and witches as they pursue all they wish for. They then show what “ever after” might look like and that is not always lived happily. (As Sondheim says in a lyric from a different show, “Ever after can mean one week.”)

Marshall moves his story along at a comfortable and absorbing pace while giving several magnificent entertainers the chance to amuse the “Into the Woods” audience grandly.

Meryl Streep, who plays the witch, is, we all know, capable of everything, and she adds to her canon of brilliance by playing a woman who may be haggard and ill-tempered but who is practical, pragmatic, and practical as well. She may also be the most useful and honorable character on the screen. Streep shows you the witch’s superiority while also betraying some human qualities, especially she is viewing her daughter, Rapunzel, from a distance. She does a great job with her shows, although “Children Will Listen” is truncated. In “The Last Midnight,” she sings my favorite lyric is all musical comedy literature, “You’re so nice. You’re not good, you’re not bad, you’re just nice. I’m not good. I’m not nice. I’m just right. I’m the witch. You’re the world.” She does all well.

The actress who stands out, however, is Emily Blunt in the pivotal role of the baker’s wife. Blunt finds an authenticity that eludes most of her castmates. It’s not that they are oversized or doing anything wrong, but only that Blunt manages to blend depth and simple humanity into her performance, perhaps because she is not playing a member of the royal family or a character with trait that makes her sheltered, eccentric, or in some way outlandish.

Tracey Ullman also has a natural side to her as feeble-minded Jack’s put-upon mother. A pleasant surprise is Anna Kendrick, a good actress but not one you’d expect to find in a musical or playing Cinderella. Kendrick not only portrays her part beautifully but shows talent as a singer. She also endows Cinderella with some wit, especially when she sings, “On the Steps of the Palace.” (That number does make me ask one question. During the entire time Kendrick sings the song, Chris Pine, as the prince who is supposed to be chasing her, is stock still at the top of the palace steps in easy reach of his “prey.” Usually, the song is sung when Cinderella is already back in the woods and away from the prince. It seems odd to see him hovering and doing nothing when his next act will be to pursue the woman he loves. Why doesn’t he move towards her? The pitch he spreads on the step may provide an answer, but the scene remains awkward.)

Pine, like Kendrick, shows his versatility as the prince. His counterpart, his royal brother, played by Billy Magnussen, shows all of the playfulness and wit he displayed on stage while originating the part of Spike in Christopher Durang’s “Vanya and Sonia and Masha and Spike.”

Johnny Depp, who loves to dress up and be extreme, is funny as the wolf wooing Little Red Riding Hood while considering how she’ll taste when eats her. Daniel Huttlestone is marvelous as Jack, showing a lot of poise for a young actor, especially one surrounded by a solid cordon of pros. Christine Baranski bring attention to the usually dismissable role as Cinderella’s stepmother. Frances de la Tour, seen more in sections than full face, looks like a determined giant. James Corden is excellent as the baker. You see his character’s soul and his will to be the best person he can be through his performance. I wish Marshall had retained the baker’s song, “No More,” possibly the most stirring in Sondheim’s score for “Into the Woods.” Corden would have made the number a defining moment, I’m sure.

“Into the Woods” goes beyond fairy tale into exploring a basic human dilemma, how to fight a destructive common enemy. In this case, the dilemma is not as poignant as some actual plights, because Sondheim and Lapine make the solution to easy.

“Into the Woods” entertains many generations on many levels. Bravo to Marshall for his achievement.