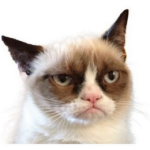 Although ASSASSIN was directed by Seth Reichgott, InterAct Theatre Company is its producing-artistic director, Seth Rozin, who runs a tight ship. ASSASSIN was okay but it was not enough of a play, considering the extensive work that the company can do. After arguing for an hour with a lot of unnecessary verbiage, we find that the thin black man blames the huge black man for virtually killing his father in a professional football game. The play was well acted and the production adequate, but InterAct is capable of so much more. Mr. Rozin has said he would like to buy the Adrienne Theatre and he automatically puts all his players into Actor’s Equity. He is a strong producer and he and his theater are on the rise. January 18 to February 10, interacttheatre.org. (Production also runs February 19 to March 17 at Act II Playhouse in Ambler, PA, act2.org.)