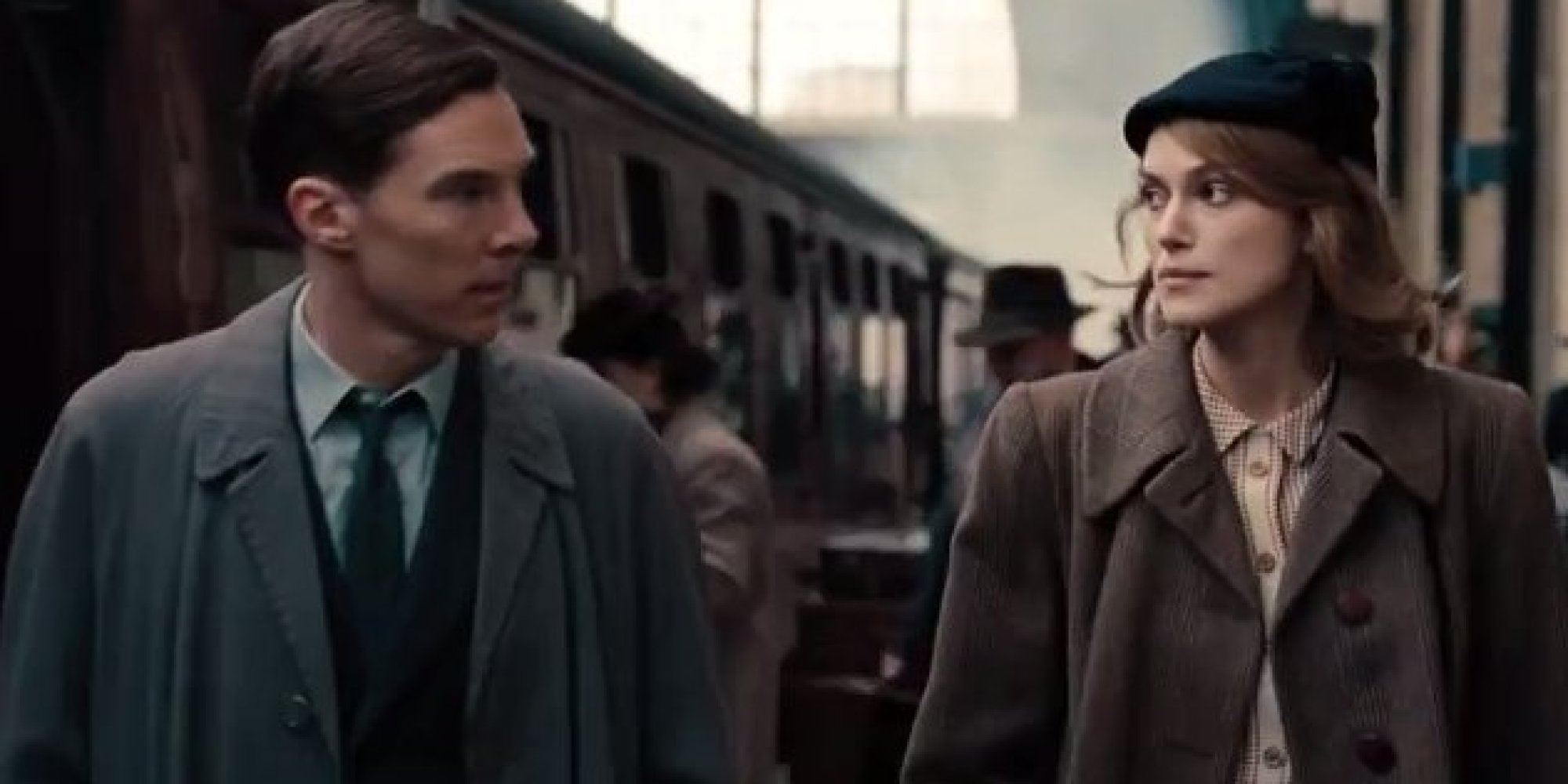 Morten Tyldum, whose name sounds like a recipe direction for beating a genius to idiocy, does a fine job of blending two distinct elements: Alan Turing’s role in creating a program that could detect and decipher Nazi Germany’s Enigma Code, and Turing’s arrest and conviction for gross indecency, the charge British law ascribed to men caught having homosexual relationships in the years shortly following World War II. It is Tyldum skill at keeping both stories simultaneously immediate and compelling that makes “The Imitation Game” such a potent movie. You understand all of Turing’s frustrations as he copes with military authority and criminal law while being a genius who marches to his own drum, and competently. Benedict Cumberbatch, in a more animated performance than usual, makes Turing’s traits abundantly clear as he makes you like and root for the mathematical savant and technician who so greatly helped the Allied effort in World War II and may have constructed what amounts to the first utilitarian computer.

While the outcome of both threads of “The Imitation Game” are known, some made familiar by Hugh Whitemore’s wonderful 1986 play, “Breaking the Code,” Tyldum’s movie, and Cumberbatch’s portrayal of Turing, keep you in suspense and make you want to see all that happens and to witness ultimate results. Tyldum’s storytelling, from a screenplay by Andrew Hodges and Graham Moore, is as intelligent as his movie’s lead character, and as charismatically sly. It entertains while keeping you curious, and it shows Turing in several lights, including as a chap who likes to pop to the pub for a pint, as opposed to confining him to sterile geniushood.

Parts of the movie make be predictable, such as Charles Dance’s intelligence commander becoming impatient with Turing’s progress and miffed at his refusal to adhere to military protocol, but they all contribute to the whole because viscerally, even beyond Turing and his story, we are all hoping his machine works, the Enigma Code is cracked, and the Nazi war strategy compromised. It’s like a mini-V-E Day when Turing’s victory is complete and put into action.

Dance is true to form as the traditional military figure who is not without wit or imagination but prefers order to it. You can’t expect his character to be anything less than nonplussed when he learns Turing has gone over his head to Prime Minister, Winston Churchill, Keira Knightley could be an Oscar contender along with Cumberbatch for her performance as the lone woman member of the Enigma team, Joan Clarke. Knightley goes beyond fulfilling her assignment as the movie’s primary distaff representative, to being a multi-faceted character who can challenge Turing and the other men with whom she must work. Matthew Goode, as another Enigma colleague, Rory Kinnear, as too devoted a police detective, and Allen Leach and Matthew Beard, as decoders, also add to the strength of Tyldum’s movie.