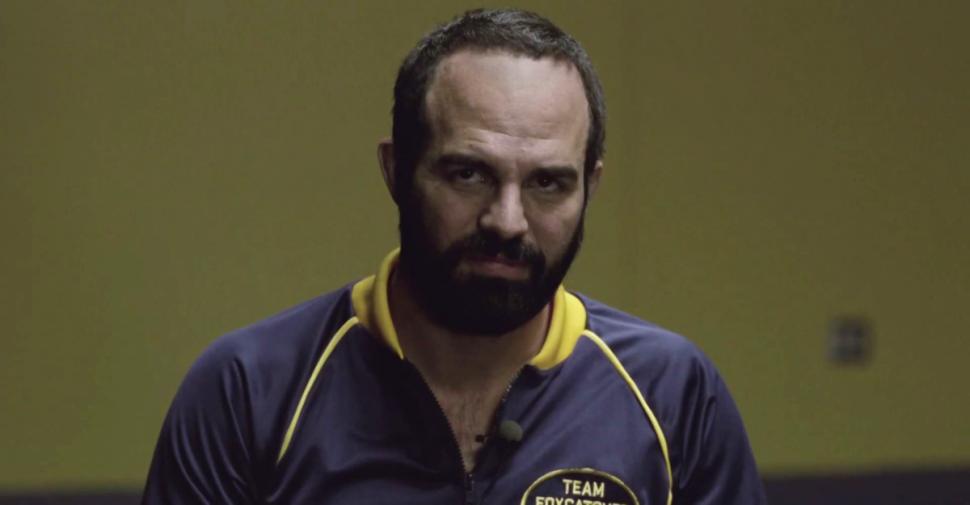 The characters in “Foxcatcher” are laconic in general and, when they do talk, speak in short, clipped phrases that compactly communicate what they want to say. Bennett Miller tells his stories in pictures, and they are articulated but not enough to keep “Foxcatcher” lively or compelling from a cinematic point of view. “Foxcatcher’s” virtue, and its reason for success is the suspense it breeds as a new way of telling an old-fashioned murder story.

The newspaper I’ve been associated with for several decades is the Delaware County Daily Times, and it is in the vicinity of Foxcatcher, the estate John duPont shared with his mother. The closest thing American has to a dowager heiress. The proximity, and knowledge of the story, made the film especially interesting to me, and through his restrained style Miller relates the story of men who want to achieve more than they want to speak. He is aided by fine performances by Mark Ruffalo, Vanessa Redgrave, Channing Tatum, and Brett Rice. Steve Carell has his most demanding film role to date as John duPont, a part that goes more against type than his appearance as the overreaching stepfather in “The Way Way Back” last year. He acquits himself well, but unlike Christoph Waltz or Michael Keaton, you can see him working at the performance and controlling duPont’s tics, quietness, and proclivity for platitudes.

Miller tries to give “Foxcatcher” some texture as a character study, for instance when John duPont orders the sale or slaughter of his mother’s stable following her death, but it is the plot that leads to the killing of David Schultz, and the psychosexual relationship with Schultz’s brother, Mark, that keeps one attentive. The rest is gloss. High-toned, but still gloss.

Mark Ruffalo, by keeping his character, Dave Schultz, totally natural and less actory than Carell’s or Tatum’s, delivers the movie’s most complete performance. You see Schultz’s devotion as a father and family man as well as his talents as a wrestler, a team organizer, and a coach. It is when Ruffalo’s Schultz begins to receive the credit and respect duPont wants for himself that duPont begins to turn on him.

Tatum works well in the laconic mode. He lends a sweetness to Mark Schultz who is not stupid as much as trusting and more willing to be led than his brother is.

“Foxcatcher” holds your attention but by the story more than the psychology or dynamics behind the story.