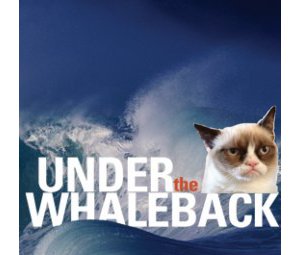 UNDER THE WHALEBACK, a tale of the sea taking place on a fishing ship, will upset audiences at the Wilma Theater until April 7. As she is wont to do, Blanka Zizka has presented the most horrendous and gory play of this season. Whenever she has a chance, she will never hesitate to make her plays shocking, gross, and unpleasant as possible. I have seen plays in Prague, and it it seems that the Czechs hate to make any play enjoyable. and Blanka is a real Czech! In his review in the Inquirer, Jim Rutter, was so busy praising the play he did not tell you of the vengeful young man who hides automatic nail hammers in the ship’s under deck bunks and then gets an old fisherman to close his eyes and put his hands on the table. Then staples the hands to the table in a most horrific way. As the actor screamed for 15 minutes, the audience was in shock and it was time for me to leave. Any civilized human being should not want to see this hateful play. March 6 to April 7, 2013, wilmatheater.org.

4 Replies to “UNDER THE WHALEBACK (Wilma): Grumpy Professor Review”