Dr. Debra Miller, Deb to her many friends, sees a LOT of theater. She is a judge for the reconstituted Barrymore Awards and a reviewer for Phindie and other publications. Indeed, by any count, she is the most prolific theater writer in town, with more articles about Philadelphia drama than any other writer for any publication. Henrik Eger talked to Deb about her background and writing, a companion piece to his interview with Phindie editor Christopher Munden on the site Drama Around the Globe. 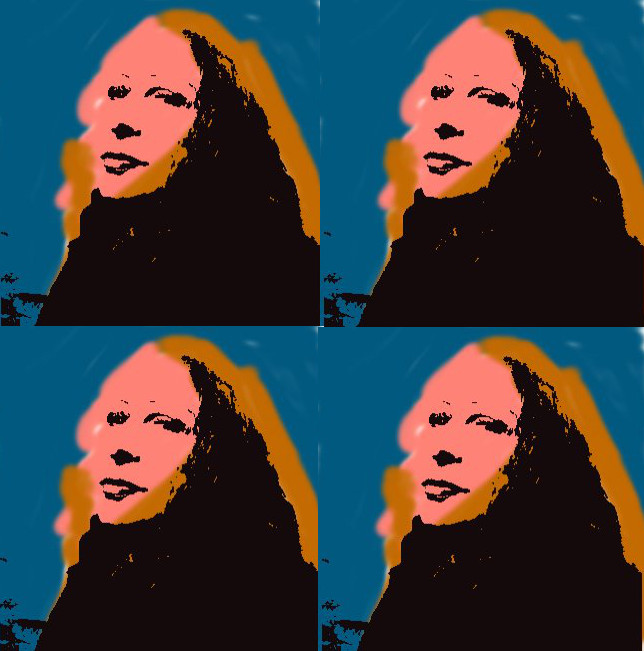 Henrik Eger: You are Philadelphia’s most prolific theater reviewers. How did you get started?
Debra Miller: I had been writing for several different publications and online sites for many years, including out-of-town papers and websites as the Philadelphia Arts and Culture Correspondent; I still contribute to Central Voice in Harrisburg. As a child, I saw every show on Broadway and many Off-Broadway, and when I lived in London, doing research in Art History, I attended entire seasons of the Royal Shakespeare Company in Stratford-upon-Avon, and many West End productions.

I love all the arts, and see so many inter-relationships among them, that it would be impossible for me to work exclusively in one discipline to the exclusion of all others, and I also think it’s important to bring a different perspective and background to my theater reviews.

HE: When did you begin writing for Phindie?
DM: I met Phindie founder and editor Chris Munden when we were both writing for another theater site. I liked his writing style, his well-tempered approach, and his kind and generous attitude, and I admired his mission with Phindie, as an advocate for theater and other arts in Philadelphia. He asked me if I’d like to do some posts for Phindie, and I did, and then just before the beginning of the 2013 Fringe, we teamed up to provide the most coverage of last year’s Festival. I’ve been very happy to be writing for him ever since last August-September.

HE: You contributed to Phindie‘s impressive Fringe coverage again this year. How did this year’s festival compare to the previous years?
DM: There were significantly fewer shows compared to past years—approximately 130 as opposed to more than 400 in the last few festivals—but in many ways that was better for Fringe participants. I had the impression that the individual shows had better attendance, since there wasn’t such an enormous number competing for audiences over the 2 ½-week period, and audiences and reviewers didn’t feel they were missing as many shows as they did in past years. I was very happy with my selections, both my 15 top picks in the Neighborhood Fringe theater category, and the extras I added to review from the Presented Fringe, dance, and music. I would say, based on the shows I saw, it was one of the best years ever!

HE: How do you go about writing so many reviews in such a short period of time?
DM: What works for me is to plot out my full schedule in advance, and to confirm the running times of each show with the artists, to ensure that I have enough time to get from one to the next. There were days when I had four shows scheduled to review, so it was essential that they all start and end on time! I had a few moments of panic when I received calls from the Fringe box office that a few of the performances I was ticketed to review were changed, but amazingly enough, the dates for all three worked out, and I was able to rearrange my schedule within those three dates, substituting one for another. What are the odds of that?

HE: How do you, as a person, cope with the constant adrenaline rush of not only seeing performances, but to write reviews, or edit them, or making decisions whom to ask to do what, always aware that each review represents Phindie in a critical world?
DM: I naturally have a high energy level, and am out virtually every night to review or to judge shows. There’s an adrenaline rush of being fortunate enough to be able to do what I love. Also, I’m not a procrastinator, so when I have a review to write, I write its—though not without allowing myself enough time to give serious thought to the work under consideration. I either stay up late or get up early, or stop home between shows to get some writing done. I believe the artists and companies deserve to have the reviews posted quickly, so they can make the most of the press they get in terms of generating interest in their shows.

HE: How does that hectic, non-stop schedule impact your private life?
DM: My private life is also my professional life. I think that’s true for most of us who’ve chosen a life in art. What would I be doing if I had the time off? I would be out at the theater with my husband, or at an art exhibition, or traveling with him or leading a study abroad trip to a destination that is rich in art, culture, and history. That’s who I am and what I do, and my husband is a huge supporter of the arts as well.

When we first started dating, my family and friends from NY, after seeing works by many of the same artists in both of our houses, all asked if everyone in Philadelphia has the same art collection. Ray and I did, and that was a good indication that we share the same passions. We were a perfect match. And my cats sit with me on my lap while I’m writing my reviews, and sleep with us at night, so they still get quality time and lots of love from me, even when I’m busy.

HE: What has changed for you? Where do you see yourself going next as a writer?
DM: I will continue to approach my reviews as I always have, as an historian; to contextualize the works, to consider how the production is representative of the period being portrayed or the style of the genre or the playwright, to consider some of the underlying themes and symbolism that might not be obvious to everyone. I think that’s very useful for a general audience, who might not be as familiar with the shows as a theater professional would be. I also will continue to write scholarly articles, books, and catalogs in art history, the discipline in which I earned my Ph.D.

HE: What have you been doing since the Fringe?
DM: The 2014-15 season is in full swing, so I’ve got a new slate of shows to review for Phindie and to judge for the Barrymore Awards. I also have a little more time to work on my art and theater study abroad trip to London in January. Plus, we went away for my birthday week in October. I always make sure to allow enough time in my schedule for travel. But the first thing I did after my last Fringe review was submitted was to pop open a bottle of champagne, to celebrate with my husband!

HE: Three cheers to you and your husband; three cheers to everyone involved in local theater, whether as a performer or audience member; and three cheers to Phindie providing the most extensive coverage of drama and theater arts in Philadelphia!

5 Replies to “Debra Miller: An interview with Philadelphia’s most prolific theater reviewer”