No dance company on earth has a history as moving as the Kibbutz Contemporary Dance Company. KCDC’s story begins with Yehudit Arnon, an 18-year-old Jewish dancer who was interned at Auschwitz. During the last Christmas before the horror of the Third Reich ended in 1945, the SS demanded that she perform for them in the barracks. When she refused, she was forced to stand barefoot in the snow as punishment. Determined, she swore to herself that night that if she were to live, she would dedicate her life to dance education. Arnon survived and moved to Palestine in 1948 where, later, she opened the Mateh Asher Dance Studio in Israel.

Following in her footsteps, the Kibbutz Contemporary Dance Company, as it is known today, was established in the 1970s. Rami Be’er, a dancer and a Kibbutz Ga’aton native, joined the company in 1980. In 1996, the legendary Arnon appointed him as the troupe’s artistic director. Be’er has been praised all over the world for his innovations and world-class ensemble. 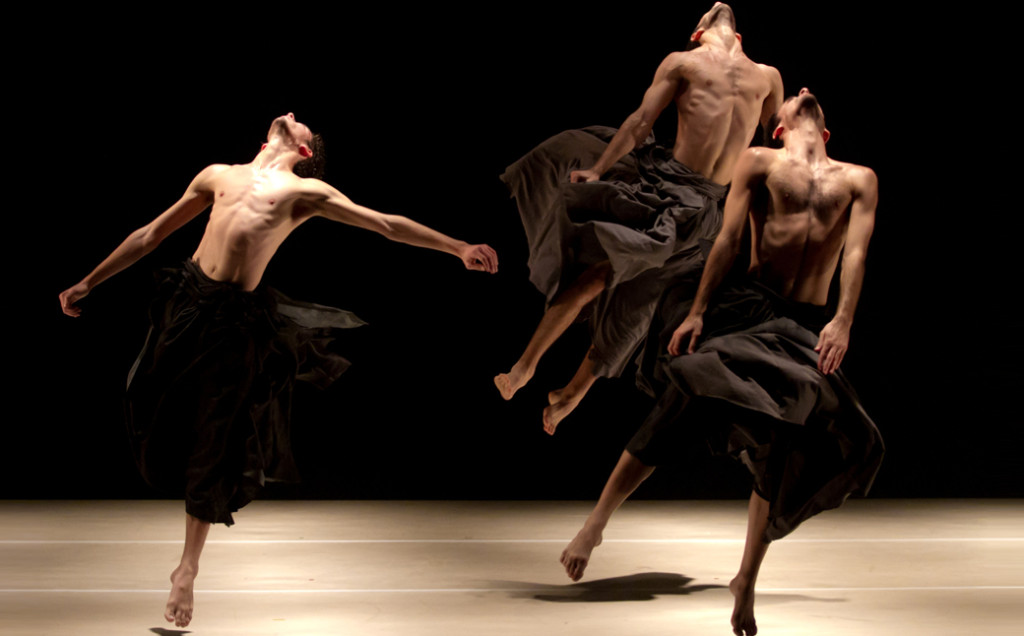 Henrik Eger: Many people might associate a kibbutz with down-to-earth settlers who worked in the fields decades ago—a far cry from Kibbutz Ga’aton which has become a modern “Dance Village.” Tell us more about the impact communal living and training has on the professional and personal development of the Kibbutz dancers, compared to city dancers in Tel Aviv.
Rami Be’er: The green hills and nature of the Galilee [where KCDC is located] provide us with a different atmosphere than an urban environment. The International Dance Village in Kibbutz Ga’aton is a campus, meeting-point, which creates a closeness with all the dancers in our community. Our campus includes dancers from our main company, second company, members of our international 5-month and 10-month Dance Journey Study Abroad Program, and other year-round programs where dancers from our main company teach my repertoire to our various programs.

Eger: According to The Jerusalem Post, “The Galilee Dance Village at Ga’aton aspires to bring the Western Galilee’s mixed population together, promoting coexistence.” Could you give some practical examples? How many of your dancers are Israeli, and how many came from other countries? Are there any Palestinian or Arabic-Israeli dancers in your ensemble?
Be’er: I believe that human beings are human beings in every place. I believe in equal opportunity and in living together—side by side. All people inherently have their own rights. In the International Village we follow the same ethos.

In our vicinity, there are many Arabic villages. Our activities include outreach to their communities. Students and dancers from our company are active in their Arabic dance communities. Two-thirds of our company members are Israeli and the other third come from abroad. At the moment, we have dancers who are from Portugal, Ukraine, Russia, the United States, Denmark, and South Korea. In the past, I’ve had Arabic dancers, but not at the moment, but this is something that changes from season to season. In dance, I do not choose dancers according to their backgrounds, but based on professional standards.

Eger: Is it true that the Israeli Ministry of Culture offers a monetary prize for “art-oriented Zionism”? If so, how do you infuse Zionism into your choreography? It sounds almost like the Israeli equivalent of the infamous Soviet government’s demand that artists portray Soviet Social Realism in their work.
Be’er: My creation and art isn’t influenced by prizes. I don’t create for prizes and am not influenced by prizes to direct my artistic process. I create from my own search that evolves from the truth within.

Eger: Whenever there is a war with neighboring countries like Lebanon or Palestine, where large numbers of Arabic people get killed, protesters around the world stand outside theaters where you perform, in Europe as well as in North America, for example, just this fall: Turin, Italy; Cleveland, Ohio; and now Philadelphia.

The Philadelphia chapter of “Students for Justice in Palestine” quoted a document from the Ministry of Foreign Affairs, featured in Israel’s progressive newspaper, Ha’aretz: “As part of ‘Brand Israel,’ [KCDC] has to sign a contract stating that: ‘The service provider [in this case, the Dance Company] is aware that the purpose [. . .] is to promote the policy interests of the state of Israel via culture and art, including contributing to creating a positive image for Israel.” The protesters concluded, “As such, we view this dance company as an extension of Israeli governmental policy, which sets them apart from a dance company simply based in Israel.” How do you respond?
Be’er:  Kibbutz Contemporary Dance Company is a cultural entity that is built from different individuals. Each individual has his or her own opinion as a free human being. We, as a performance group, do not have an opinion about political issues nor other issues. We present our art. We live in the State of Israel and we create in the State of Israel. However, in our artistic process, we don’t wake up in the morning, enter the studio, and ask ourselves, “How do we present or represent the State of Israel?”  This isn’t the basis for our artistic creation.

Eger: Yoni Avital, your international director, has denied that the KCDC has signed any such contract with the government: “We do not have any such agreement with the Ministry of Foreign Affairs or the Israeli government where we are required to show or represent a certain image for the State of Israel. No such document exists.”
Be’er: As an individual, I have my own very clear opinions regarding the occupation. I am against the occupation. I am for compromise and for a two-state solution for two people. Of course with security measures for both sides and all involved. I would like to say that the State of Israel is a democratic one and the artists here do not experience any pressure from the government regarding how to create and what to create. I’m a free man, and I can create what I feel and think. 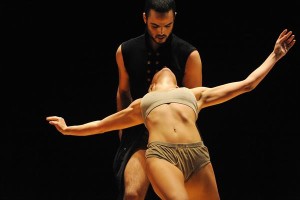 Eger: Henia Rottenberg, a researcher from the UK, called you a “Political Choreographer”—“one of the first artists to touch the core of Israeli society, [being] courageous enough to meet a controversial and sensitive issue.”
Be’er: For me, dance, music, visuals, and what we create on stage are ways to create bridges of communication among people of different backgrounds, cultures, languages, and religions. Not that I’m naive in believing that a single piece or performance can change the political and social issues of our time, but our performances may be modest contributions toward creating a better world.

Eger: Steve Sucato, a Cleveland dance critic, described what he considered “perhaps the most moving scenes in the intense work [which] involved the dancers performing to sounds of gunfire, explosions and people screaming, conjuring up images of the military conflicts plaguing the Middle East and elsewhere in the world.”

In your performances, audiences might sense that you are carrying the spirit of Yehudit Arnon, the dancer at Auschwitz, into our time, marred by the deadly Israeli-Palestinian conflict—perhaps inviting us to work toward solutions for a better tomorrow for all.

*Yiddish, literally: A beautiful thank you.
**Hebrew: Many thanks.
*** Hebrew and Arabic: Peace.