And Then There Were None. By Agatha Christie. March 10–April 26, 2015. Walnut Street Theatre, 825 Walnut Street. walnutstreettheatre.org. 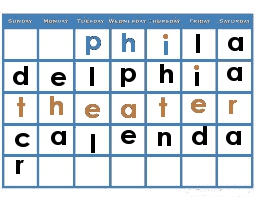