There is quite a lot of yelling in BROKEN PEOPLE, the new show by local actor and playwright David DelBianco. The three characters he portrays in this solo show are so full of venom that they positively drip with it. Rage, spite, and bottled-up fear block them off and prevent them from connecting to people in their lives, and so they instead try to control them. That inevitably fails, leading them down a vicious circle of abusive recrimination. 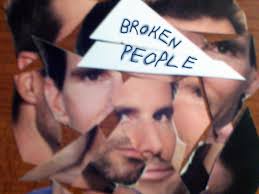 In case you can’t tell, this is a very dark show. The emotional register peaks at anger and dips down to seething, and we’re not given a break. Even with a running time of less than an hour, the play asks a lot of its audience. Like the characters, it wants more than it is able to give. DelBianco tries to connect the stories together in a Tarantino twist, but it doesn’t take. In the end, there’s no rescue in these relentlessly bleak stories, no redemption, and no chance of escape. [Walking Fish Theatre] September 12-20, 2014; fringearts.com/broken-people.