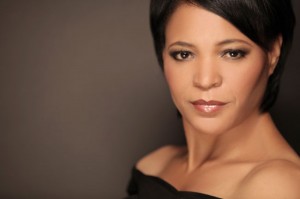 As a culture, we are fascinated by celebrities’ elusive personal lives. Silver Stage Company’s BY THE WAY, MEET VERA STARK questions the responsibility we bestow on Hollywood stars, especially actors representing those who struggle for fair and equal representation in film. Bending the rules of dramatic structure, Lynn Nottage’s play visits the beginning of Stark’s career and later jumps to an academic panel in the present. We, the audience, know Vera a little better through the first act. However, the scholars in the second act criticize and dissect her acting career and public persona for pandering to racial stereotypes. The unanswered question about this fictional African-American actress remains: Should we praise her for advancing black visibility in Hollywood, or condemn her for the way she did so? More importantly, as one panelist asks, “Are we expecting too much of her?”

Despite the confines of the space, the cast and director Tanya Lazar invest you in the story through unique characterization and spot-on comedic timing. Kimberly S. Fairbanks brings likeability, vivaciousness with a touch of mystery and pain to Vera Stark. Newton Buchanan also shines in his two roles through strong stage presence and chemistry with his co-stars. BY THE WAY, MEET VERA STARK may leave some audience members unsatisfied who are looking for clean and clear endings, but most likely Nottage aims to vex us with her play, not baby us. [Fleisher Art Memorial, 719 Catherine Street] September 19-21, 2014; fringearts.com/by-the-way-meet-vera-stark.