For one night only, Gustavo Ott’s engaging play PASSPORT comes to Philadelphia with its appropriately international cast. It’s directed by Alfonso Rey and stars Noelle Mauri as a woman who accidentally arrives in a foreign country where her inability to speak the language leads to two local soldiers played by María Fernanda Rodríguez and Yajaira Paredes taking her into custody as a suspected terrorist. The production is in Spanish, but English subtitles are provided—albeit ones that are often out of sync and ironically must have been slightly confusing to non-Spanish speaking audience members. 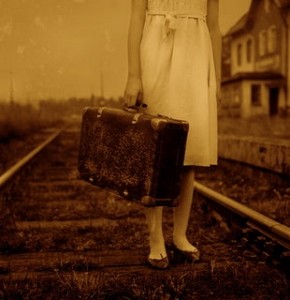 Through PASSPORT we see how the consequences of not being understood—whether because of language or culture—can turn a person into a non-person, someone who is “other” and can therefore be subjected to inhumane abuse. The cast does a very good job of conveying the shifting shades of trust and distrust between the characters who struggle in a maze of confusion, arbitrary decision-making and endless opportunities for abuse of power. The script has some lighter, humorous moments in between, but for the most part it is a dark look into what we are willing to do to those who are not us. From a technical point of view, the video segments meant to convey the universality of the piece end up taking away from the emotional tension and seem unnecessary since the play’s story is so universal to begin with. [Painted Bried Art Center, 230 Vine Street] September 18, 2014; fringearts.com/passport.