This is an opera about monsters—the Frankenstein of the title, a monster we know well from films if not from literature, and the ways in which people become monsters. It is based on the story of how Mary Shelley (Kristy Joe Slough) came to write Frankenstein, or the Modern Prometheus in response to a dare from Lord Byron (Brendan Norton) for his friends to write a horror story while they simultaneously took turns bedding and punishing each other. 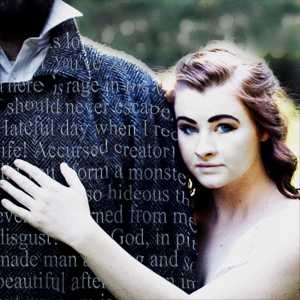 Using the setting of a living room upstairs in The Franklin Inn Club, a literary club founded in 1902, the audience and performers were so close they might well have been spending the evening together in a social setting, except that some of the guests had a tendency to break into song. The libretto, written by the director Brenna Geffers and the Philadelphia Opera Collective, condensed time and played with gender expectations.

Although it felt a bit forced at the start, the proximity of actors, piano, and audience on a hodge-podge of chairs and sofas began to create a connection that transcended some of the weaker moments and the less than polished costumes. The singers’ voices were generally strong and pleasant and even seemed natural after a time. A pleasant evening and the precursor to a lot of discussion on the issues raised and the history portrayed. Directed by Brenna Geffers, Music by Josh Harman & Reese Revak. [The Franklin Inn Club, 205 S Camac St.] Sept. 12-21, 2014. http://fringearts.com/event/by-you-that-made-me-frankenstein-4/.