The PR material for Nassim Soleimanpour’s WHITE RABBIT, RED RABBIT cautions media to “keep in mind that the playwright lives in Iran. This play is NOT overtly political, and should not be portrayed as such.” Which is a bit like telling someone not to think of pink elephants: one can’t help but consider political implications. “It operates on a deeper, metaphoric level,” the language continues. And this is true. WHITE RABBIT, RED RABBIT is deeply political, but only in the sense that every act we take, every interaction we engage in, is a political act. We choose how we treat people and how much we want to attack or engage with others, yet we are all actors within our political culture. 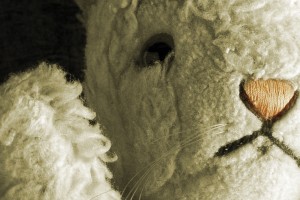 Having refused military service, Soleimanpour was forbidden from leaving Iran. He sent this play around the world in his stead. Each night, a new actor opens a manila envelope and reads the script for the first time. The spontaneity of the performance (given amiably though with tentative nervousness by Mary Lee Bednarek on the night I attended) allows the author to engage with the audience from miles away and years ago. There’s a simple set: a ladder, a table with two glasses of water (this is important). And a simple script, with metaphorical tales about rabbits among contemplations on life (“the 18th type of suicide”) and our place within the viciousness of society. It’s a neat conceit and makes for raw, engaging theater if we are willing to go along for the ride (will the actor drink the glass with poison or not?). However, Soleimanpour wants us to leave contemplating the big questions: mortality and morality. WHITE RABBIT, RED RABBIT is an entertaining curiosity, but it doesn’t quite hop that far. Or am I just being too critical? Politics.  [Christ Church Neighborhood Church, 20 N. American Street] September 6-21, 2014; fringearts.com/white-rabbit-red-rabbit.