Dale J. Pearson’s tidy little horror play from Britain concerns two actors and a director making a macabre indie movie somewhere in Estonia. This Neighborhood Fringe show, directed by Sean Connolly, transpires in the murky basement of an old church in Manayunk. The space lends an ideal sinister atmosphere to a play which, like many psychological thrillers, is more intimation and suspense than action. 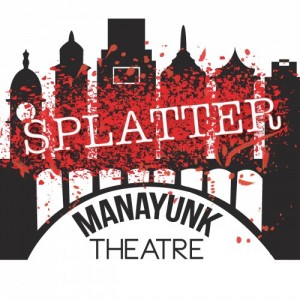 Ken Sandburg is Parish, a character who plays his cards close to the vest. He’s directing a slasher movie about a maniac who has captured a cheerleader and keeps her in restraints against his wall. Brookelyn Rose plays Grace, an actress who plays the unfortunate cheerleader in the movie. Dexter Anderson is Webb, a wary actor who dons a pig mask for movie scenes, but harbors suspicions because the script is incomplete and Parish’s movie production crew is unaccountably delayed. The show’s program, a work of art in itself, features a long and humorous obit list. And when the show’s over, you exit through the dark graveyard. This brand new little theatre company does a commendable job with their debut production. [St. David’s Episcopal Church, 150 Dupont St.] September 5-14, 2014, http://fringearts.com/event/splatter-09-14-14/.