Now in its 18th year, the Philadelphia Fringe Festival has changed a lot since its early days. Once a small weeklong Old City event, with shows and happenings across the neighborhood, the sprawling festival now takes place in venues around the region and attracts performers from across the globe. Michelle Pauls has been around for it all. She and her now-husband Stan Heleva (co-directors of Walking Fish Theatre and B. Someday Productions) were involved in the very first festival, and Michelle has continued to produce, direct, host, or perform in shows almost every year since. She’s back this year in Philadelphia Experimental Theatre Ensemble’s LIVING IN EXILE: A RETELLING OF THE ILIAD. She spoke to Phindie about this show and her memories of Fringe’s past.
— 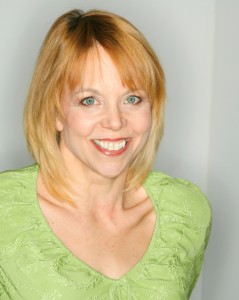 Phindie: So you’re back for another Fringe, how many shows do you think you’ve been in or been involved in over the years?
Michelle Pauls: OMG, I remember the first Fringe and we did two plays, one Stan wrote and an short one I wrote. Plus, I was in a couple other things, and our band performed. I have probably been in over twenty Fringe shows, but it slowed down after my daughter, Astrid was born in 2002. I remember one year I had five shows going at the same time, those were the days!

Phindie: What attracted you to LIVING IN EXILE?
MP: I have always LOVED the big Greek plays and their BIG ideas of justice, revenge, balance. I took part in a director’s workshop hosted by Ellen Stewart of La Mama in Umbria a few years back. My room was right next to hers in this 800 year old converted convent/artists colony. At night, she used to show a few of us videos of her productions on the hillsides in Greece, of The Trojan Women, Elektra, Oedipus. It put the fire in me to stay open to the call of the muse. Making contemporary theatre while infusing these ancient, eternal, instinctual drives is so exciting to me! In addition, I was attracted to working with the excellent musicians, Dan Ison and Steve Crino, who are creating the music right in front of us, with us, we are all creating together. So cool.

Phindie: What’s your role?
MP: I play Briseis, the “prize above all prizes,” a Trojan woman, captured by the Achaians and given to Achilles as a prize. She was given to him because she was considered special. She uses this idea of being special to her advantage, plotting her revenge for the rape and decimation of her village and family for ten years. It is this slow burn of seeking revenge while making a life work with the Greeks that so fascinates me. She describes each year of the occupation and how it affects her, from silent shock and tearless supplication to seduction of the “not-yet-crazed” warriors to making the plans for the great uprising. It is exhillerating!

Phindie: Tell me a little about Philadelphia Experimental Theatre Ensemble.
MP: It’s a young company, but I have known [director] Terri Epp for many years, having first met her through Stan’s first art partner, T H Cornell, many many years ago! When we were all in a band together (Edgar Allen and the Poettes), and Stan and Tad were performing their verse poetry.

Phindie: The Fringe has changed a lot over the years. What do you miss about the old days?
MP: I remember the first years of the Fringe with such fondness! Stan and I used to host out of town artists in our apartment. There was art everywhere! Impromptu! You could walk down Second Street in Old City and stuff would just pop out at you! And we used to perform at the Cabaret every year. The band would create rock musicals for the Fringe. We had crazy costumes, see incredible performances, dance, music. I miss the rawness of it all.

Phindie: What excites you about the festival as it is now?
MP: I am excited that the Fringe has spawned more Fringe! There is the Fringe/Fringe. And all the neighborhood Fringe, but I guess they don’t really do that as much anymore. But I did see that there was an overnight show which piqued my interest. Although I can’t really go out to do that kind of stuff right now because I have to get Astrid up for school in the mornings.

Phindie: Are you going to have the chance to see some other shows? Any tips?
MP: I really want to see Til Burnam Wood, by a friend of mine, John Schultz. Such a great idea–experience Shakespeare in an altered dimension. And they are doing my FAVE Shakes play!

Phindie: Thanks Michelle!
MP: Thank YOU!

LIVING IN EXILE: A RETELLING OF THE ILIAD runs September 17-21, 2014, as part of the 2014 Philadelphia Fringe Festival; fringearts.com/event/living-in-exile-a-retelling-of-the-iliad-6.

2 Replies to “Fringe interview with Michelle Pauls: LIVING IN EXILE and the early days of the Fringe”