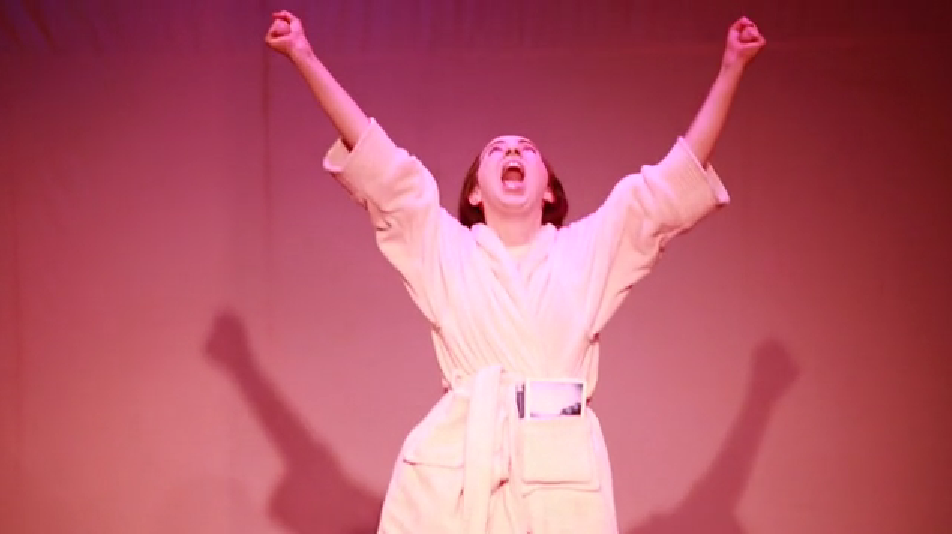 Needless to say, with over thirty individual shows slated to pop up across Philly from June 19-29, it can be hard to decide where you’re going to spend your pocket money.

In (the penultimate) episode ten, we’ve got nothingness Goethe in a secret secret place, grief clowning in West Philly, and autobiographical anatomy in Rittenhouse.

Alexandra Tatarsky might be best known for not actually being Andy Kaufman’s daughter. But you can find her frequenting open mic nights in hell as other people she isn’t, including Dippel (a 17th-century Austrian alchemist), Selena (a Jewish-Puerto Rican spoken word artist) or Francis (a mound of dirt). We talk about SIGN FELT!, her adaptation of a Goethe novel, and being youtube-famous:

Julius Ferraro: How’s your internet fame (and role in a nation-wide hoax) informing your current work?

Alexandra Tatarsky: I’ve tried not to let my two days of internet fame affect my work all that much. Live performance always feels risky to me. There are live humans in the room! Who knows what they’ll do? They could laugh, cry, stab you in the face, walk right out, or (worst of all) do nothing at all . . .

Although—fudge!—now that you’re asking me, I am reflecting upon those winter months following the confession and the craziness. I found myself plagued by rather big and unwieldy questions like: Who am I? So I decided to spend time every day figuring it all out but I didn’t get very far. And from that despair came this wretched and hilarious show.

JF: Tell me about adaptation.

AT: SIGN FELT! is a brand new baby piece I am excited to share in its raw, frenetic state. I do have grand plans to continue adapting the novel. I have always wanted to do a very long show that takes the audience through many phases of a day and night, through meals and slumber parties, movement and delirium. But we’re not there yet. This part covers Wilhelm’s adolescent anxieties, confusions, madness, doldrums, immaturity, insecurity . . . you know, the important stuff.

I am interested in the desire to seek or make narratives, to tell the story of one’s life so that it makes sense—and I am interested in resisting that impulse. In this piece, I wanted to find that place where everything is breaking down into little hysterical pieces but it’s ok. We are speaking gibberish together on the beach.

JF: You describe your play as “a bildungsroman for an idiot.” Isn’t the whole point of bildungsroman to go from being an idiot to a smartie?

AT: Perhaps (you smartie)! But what if the idiot is the smartie? What if we pause at that moment when the idiot is beginning to realize that maybe he is an idiot but we give room to his gasping, growing idiot self to be heard and be wise in his sweet idiot way? 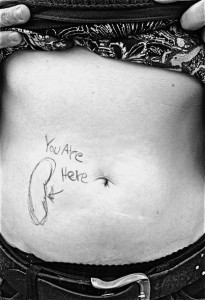 Joy Cutler is a Philadelphia playwright who’s leaping back into performance—with her semi-autobiographical Anatomy Lesson—after a brief, 16-year hiatus from the stage. We talk about chicken, potato thieves, and the question of success:

JF: Gimme the lowdown. What’s this piece got that we can’t get anywhere else?

Joy Cutler: Here it is: Anatomy Lesson is going to prove once and for all that there’s nothing in the world that doesn’t go with chicken; it’s got a safe but loud method for relieving anxiety, the playing of an instrument that probably shouldn’t be played by anyone over the age of three, a new way to think about generosity, a better appreciation for what these things we call bodies do for us and, of course, a lesson in anatomy. I think it’s a safe bet that you’re not going to find that combination anywhere else.

JF: What are you doing for this piece that you never would have done if not for SoLow?

JC: What I’m doing for this piece is that I’m actually DOING IT. The emphasis that SoLow has to keep it low cost, low maintenance and low stress influenced my decision to actually write the show and perform again, which is fantastic.

JF: You’ve been in Philly writing plays for a little while now. At this point, how would you define “success” for a Philly playwright?

JC: To be blunt, a production. Some way to get your work in front of an audience whether it’s on stage or your living room or in an elevator. If I’m writing for theater then I want my script to have a life. I’m not going to become a better writer if I can’t see what it’s capable of becoming. A production is great, the learning from it is a big part of the perceived “success” for me. If a script never has a production then it’s kind of like giving birth to a 2-dimensional baby. You created it, but it can’t do much. It just lies there staring at you like a flounder. The real sign of success is working with a director who so completely gets what you’re doing and a cast who can take the script and do even more with it than you knew the script contained. 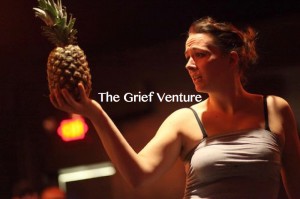 Cindy Spitko defines herself as an experimental story-teller. Having performed musicals, cabarets, world premiers, stand-up comedy and play development, and having worked with companies like EgoPo, New Paradise Labs, and White Pines. We chat about her playwriting debut, The Grief Venture:

JF: Tell me about venturing into grief.

Cindy Spitko: In the winter I began interviewing people about their experiences (or adventures) in grief. The rules of the interview were simply that their experience didn’t have to do with the death of a loved one. It could be about the loss of a job, a break-up, missing home after moving away, whatever. It just had to deal with grief, with the grieving process. I interviewed people because my experience with grief is rough. Incredibly emotional, raw, I become incapacitated and sometimes those feelings randomly rear their head in the middle of the day without any warning. So I went out and tried to do some discovering, that’s where the interviews came in. What is this thing, this grief, that we all feel, we all have felt, yet we don’t talk about it? What is the essence of grief?

In every interview people mentioned a very clear image they attached to. A sound, a smell, a taste, some sensorial thing that they could still grasp on to. Grief starts in your gut and must come out eventually.

JF: Tell me about the interdisciplinary elements of The Grief Venture. What can we expect from this show?

CS: I guess you could say The Grief Venture is a clown/movement piece. I studied clown starting at a young age and through college. People don’t know that about me . . . like at all. But I did and I miss it. I also make my own puppets . . . another thing I do that people don’t know about me. There will be movement, dance, music, clown, puppetry, humor, but no use of spoken language.

My goal of the show is that I want people to feel like they aren’t alone in their grief, and I want people to leave feeling moved to do something. I don’t want them to be sad, that’s not what I want. I want them to feel like they can hug their neighbors, call their mothers, text a friend they haven’t seen in awhile, take a longer walk with their dog.