Following its traditional adaptations of The Nutcracker and Frankenstein, The Cabaret Administrion undresses Frank Baum’s children’s classic in a spectacle of ballet and burlesque. Director Anna Frangiosa and choreographer Christine Fisler lead a cast of lavishly attired dancing girls on a trip down the yellow brick road June 13-15, 2014, at the Adrienne Skybox. (Tickets)

What’s behind the curtain? Well, “partial nudity and scenes of drug use”, for one. Here’s a peak from OF OZ (photos by Nathan Kuruna): 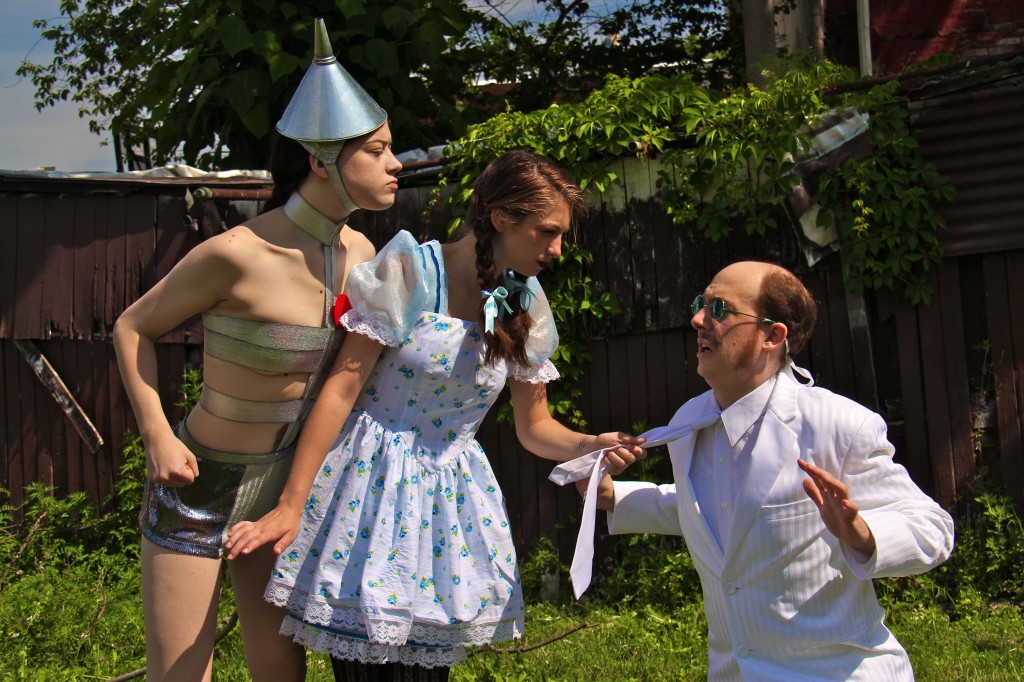 Viat La Dolce as Dorothy, Rene Rebel as the Tin Man, and Rusty Davenport as the Wizard in OF OZ. 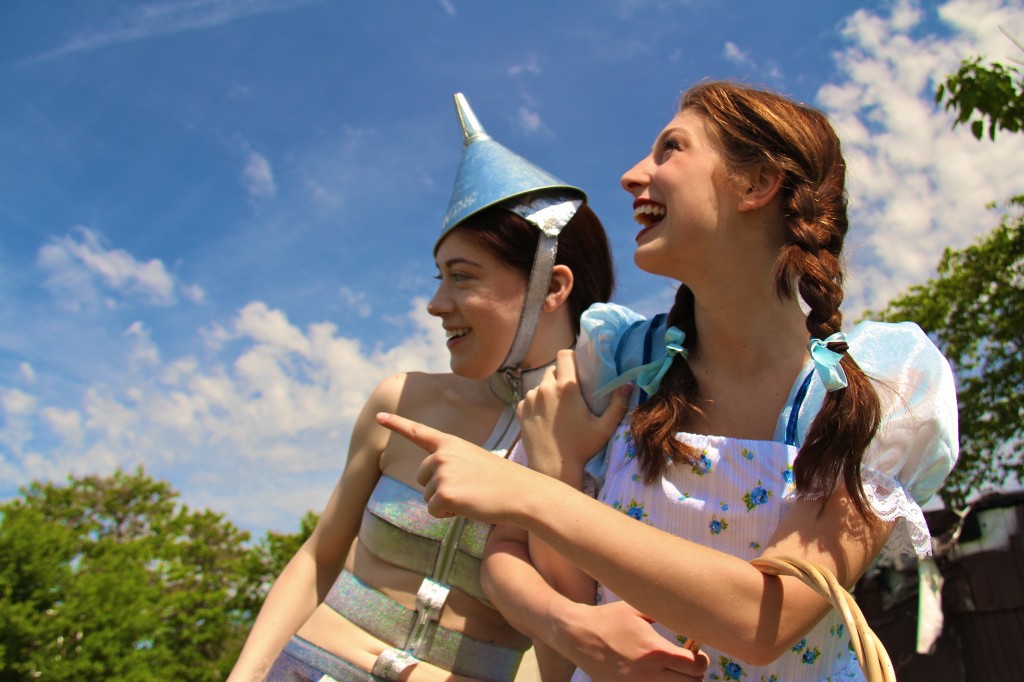 If I only had a heart: a touching story of unrequited love. 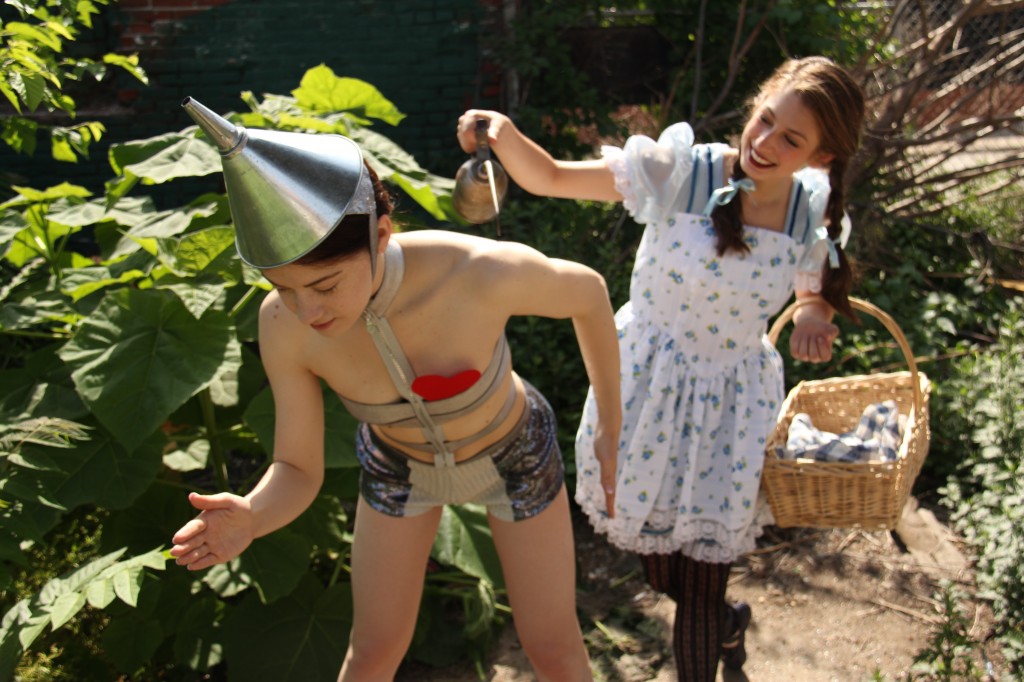 The truth about the flying monkeys? 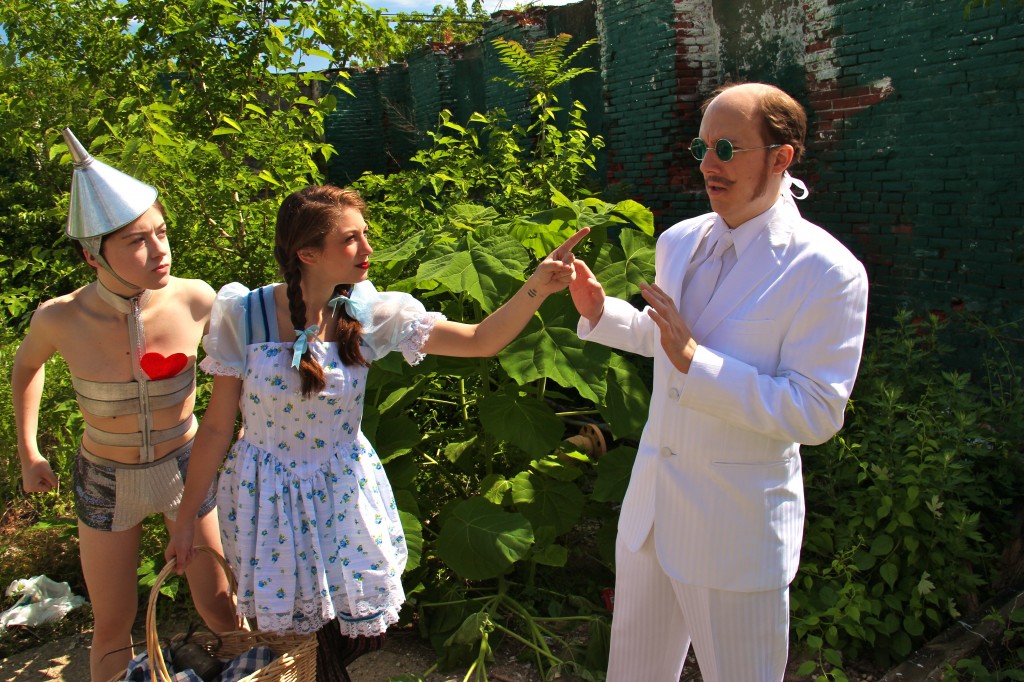 You’re not in Kansas anymore. 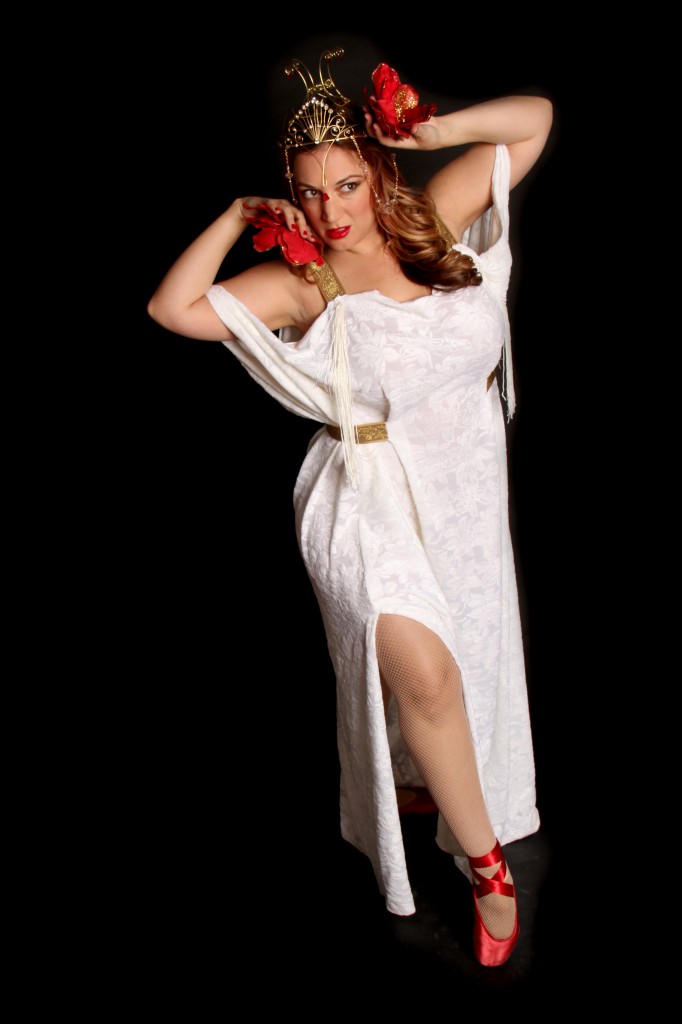 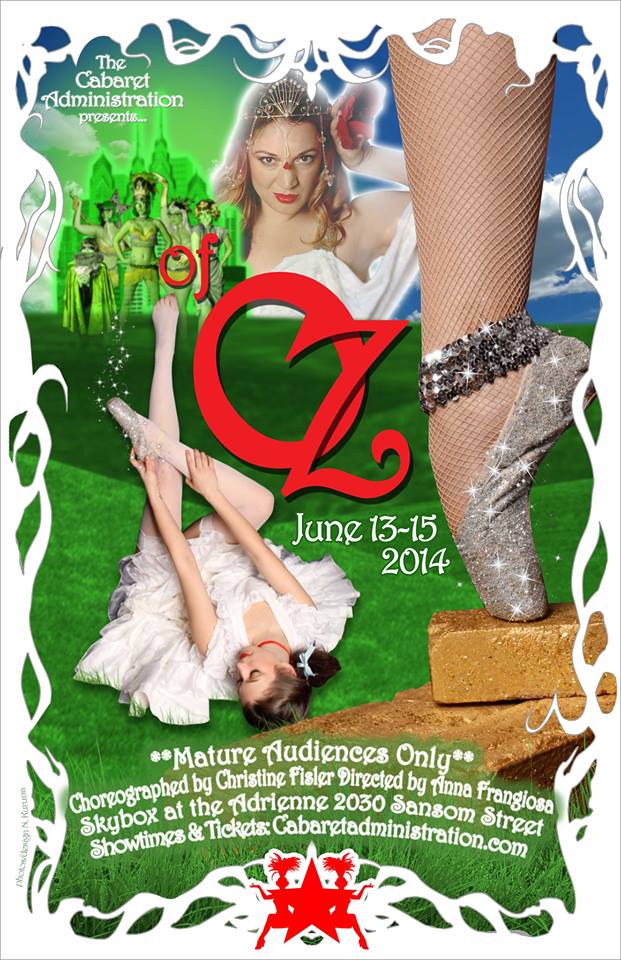