SoLow is about play.

There are some plays in it.

But, SoLow is about reducing the boring stuff—the stages and lobbies and tickets and grants and endless marketing strategies—which stands between the artist and the audience, so that everyone can play.

To give you a clearer picture of what’s being played around with, freelance writer/performer Julius Ferraro conducts a series of flash interviews of our artists.

This episode we have performance lecture in center city, performance installation in Kensington and a performance all about you at a place that reflects you and only you. 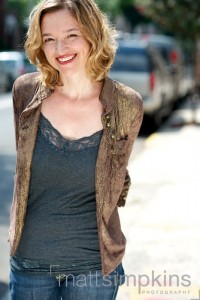 Elizabeth Whitney is a cabaret artist, playwright, and “artist scholar” with a doctorate in Performance Studies and Communications—the kind of person who makes you think, only in New York! We chat about queering history and working too hard in NYC:

Julius Ferraro: If I said that art is incompatible with lecture, what would you say to me?

Elizabeth Whitney: I would say that anyone who has sat through a bad lecture knows that a good lecture is an art form. Art critic Patricia Milder explains the contemporary Lecture-Performance as a form which can “[. . .] push past the boundaries of disciplines [. . .] as well as the boundaries between art and life.” This form was quite popular in the 1960s as a sub-genre of performance art.

JF: You’ve been doing solo performance for a while, though it seems like it’s been about four years since the last one.

EW: The past four years were intense. I moved to New York City and for a while, life was just about trying to survive that experience. During that time, I was more focused on doing smaller solo pieces for downtown cabarets.

Producing your own work in New York is exhausting, and the constant need to consider things like budget, target audiences, and industry invites sucked the pleasure out of it for me and I forgot why I was doing it.

JF: You’re an “artist scholar.” How does that shapes your work?

EW: In my day job life, I’m an academic. I finished my Ph.D. twelve years ago and I’ve taught a variety of courses across the humanities, largely in Performance Studies and Cultural Studies.

This new piece on Anna Elizabeth Dickinson takes the form of a performative lecture, inspired by Dickinson’s years on the Lyceum circuit, which was a public speaking circuit around the United States. She was quite famous and extremely progressive for the late 1800‘s, speaking about subjects like interracial marriage, women’s rights, immigrant’s rights, and STDs. I spent all of last summer researching her through a series of residencies and workshops, and this piece is as much as about that process as it is about her. After spending weeks in 19th Century seminars on things like Transcendentalism and the Civil War in photography, I was amazed at the omission of queers from history.

The work of Amelia Charter is intriguing, entrancing, and infuriatingly almost always in Chicago. Her sculpturally-influenced performance installations invite audiences into a sensual and alien other-world. No surprise that her Philadelphia tour will bring her to Kensington’s Mascher Space.

JF: Do you remember a particular moment or series of events which inspired this piece?

Amelia Charter: My mother recently reminded me that when I was a little girl, through the ages of 6 and 7, I would go into my room after a busy day of activities, and push all the furniture in the room in front of the door. I’d protest with a refusal to participate in anything else—as much as I deeply loved everything I did. My mother learned to patiently and silently wait outside while I let the overwhelming overwhelm me. Eventually I’d worm through the furniture and slide my fingers under the door and call out for her. My mother would kneel down and touch her fingers to mine and reassure me that everything was alright, that it was ok to let it all go.

AC: I am interested in an idea that a viewer goes to not only see the performance, but to allow the performance see them—in this mutual exchange of witnessing a live event. The time parameters for performing with and without audience members present are there to challenge both the performer’s and audience member’s expectations for observation and participation.

JF: Tell me about “consensuality.”

AC: Consensuality is a kind of gathering after losing it a little.  The consensual is also something that could happen involuntarily – so there is this element of the uncontrolled. And sensuality is pleasure, not necessarily sexual, but certainly sensorial. So consensuality for me is being in agreement with the senses. Sometimes in our survival, I feel that we are rejecting or over indulging certain senses over others. So to be really in consensuality, is to be immersed in this lusciously indulgent direct experience.

Last year, Kevin Meehan’s Last Meals from Death Row was unique among SoLow shows with its curious experiential element: show up, eat a famous most-wanted’s last meal, and chat. This year he presents untitled commission, which is all about you: you commission a unique piece which he then creates in three days’ time.

JF: What’ve you been up to?

Kevin Meehan: I’ve been exploring projects that are not theatre although they may have elements of the theatrical. They’re more like social experiments and I tend to like to team up with non-theatre artist and non-artists. I did a project this past November entitled P A S S where I teamed up with a lawyer to create an experiential installation which was a morality based PowerPoint test we administered to folks in a classroom at a local university. I also have an art exchange of words and visual art going with another person that may lead to some sort of zine.

JF: That said, What an idea! What inspired it?

KM: I’m not sure really! I guess I’ve been ruminating on an idea like this for a little while – art that’s made to order and personal. Kind of like how a painter is commissioned to paint a portrait. In this same way a person can singularly own a piece of performance and do with it what they want. I’ve also been pretty intrigued by time-sensitive art, which is what my show image is.

JF: Are you intimidated by the concept of creating a piece in three days?

KM: Yes? I suppose I’m more excited than anything else by the possibilities that limitation can reveal. For my own sanity, I’m also keeping in mind that this is a workshop of sorts for a larger more extended version that’s on the horizon.

JF: What did you learn from Meals? How is it informing your approach to untitled commission?

KM: Last year I think we learned that people are up for anything as long as they’re aware that anything can happen. Folks are generally pretty game for being implicated as part of the artistic endeavor—that seems to make the experience personal and therefore worthwhile. That being said, other than showing up there’s very little effort demanded from an audience member, but the act of “showing up” should be fun and interesting.