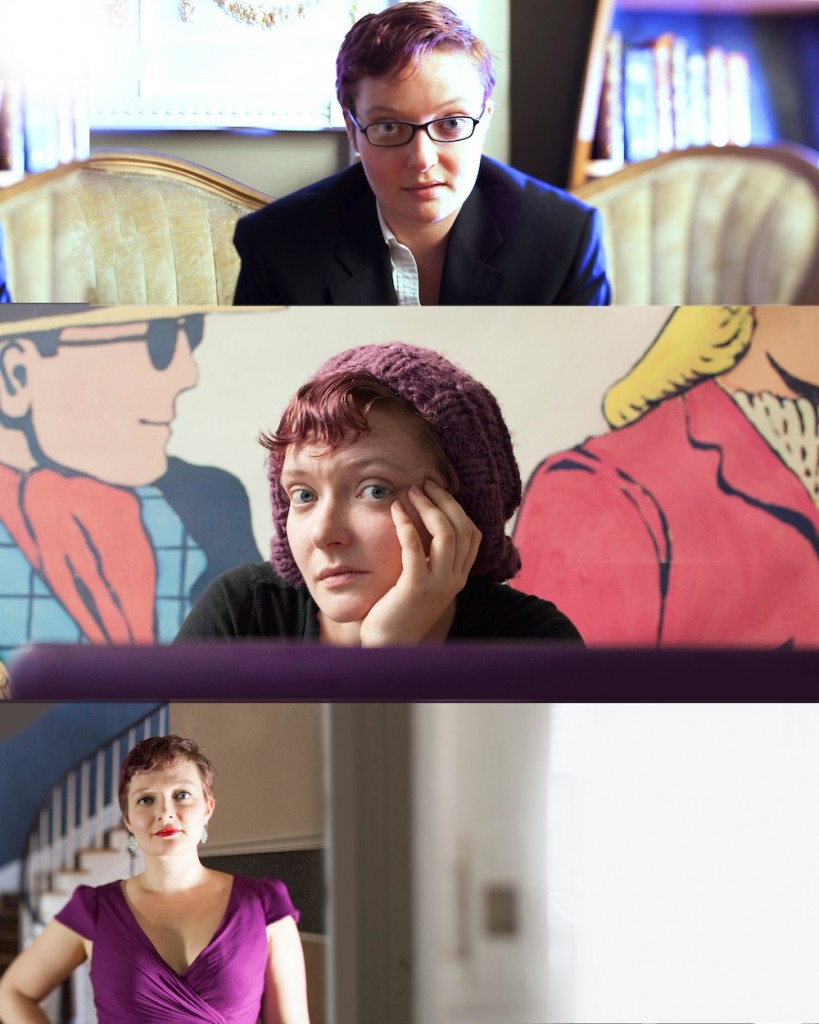 To give you a clearer picture of what’s in store, freelance writer/performer Julius Ferraro conducts a series of flash interviews of our artists.

Julius Ferraro: So, why dick?

Sam Henderson: When I watch plays about sex, the content is often pornography that gratifies the author instead of the audience. I figured there were more effective choices to explore sexiness with a room full of strangers. For me, the dick, the brain, and the heart are all crosswired and they generally want the same experiences. I’d love to be able to sling it all over this town, believe me! But I’m not built that way, and the show has to honor that.

JF: Tell me a little bit about your history as an artist.

SH: I’m a first year member of the Foundry (Philly’s version of the Justice League for emerging playwrights. So actually more like early X-men but without the in-fighting and love triangles.) I want to be Chris Davis and Mary Tuomanen, the creators of Bortle 8, when I grow up.

JF: Do you remember a moment or event which inspired this?

SH: Someone asked me to describe the most beautiful pussy I’d ever seen. It might have been my buddy Luigi Sotille. If wasn’t him, then I have no idea why I’m impersonating him in the show. He’s been a good sport about it so far.

JF: Tell me a little about how music informs this piece.

SH: Yeah, using the song “Tired of Sex” by Weezer really kept bringing me back to the core of the show when my writing wandered off track, which was often. Bwum bwum BWUM, Bwum Bwum Bwum Bwumb BWUM! That bassline rules.

Lots of people bitch about FringeArts and the need for an alternative (a “fringe” festival, if you will), but Thomas, Meghann, and Amanda did something about it. Solow’s heart and ethics are in absolutely the right place and I’m so proud to be a part of it.

Asaki Kuruma is a performer, first-time playwright, and a company member at Power Street Theatre Company. This June she’s presenting BI(?!)lingual, the fruits of her residency in the Simpatico SoLow Incubator. We talk about being bilingual in a monolingual world:

JF: Tell us a little bit about your previous work.

Asaki Kuruma: Well, this is my first solo show, as well as first play I wrote. Although I have been in many devised pieces in the past, I was always intimidated by the idea of writing a play, and writing in English. When I say that, people usually go “oh then why don’t you write in Japanese, and translate it?” but it just doesn’t work that way . . . not in my head, at least. These are two completely different languages established upon completely different cultures and philosophies. Besides, I’m not trained to be a translator. So if I wanna write, I have to write in English. So here I am.

JF: Tell us about the Simpatico incubator.

AK: It was definitely helpful- I got support, learned from their work, and it was great just to have a safe place to throw any material to a group of talented and experienced theater professionals from different backgrounds and get a critique on it. They assigned me a dramaturge, Aria, who provided brilliant insights and challenged me as an artist.

JF: You describe it as “A theatrical play” – tell me about the “theatrical” bit.

AK: Haha, actually I didn’t understand what they wanted in the part of the form of commitment I had to write, so I wrote “theatrical play.” Another bilingual moment, I guess. My English is still in progress. But it takes a traditional form of theater, I perform, you sit and watch. I will be playing various characters- friends, teachers, family.

JF: What’s next after SoLow?

AK: Now I have another tool, writing, I am enthusiastic to do more! There are many materials I want to write. Right now I have two stories I am planning for the next year: one for myself, probably another solo show, another for Power Street. Also if I could I want to expand BI(?!)lingual to a bigger project, curating stories about immigrants and multi-linguals, because each case is so unique and interesting. 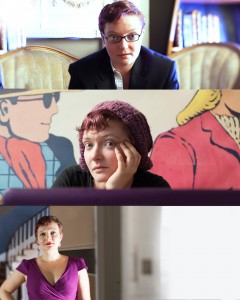 Meredith Sonnen and her co-creator Lena Barnard are mutlitalented, having approached theater as designers, carpenters, stage managers, performers – and now playwrights. They’re also huge Ingrid Bergman enthusiasts, and are excited to share Casablancba by Gaslight with you. We talk about identity and stage fright:

JF: Why Ingrid Bergman? Why Casablanca?

Meredith Sonnen: Well, Lena read her biography around the same time I saw Gaslight for the first time and we just had this sort of gushfest about it all in a bar. I really wanted to write a piece about identity and the realization that people can put an identity on you that you can’t shake. Ingrid Bergman dealt with that a lot in Hollywood. It was the era of scripted romances for Hollywood and she just didn’t do it. She was a real rebel, but no one remembers that. We remember Casablanca, which is this beautiful and well-crafted film that we should remember, but it has some dangerous lessons and is very problematic. It’s hard to look at something so beautiful and know it is a little rotten at the core.

JF: What are you doing in this piece that you would never do if not for SoLow?

MS: With SoLow, I can do a one person show in a house in South Philly that may or may not have cats wander through and no one will mind because it is pay-what-you-can and those people are there for something unique. There’s no other time that the show wouldn’t get lost in the hullabaloo of Philadelphia’s incredible theatre scene.

Also, because we knew we wouldn’t spend a million dollars on venue or costumes, we wrote a play that really had to stand on the words alone. At one point we were working on the script, and we were struggling with the text in one moment. We all just sort of sat there knowing it wasn’t a moment for more words but a lot needed to be said, and I just said. “Well, I’ll just act harder.” I think that simplicity is what Solow can give you.

Casablanca by Gaslight
Co-created by Lena Barnard and Meredith Sonnen
House at 19th and Wharton
RSVP and information requests to casablancabygaslight@gmail.com
June 19-22 & 26-29 @ 7:30