As Phindie theater editor and critic, Julius Ferraro is no stranger to the stage. He’s just used to looking at it from a seat then making judgments on what he sees. This weekend, the tables are turned. Julius is presenting his one-man show, MICROMANIA, May 8-10, 2014, as part of Collage Festival, “an annual arts festival dedicated to the idea of collaboration, intermingling, exploration and diversity”. It’s Julius’s first show since college and first production since he began covering theater. Phindie asked him some questions about how the show came about and how covering shows has changed his outlook.

Julius Ferraro: MICROMANIA is a play that I wrote in long chunks, originally, as a short story. I wrote it at the beginning of last year, kind of exploring something that I honestly think a lot of writers go into—the cockroach.

I was reading a lot of George Bernard Shaw, and so my characters did a lot of moralistic and philosophical discoursing, around this subject. Because I have so much experience working in offices, too, I set it in one. I think, now, looking back, I must have wanted to place the incredibly tepid setting—really the “cleanest” of places, since the traditional “office” is clean of everything, swearing, sex, wall decorations, fresh air—on the page, first and foremost. And then the infestation occurs.

As a sales manager, in the past, I’ve been schooled in how to motivate people, how to get people to perform. While I was in the depths of it, and doing well, I really enjoyed it, because I was helping others to do their jobs well, and always learning new ways to do my own job well. I was learning how words affect people. Looking back, seeing myself in that position, all I can think of is how gross it was. How all of the self-improvementy verbiage, which can be very positive but can also become extremely gross, grows up around a singular issue—the tension of not making the sale. Because that tension is always there. It manifests itself the first zero dollar day, and then it never goes away. And then that tension for growth that all businesses have—they must grow, or else they shrink.

That’s not to say that the roach is a metaphor for that tension. The roach is just a catalyst, a cause for discourse, meanwhile the squeaky-clean office tension is what creates and informs the characters.

I sent the story to people, revised it, cut the last two thirds out, and Robert Gross, my director—who used to be my theater professor in college—is the one who suggested it could be a play. And now it’s MICROMANIA.

Meanwhile, because I like seeing plays and talking about them, and my friends don’t want to hear me analyze the plays that I see, I started writing about them. And through some serendipity and connections and because I make deadlines, I started writing for Art Attack and then Phindie as a theater/arts critic. Then suddenly I was making money for my writing, and having deadlines, and people kept paying me for it—this, I think, gave me confidence. I don’t think that a normal person can develop confidence in their art without someone outside of them telling them it’s worthwhile at one point or another.

And then this whole phenomenon of the SoLow Fest crept into my awareness two years ago, and the incredible work that the people there do in getting artists—ranging from pros to complete amateurs—to “just do the play,” to create the work, etc., no matter what it looks like. This finally made me realize that I’m not insulting anybody by putting my work out there, even if it doesn’t end up being great.

So it was on my mind to do something for SoLow this year, then Joy Mariama Smith, who’s one of the people running Collage Fest, told me I should do a show—and then Robert offered to direct—and it worked out perfectly.

Phindie: What excites you about this production?

JF: First of all, that I’m actually doing a show at all.

Also, Robert was my mentor in college and so it’s extremely exciting to work with him. I trust him completely, and because of that trust I’ve been able to step outside of the “playwright” role and into the role of the performer. I know that he’ll create something good. Even if my text was garbage, I’ve seen him make gold out of crap before.

Phindie: You’ve begun writing about theater and reviewing plays [See Julius’s Phindie writings here, and check out his blog]. How has that affected your own theatrical work? How do you see theater differently now?

JF: By becoming a reviewer, I’ve opened myself up to seeing twenty times more theater and dance in the last year and a half than I’ve seen in my entire life before that. My aesthetic has been colored by these experiences. I don’t think that I have wholly changed what I prefer, or what I think “good theater” is—but I’ve certainly been opened up to the world outside of my own corner.

That being said, I think what has influenced me the most is the performers and composers who are able to create theater out of gesture and song. The experimental operas I’ve seen—at fidgetspace and at FringeArts—have blown me away, and I wish I could create something that’s both as expressive and nuanced as that with just words. And of course, dance, again, is so far outside of what I can create myself.

So that doesn’t change how I create work, because I couldn’t achieve it myself. The most I’ve gotten out of that is an increased awareness of my own body, and the individual parts of my body, which has really helped with this piece, since I have to move fluidly between multiple characters.

Phindie: After becoming enmeshed in it, what do you think of the state of Philadelphia theater? What are some positives and where do you see room for growth?

The positives of Philadelphia theater exist in the very thing that Philly’s famed for—its grunginess. Again, I would point to the SoLow Fest for this. The suggestion that people create theater in their basements and living rooms and in corners of sports bars and in parks or wherever you can get a free space, that opens up a whole world of possibility which shatters anything you’d achieve on stage. I think the best work is the work which exists under the tension of such weird spaces. Most of the really exciting work comes up outside of the remit of the arts grants and the worry about ticket sales. 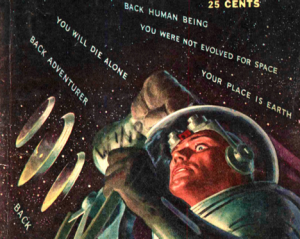 I believe that Collage Fest will exist in this world too, because of the mass of art and the intentional sloppiness of its being crammed together. We’ll see!

The main problems with Philly theater is the gap between grungy and fatted. There is very little space between the basement-theatermakers and the Big Lobby Companies (by which I mean theaters which have huge beautiful lobbies). There are so few companies which comfortably have their own space and a budget—just look at Luna, they just got a space so that they can perform on nearly bare stages. That’s not necessarily a bad thing, but there’s a sense that everyone’s teetering on the edge of poverty.

I wonder if having companies that artists can work honestly within for long periods of time would foster artistic growth that we don’t often see here. The grungy work is interesting, but imagine if that artist got to do that same kind of work, without folding under the weight of their bills, for a decade, and then revisit the same ideas? Nichole Canuso is an excellent example of someone who’s made that happen for herself, Pig Iron is another company, and Headlong, but they’ve been in that position for a while now, and can we say that many others have arisen since them which host an artistic vision, create their own work, and have had the space, time and funding to become something close to masters at it?

Phindie: How about the state of theater writing and criticism in Philadelphia? What are your views on that?

JF: There’s very little money in it. Although I’m paid a small amount at Phindie, we only rarely pay writers and then not much. It’s a balancing act. Our coverage helps the arts scene here: We’ve covered many productions which got zero press aside from us. However, when we don’t pay writers, we hurt writers everywhere by devaluing their work.

I haven’t been at this for too too long, but this might point to an intrinsic problem in theater/arts writing. At Phindie, we try to veer away from the “suggestion” piece—saying whether or not you should see a play—and talk about the merits/problems presented by each production. This is, I believe, the best and fairest kind of criticism, but maybe there’s a reason no one pays for it.

Phindie: When can we can catch MICROMANIA?

JF: You can see it Friday, May 9,  at 7:45 and Saturday the 10th at 8 (come twice). But I encourage people to show up earlier and stick around later because there are a ton of artists involved in Collage, and they’re all crammed together into the CEC, melting into one another like sticky summer candy. It’ll be like First Friday, but all chopped up and mixed together into a seitan meatball and shoved down your throat.