For several years now, through it’s peripatetic wanderings from North Fifth Street to the Painted Bride and now the new FringeArts space, as it changed names and days (LAB Test, 2nd Thursday), the FringeArts Scratch Night series has been an in-the-know favorite on the Philadelphia performing arts scene. Each Spring and Summer in the lead up to the Fringe Fest, the organization hosts a FREE monthly event to showcase in the works performances by LAB fellow, Fringe favorites, and other local artists. 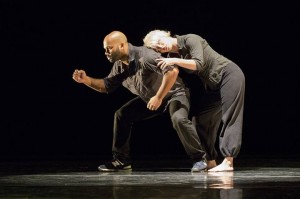 Fans of the festival get the chance to see future Fringe hits when they are still being worked out in the creators mind. I’ve seen previews of works by Elevator Repair Service, Lucidity Suitcase Intercontinental, and Nichole Canuso, among others. Some pieces are raw, some surprisingly polished, but there’s a tangible creative energy in every performance, a portion of which is lost in a fully rehearsed full-length production.

Oh, and did I mention free beer? Another beloved Scratch Night staple. The series will continue April 7 with choreographer Gabrielle Revlock and others. [FringeArts, 140 N. Columbus Blvd.] March 3, 2014, fringearts.ticketleap.com.