Photographer Kyle Cassidy is a Philadelphia treasure. He has been documenting American culture since the 1990s, photographing goths, punks, cutters, politicians, metalheads, dominatrices, scholars, and alternative fashion, in addition to less prosaic subjects. His work has appeared in the New York Times, Vanity Fair (DE), the Sunday Times (London), Marie Claire, Photographers Forum, and numerous other publications. His photo-a-week blog (kylecassidy.com) was one of the first photo blogs on the internet and now has an average of more than 150,000 visitors a week. Through his wife, talented actor Jennifer Summerfield, Kyle has become a valuable asset to the Philadelphia theater community, creating visually arresting stills and photo series of numerous plays. Phindie is proud to present this photo essay on Curio Theatre Company’s production of DANCING AT LUGHNASA, opening tomorrow night in West Philadelphia. 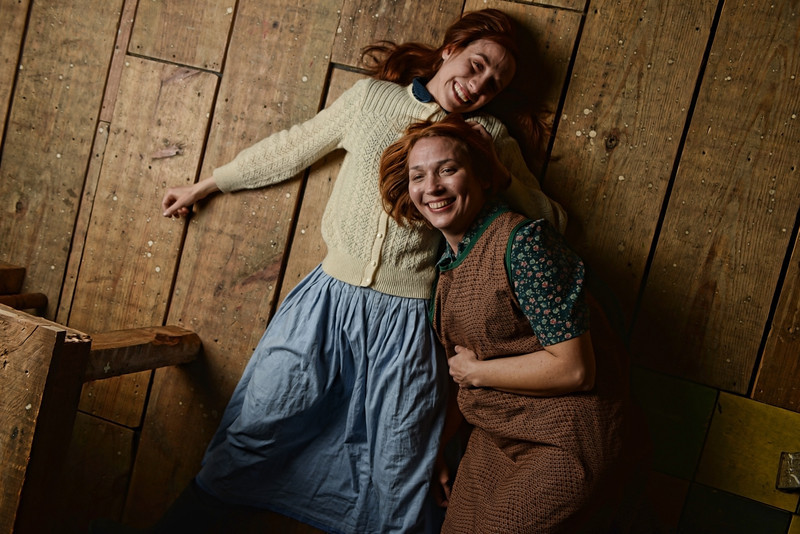 I was happy to be able to shoot promo photos for Curio Theatre’s upcoming DANCING AT LUGHNASA—an Irish play set in the 19th century about five sisters, their brother (a priest returning from mission in Africa), and a mysterious narrator.

I wanted a lobby poster that showed all the sisters and also had some action in it. A couple of years ago they made a movie of it with Merrill Streep and the poster for that movie, while not dreadful, looks like the Sound of Music is being attacked by a floating head. Plus it’s got some sort of Little Miss Sunshine being channeled by Mary Poppins vibe. That poster gives you the idea that you’re going to see the feel-good-movie-of-the-year and … you’re not. So that poster seemed a little disingenuous to me.

So, the dancing was the first part. It’s also a big challenge in a shoot like this to get this many actors on stage at the same time in a believable way—meaning they all need to have a task and a reason for being there—AAAND, something you never think about, they need to all have a reason for facing the camera. It’s really common in movies & TV to have people “cheat” to the audience, which means they all sit on the same side of a table crowded together rather than across from one another like normal people. This drives me nuts (and it’ll drive you nuts now that you know to look for it.) It seems like cheap thinking. So anyway … if all the actors are watching someone dance, they all have a reason to be looking in a particular direction AND if she’s spinning around, she has a reason to be facing away from them … 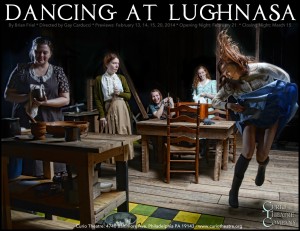 PHOTO NERDERY: I lit it with an sb80 inside a Photek Softlighter II, the big one, the sixty-three inch one, which an assistant was holding up and over. There was also a second assistant stage right (camera left) with a bare flash which is throwing some rim light onto the actors as well as being the principle light on Colleen (dancing). Just keep in mind that in a situation like this, there’s no ambient light, so if you didn’t put the light there, there’s no light there. So without that second flash her face would be in total shadow. 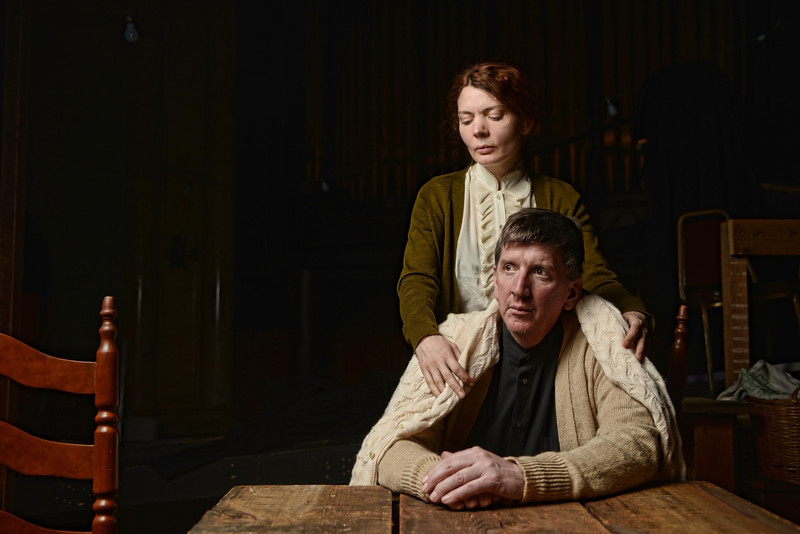 The sisters’ brother, Jack (Len Kelly, with Jennifer Summerfield as Kate), is a priest, recently returned to their small Irish village from a mission in a leper colony in Uganda.

I wanted to do a bunch of character shots which could also theoretically fall within the play, which is sort of my way of doing production photos. I really dislike doing ordinary production stills because that’s all about how someone else lights something—and the difference in how you can light a still and how you have to light a stage is large. Stage lights have to be out of the way of the actors and the audience and when lighting a still I can put lights eight inches away from someone—so these are more about mood and atmosphere. 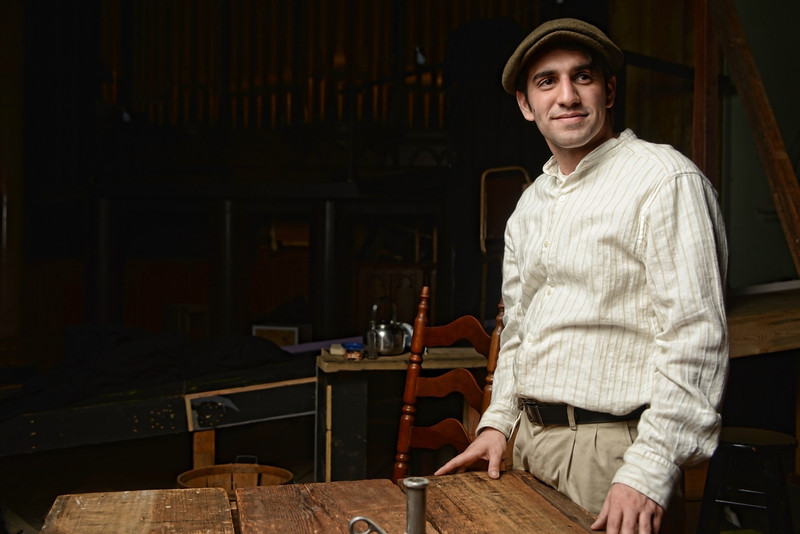 The story is presented as a memory play narrated by Michael (Eric Scotolati), Christina’s son, recounting an episode from his childhood. 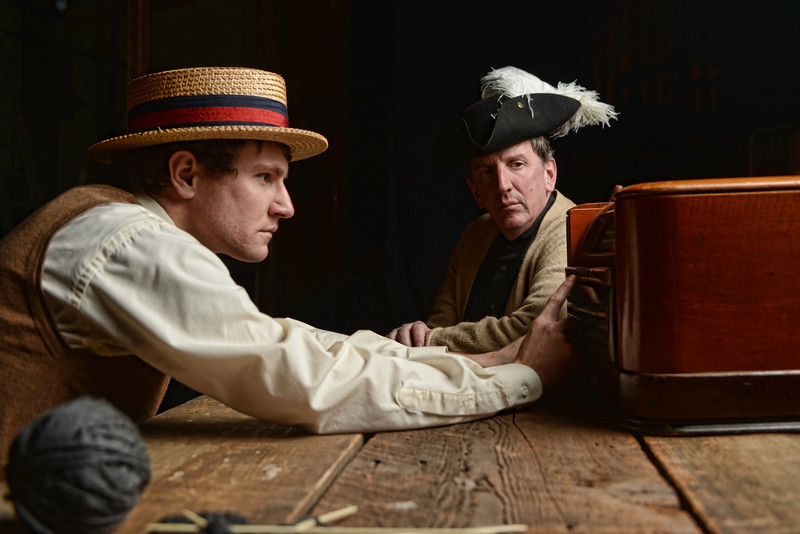 Michael’s father, Gerry (Steve Carpenter, with Len Kelly as Jack) is a traveling salesman of gramophones, who has returned unannounced from one of his lengthy sojourns. 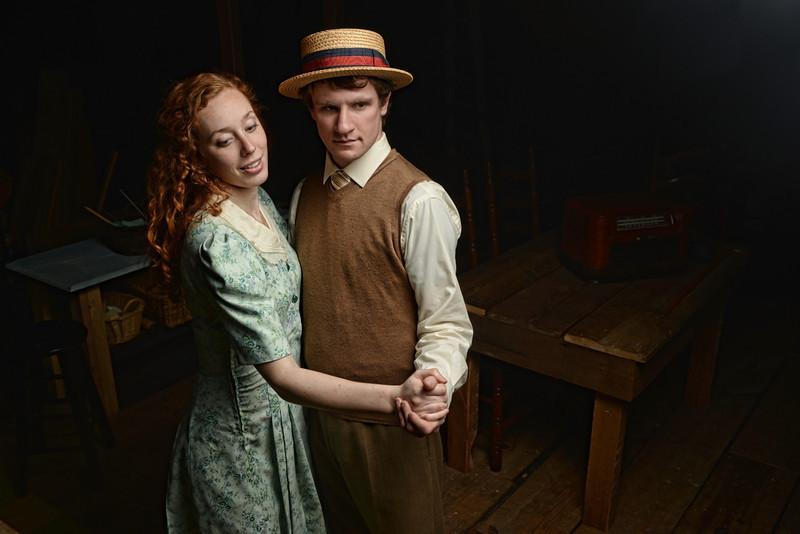 Charming yet unreliable, Gerry brings a marriage proposal for Christina, but also dreams of foreign adventure. (Steve Carpenter and Isa St. Clair reprise an onstage love affair from previous Curio productions: they played Sister Rita and Father Rivard in The Runner Stumbles and Miranda and Ferdinand in The Tempest.) 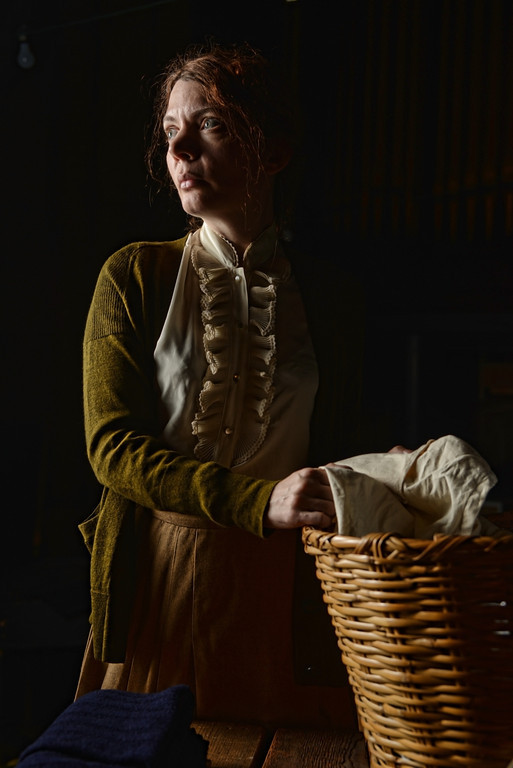 Jennifer Summerfield as Kate, the oldest and strictest Mundy sister.

I’d gone into this thinking “I’m going to shoot everything horizontally, like a movie, but every time I shoehorn myself into something like that I end up getting into trouble when someone asks for a vertical—so I did verticals of everything too. 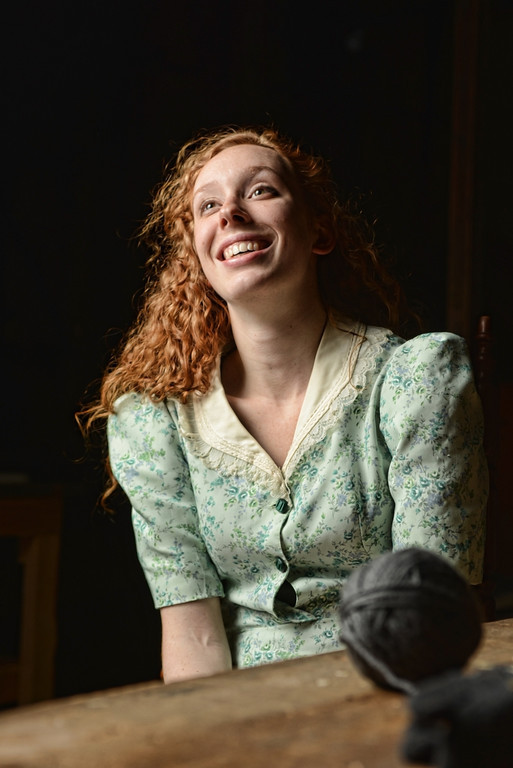 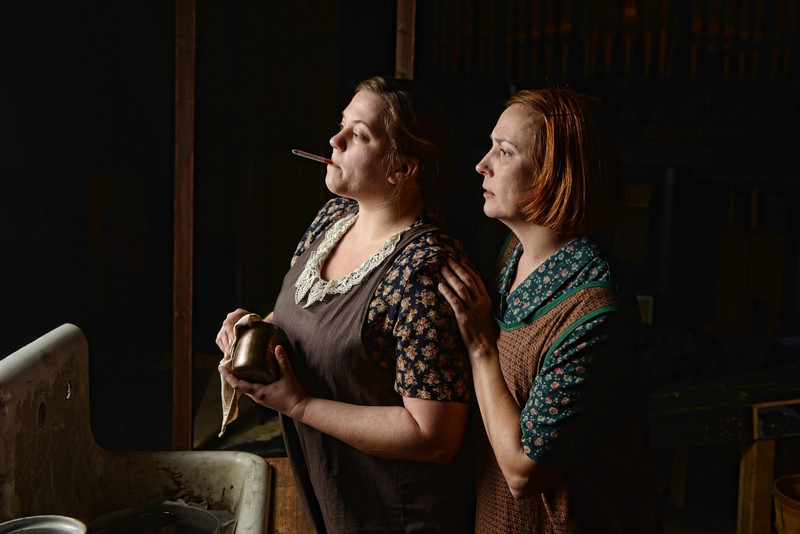 Trice Baldwin and Aetna Gallagher as Maggie and Agnes Mundy. 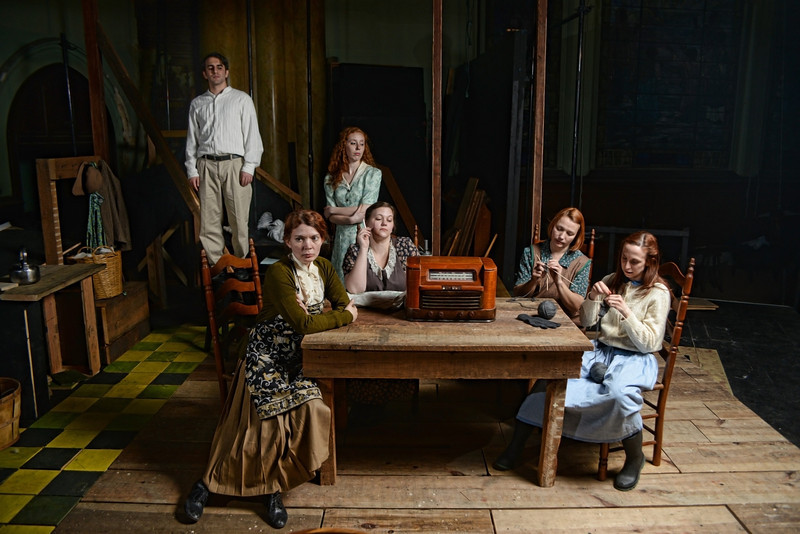 Do you like these people? Do you want to find out what happens to them? Curio Theatre Company’s DANCING AT LUGHNASA runs February 13-March 15, 2014, curiotheatre.org.