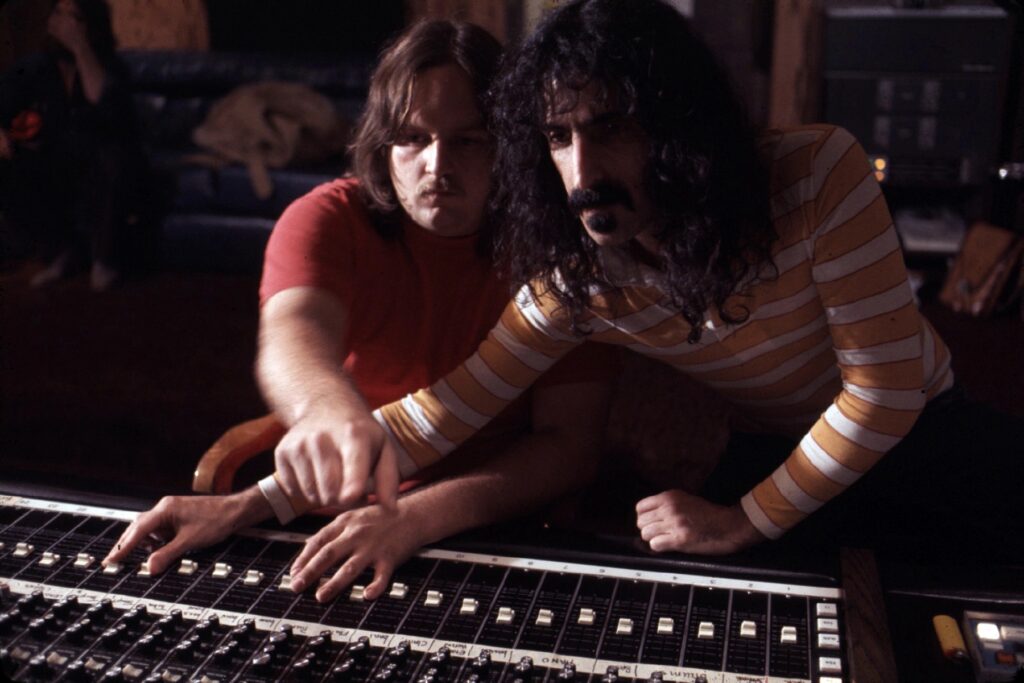 Frank Zappa is a walking contradiction. He’s a freak show music performer who doesn’t use drugs, a clean-living advocate who treats chlamydia as an occupational hazard while chain-smoking, and the leader of a rock band who is actually one of the most skilled orchestral composers of all time. Before his death at a relatively young age, he also became the face of anti-censorship in art (a face that would be scowling in anger today on the same front if you ask me).

Zappa, at over two hours in length, aims to give the most in-depth portrait as possible of a famously
unflappable, undefinable artist, and succeeds wonderfully at doing so. With unprecedented access to Zappa’s own personal archives, Winter has assembled a document that feels like it was created by Zappa himself. He’s the main narrator, and sits at the center of just about every piece of footage (other talking heads confirm that Zappa was never not the center of his own universe, and often the center of everyone else’s to boot). Interviews with him are as illuminating and frustrating as they likely were in the moment, and concert footage makes it clear that, while other musicians get the credit for being influential, few acts that existed after Zappa can say he wasn’t an influence (the film accurately states that Sgt. Pepper wouldn’t exist without Zappa’s style leading the charge).

Perhaps the most enlightening aspect of the film is that demythologizes Zappa’s intentions as a musician. No, he was not interested in fame (but was willing to bask in it), nor was he interested in money. No, his main driving force was artistic freedom — he wanted to create music on his own terms, with the ultimate goal of having a recorded copy of every sound he ever conceived. If others want to listen, he opines, he’s happy to share it with them as well. And to look at his gigantic body of work, he definitely came as close to completion of this goal as anyone possibly could, and he did so as a self-taught musician who never saw his 60s. Love him or hate him, there’s no denying that Zappa was an extremely talented and influential artist, and perhaps the biggest anti-yellow snow eating advocate who ever lived.