Pig Iron developed James Joyce is Dead And So Is Paris: The Lucia Joyce Cabaret in residence at Princeton University as part of Toni Morrison’s elite Atelier Program.

It was presented at Christ Church Annex in Old City in 2003. It was something else! As I wrote at the time: 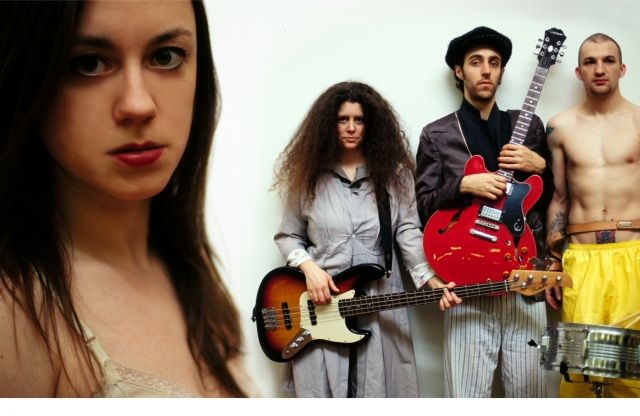 James Joyce is Dead And So Is Paris: The Lucia Joyce Cabaret (2003)

“Set in a mental institution, this play is about Lucia Joyce, James Joyce’s artistic, schizophrenic daughter. The combination of James Sugg’s compelling music, the odd, remarkable lyrics, Deborah Stein’s inventive writing, and the idiosyncratic ensemble acting under the direction of Dan Rothenberg adds up to an amazing evening of theater.

The company sustains an atmosphere of uncertainty as inmates wander about in their mad way and take their turns in the cabaret. The portrayal of patients is obviously researched. It’s nothing like the easy, stereotyped versions of “crazy” often encountered. A cast member confirmed that the players studied videos of old film footage shot in institutions, back when such filming was permitted, enabling them to study physical manifestations and learn specific behaviors.” Review in Curtain Up.

James Joyce is Dead And So Is Paris: The Lucia Joyce CabaretLooking BackLooking Back on TheaterPig Iron Theater Company