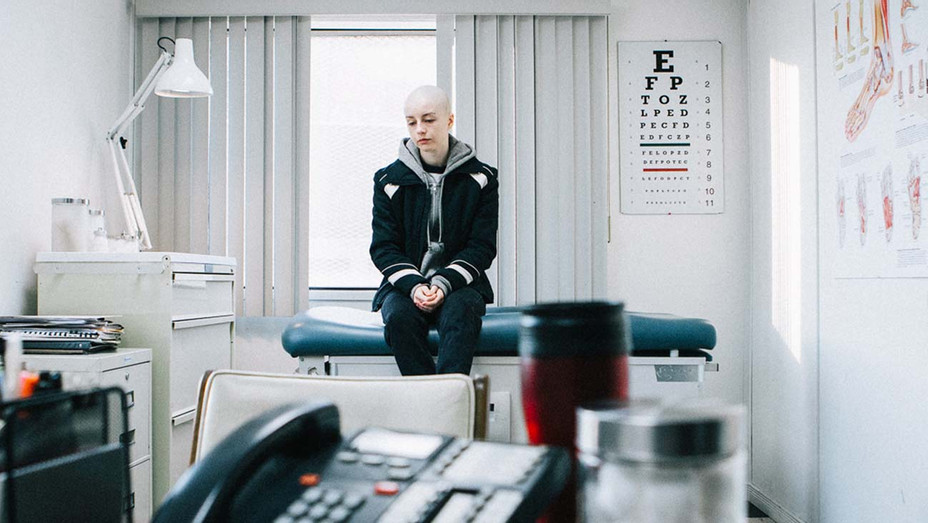 Ever meet one of those people who, no matter what the situation, cannot help but lie about even the tiniest things? There’s no archetype on the planet that brings me more anger and misery than the consummate liar, but the silver lining is that no one can keep a lie alive forever. The truth always catches up to the liar, and even the most skilled con artist typically gets their well-earned comeuppance.

In White Lie, Kacey Rohl plays Katie, a young dancer who is undergoing chemotherapy for advanced melanoma. Her unfortunate situation means that she has access to tons of charity, has support of countless friends and activists, and is eligible for financial help from the bursar at her school. The problem Katie faces, however, is that she doesn’t actually have cancer. She’s been pretending to suffer from the disease for quite some time, and the film begins right as the dishonesty starts to catch up with her. You see, she needs to obtain a legitimate medical history by week’s end, or she won’t be receiving the help she “needs.”

The film is structured like a thriller, following this unforgivable protagonist as she pulls every thread she can, emotionally manipulating anyone who gets in the way of her lie, just to hold onto her “fighter” image and the free money that comes with it. Amazingly, I found myself rooting for her to complete her ruse, while also begging the powers that be to let her get caught. It’s this dichotomous characterization that gives the film its lasting power. Well, that and the impressive, atypical score from Lev Lewis.