In a new series, Phindie takes a walk down memory lane to briefly revisit memorable theater performances in Philadelphia and environs. In the first installment, Kathryn Osenlund looks back on two shows directed by Bristol Riverside Theatre’s artistic director Keith Baker, who leaves the post at the end of (what was to be) the 2019-20 season. 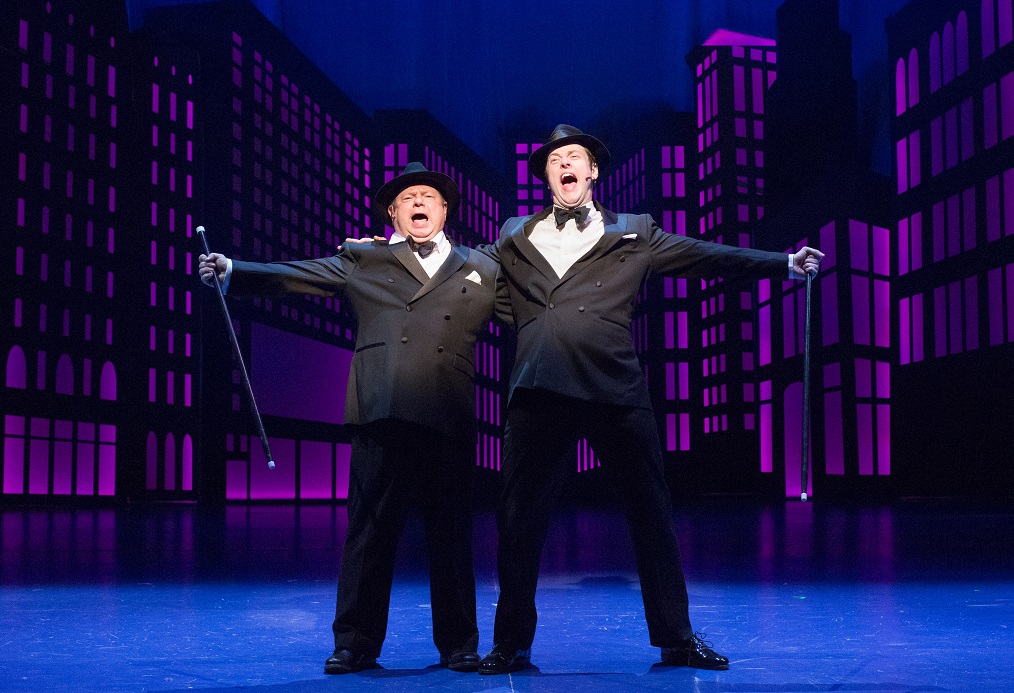 The Producers (2018)
“Sitting toward the back of the theater I look over the cotton field of the audience. Oldsters are to be expected at a weekday matinee. Most appear to know the show. But this bright take on a deliberately old fashioned musical comedy isn’t just for old fans. It’s for everyone, even experimental theatre artists. And it’s a must-see for young aspiring musical stars and college theater majors, a disarming textbook that can teach the basics. Mel  Brooks’s traditional musical structure has a song plot that includes the time-honored ‘I Want’ song, literally in this case, “I Wanna be a Producer”.  It has the ‘eleven o’clock number’, ballads, and classic production numbers. BRT has even added a reprise at the end of the first act. THE PRODUCERS is an outrageous musical comedy laced with friendship, warmth, and love. And there’s nothing like chutzpah. BRT’s solid, no-holds-barred show has it.” Review in Phindie.

Jesus Christ Superstar (2017)
I went into the show a doubting Thomas, not all that interested in a re-tread musical, even a great one that’s made the rounds for almost fifty years. But my friend wanted to see it, so I went. My expectations were modest, to say the least. What do I think now, having seen it?  Broadway boffins and Philly theater insiders should rent busses and make a pilgrimage to the little town of Bristol, a half hour’s ride north of Center City, is what I think.” Review in Phindie.

2 Replies to “Looking Back at the Theater: Remembering two outstanding performances at Bristol Riverside Theater (BRT)”