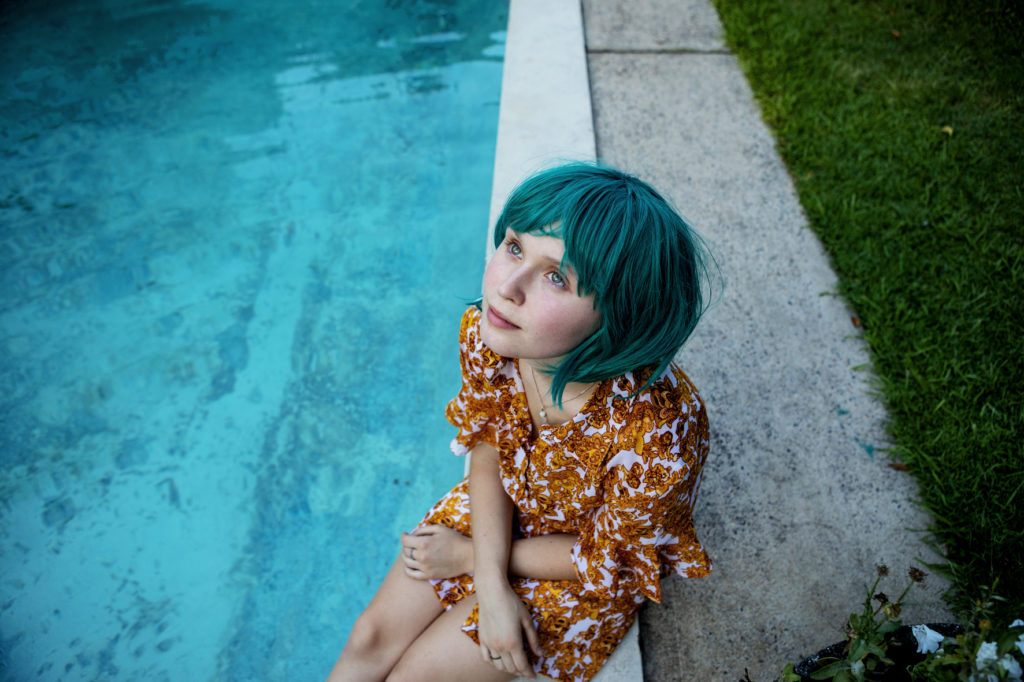 There’s a lot going on in Babyteeth, and if one were to view the plot items in a list, they would be correct in thinking it is awards bait of the highest order or, at the very least, yet another Sparks-esque romance involving a young couple, one of whom is suffering a terminal illness. There’s the aforementioned cancer, as well as drug addiction, homelessness, marital infidelity, medical ethics, age-mismatched lovers, and a heaping helping of mental health issues, and that’s all apparent pretty much from the get-go.

Most films attempt to tackle just a few of these items and end up feeling like stuffy, preachy after school specials, but in the case of Babyteeth, it all feels extremely true to life. Between the assured and striking direction of first-time feature filmmaker Shannon Murphy, and the powerful, decidedly unsentimental script from Rita Kalnejais, Babyteeth proves to be not just a calling card for future work from these talented storytellers, but as an A-rate tale of flawed, kindhearted humans doing their best to be as good as they possibly can.

Milla (Eliza Scanlen) is a teenager with a serious illness. It’s understood to be cancer of some sort, but if memory serves it remains nondescript for the entire film. What’s clear is that she’s on chemotherapy for the second time, and despite her family’s attempt at keeping a cheery exterior, her prognosis is not good. While awaiting the train one day, Milla meets Moses (Toby Wallace), a tatted up drug dealer who has recently been kicked out of his home by his mother. Milla is immediately struck with the boy, and the two begin flirting, regardless of the fact that Moses, in his early twenties, is considerably older than her. Moses doesn’t necessarily read as a bad dude, but he’s not the type of guy one would feel comfortable bringing home to mother. So of course, that’s exactly what Milla does. Her mother Anna (Essie Davis) is immediately displeased with Moses, while her father Henry (Ben Mendelsohn) does his best to grin and bear it. Much much more happens, plot-wise, but the gist from here is that prior to meeting Moses, Milla seems to have exhibited little by way of lust for life. Like him or not, this new romance has awakened something exciting and joyful within Milla, and her parents decide that maybe they should at least try to be supportive.

The story is told through a series of vignettes, each with their own onscreen title. Although, now that I type it out, “vignette” feels like the wrong word. Each segment does play out in a vacuum, but each would flow into the next all the same had a classical structure been applied. That said, the title cards fit the tone and design of the film which takes a very real world story and applies to it some crisp visual flair and a killer (see: KILLER) soundtrack. At just under two hours, these bookmarks do help the pacing by giving the viewer a moment to breathe between each segment. This is necessary because of the sheer amount of information being exhibited at any given moment. Exposition is handled quite smoothly, almost entirely through characters’ behavior rather than just their words, and each new “segment” allows the viewer the opportunity to take stock of what revelations have come forth in the preceding portion of the story.

By the time the third act rolls around (although to break this into proper “acts” would be a fool’s errand as well), the segments grow shorter and more urgent, bringing structure to what is essentially a creeping chaos. But really, that’s what this is all about: the chaos of life. No individual character is without sin, but none are presented as malevolent or ignorant. Their limitations are human, and their circumstances are not prejudiced by much more than simple chance. As such, it’s hard to fault a character when they make a ill-informed, or even perverse decision.

Babyteeth takes a bit of time to get going, but I do wonder if my read on this pacing issue is due more to my preconceptions of a film with a poster of with an electric blue bobbed teen framed in a variety of neon/vaporwavey blue and pink should be. While I was expecting a post-Wetlands, post-Diary of a Teenage Girl style fest, the look/feel of Babyteeth is much less heightened. Sharp, colorful, and downright beautiful on a moment to moment basis, but realism remains the anchor. One mid-film party sequence seems like a dip into the surreal (it has a full-on Spencer’s Gifts aesthetic), but even here it’s an in-camera look, not an added post-production flair. This look is employed to great function too: as Milla begins to dip into a more hedonistic “get my kicks” mentality of someone with little to lose, the appeal of such sensory inputs is fully apparent.

Even with a relatively slow open, the performances serve to keep this one alive and thriving from moment one. Scanlen shines as a young girl with more than her fair share of troubles thrust upon her at random. Her rotating set of hairpieces have the same effect on Milla as they would any of us were we in a situation where trying on different identities might feel like an escape. Scanlen bears the emotional load quite well, capturing the unfair ways that wisdom can manifest within someone so young and unfortunate. Both Mendelsohn and Davis feel like real parents. From their scheduled coitus (which happens in tandem with their regular, though ethically questionable therapy sessions) to their baked-in inability to communicate, both performers seem as if they’ve been married for years, with the all-too-common decline in individualism eating up their marriage from the inside. It’s Wallace’s performance, however, that impressed me most. No, he’s certainly not doing as much heavy lifting as the rest of the cast, but he’s playing a dude that I’ve met (and heavily disliked) multiple times in life, opening an empathetic window toward his type that I’ve never been able to see before.

Babyteeth is a bold statement on the perks of empathetic behavior, but it’s not dishonest in how dirty the act of giving someone the benefit of the doubt can be. As such, it’s not always the easiest watch, but it is a ride truly worth taking. I hereby declare that Shannon Murphy has entered my pantheon of filmmakers whose work I refuse to miss. I can’t wait to see what she does next!