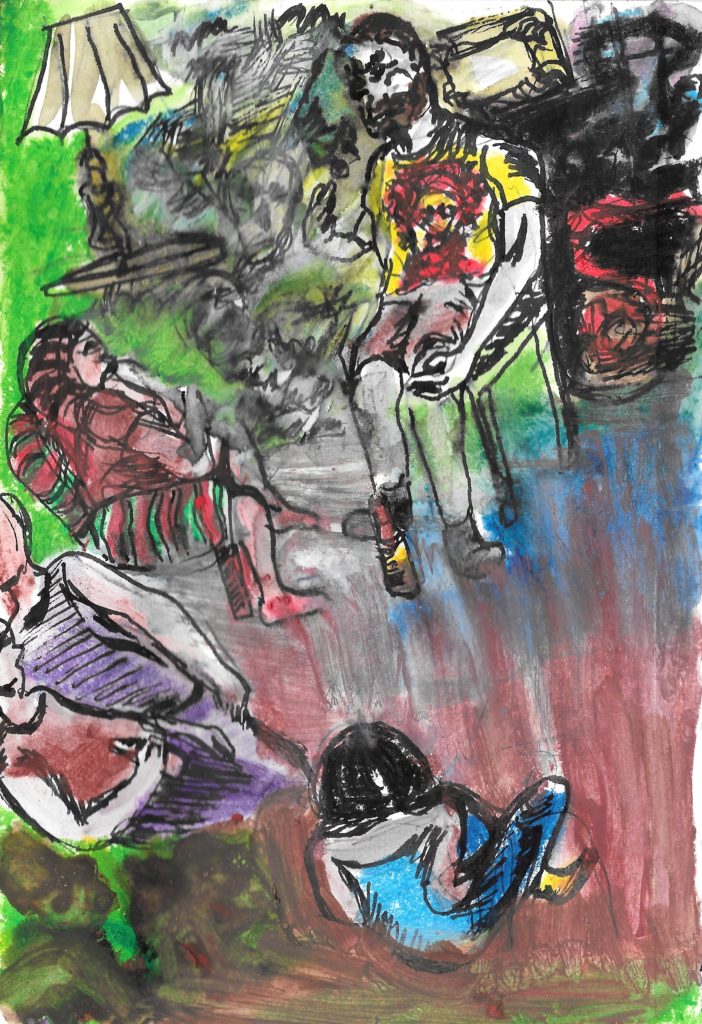 Chris Davis has been performing Drunk Lion since 2012. He most recently relaunched it for a one-night performance as part of the Free Fringe Festival, which he helped coordinate in September.  I remain visually inspired by the images of a half-elephant half-lion climbing a stairway into the sky in this epic story of true love and mythical creatures—an amazing feat of imagination.

The immersive sojourn in Mexico details a fantasy of a beautiful woman named Juanita through an unlikely but life-like series of fantastical and unexpected turns. It’s a story of friendship and misunderstanding between the real Chris Davis, the drunk lion, and Juanita. Davis displays an amazing talent to paint with memory and to share the fruits of his personal experience and imagination. How long were we going to follow the words and gestures of disappointment or bravery? The search for Juanita became an excursion through dreams and daily life. The result is a dangerous and charming folk tale populated by a city of characters, imitated by Davis three of four at a time.

Tattooed Mom on South Street presents an alternative space for artists to congregate. The graffiti walls of the upstairs bar began to speak to the passing of time and oral tradition that swept us into a nostalgic state, or a drunken higher being. The sound of fluent Spanish, along with a word for “cheers!” in every language, brought out the best in an audience gathered around a great storyteller.