Much of the documentary Sunset Over Mulholland Drive plays out in the way you’d expect it to. Set in the retirement community The Motion Picture & Television Fund Home, dozens of former (and, perhaps shockingly, current) players in Hollywood live out their golden years among their former colleagues. It’s full of actors, directors, producers, writers with resumes spanning decades. Scooters are pulled up around tables while anecdotes are retold. The phrase “And who do you think was there?” is a common refrain, followed by an impressive name drop. Most of the men wear hats. Most of the women’s nails are done, their lipstick applied. They’re all still camera ready.

The most fun parts of the movie center around a writing workshop that was intended as a week-long activity but that’s still going four years later. Considering most of these people are well into their 90s, everyone who is present is present. They’re bouncing ideas off one another, responding receptively to writing prompts. There’s a virile nature to these people who have been creating their whole lives that has clearly prolonged their mental faculties. 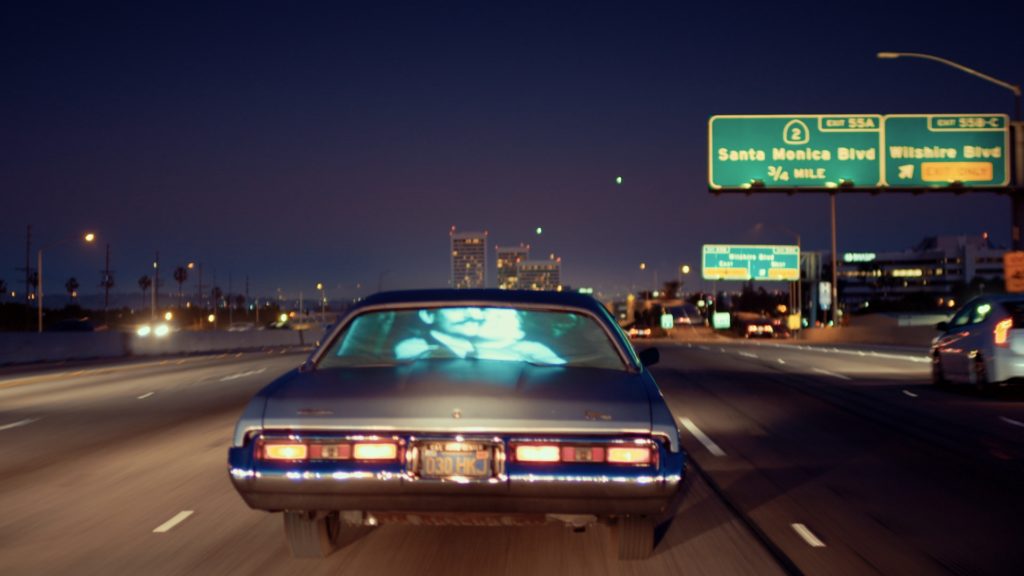 Parts of Sunset Over Mulholland Drive are awe-inspiring. These are all people who contributed to popular culture on a huge scale, and watching them watch clips of their younger selves is very touching. They appreciate their contributions as much as we do.

Where Sunset goes wrong is how ardently it displays an amorphous affinity for the residents of this unique retirement community. It dwells too long and too frequently on individual goings-on, almost in awe of their achievement of having lived this long as opposed to anything specific. The film is most impressed by their proximity to history, which results in an exercise of empty nostalgia at the expense of a story.

There is a scene of a board meeting (for some reason) about halfway through the film, which is attended by several dozen residents. As they rise to say the Pledge of Allegiance, we get a stark visual reminder of what Old Hollywood was: almost entirely white. There is not a single person of color profiled in this film.

It’s also curious how of the slew of old film clips that were chosen to be shown are nearly all conspicuously problematic. There’s one in which actor Connie Saywer, who was 103 at the time of filming, is shown on Ray Donovan using a racial epithet. (Which, I believe, was chosen for comedic purposes. Isn’t it funny how aggressively racist this very old person is? The crowd I was watching with thought so, anyway.) A story idea pitched in the writing workshop was fueled by plentiful and vapid gay jokes. The scenes isolated from both Casablanca and A Streetcar Named Desire, while not to ignore a film’s right to exist within its own context, feel strikingly out of place in the world I’m sitting in.

There’s a disconnect between the real world of Sunset and the one being shown. It’s not hard to imagine that at least a handful of these residents were booted from the Academy of Motion Pictures in the years following the organization’s decision to reconfigure its voting base. How do they feel about that? How do they feel about where movies and television are going? Or: were these questions asked, and we just don’t want to know the answers? Either way, the absence of ideas results in a mostly tedious film that mosies along slower than any of the residents’ scooters. Sunset Over Mulholland Drive is not interested in exploration, only adoration.