“You remind us that there are no easy answers, but at least we’re talking.”—Naomi Orwin, in her final written words for Phindie 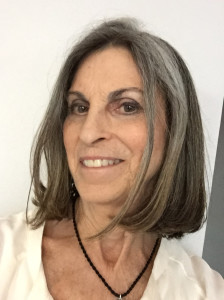 I read with sadness the remembrance of Naomi Orwin published last month on the Broad Street Review. Naomi passed away in April after a series of strokes.

Naomi moved to Philadelphia in 2012 after an itinerant life spent in in Manhattan, Los Angeles, London, Tel Aviv, and the South of France, among other places.

She earned a bachelor’s degree in English Literature from the University of Chicago in 1963 and an M.A. in Women’s Psychospiritual Development from Sofia University in Palo Alto in 1999. She wrote for the Lifetime TV series Our Group, and was a lyricist for the award-winning children’s TV show Unicorn Tales and the children’s musical Western The Phantom Kid.

Earlier this decade, she published a series of novels, most recently Eve’s Stepchildren,  about intermarriage and adoption. She taught screenwriting at Drexel University and screenwriting and women’s films at the Rochester Institute of Technology from 1996 to 2011.

Naomi began writing for Phindie in 2014 and displayed her consistently intelligent and subtle insights in a series of theater reviews, often addressing plays from a personal feminist viewpoint. Her final article, a review of Lucas Hnath’s A Doll’s House Part 2, appeared in November 2018 and wondered how a female writer might’ve brought a different perspective to an Ibsen sequel. “My Nora would probably have walked out the door and quietly moved on,” she wrote. She will be missed.