Welcome to the Philadelphia Fringe Festival, with one of the most open-minded and challenging programs for miles. Inspired by the rundown of sixteen LGBTQ+ shows in the 2019 festival, I would like to take you on a journey around the world—from Australia to the US—with some of the latest news about the lives of members of the LGBTQ+ community.

Two short examples: one of the worst cases of discrimination in the immigration world recently took place in London, where a judge rejected a man from a country in which it’s illegal to be gay, simply because he was not wearing lipstick, nor swishing around. However, a British appeals tribunal said last week that the first judge had been wrong and sent the case back to be started afresh.

We’re also happy to report that in more and more places in the world, reason and maturity are winning out over prejudice, as witnessed by a recent fashion show in NYC that featured mostly members of the LGBTQ+  community of all colors, as well as obese models that one would hardly ever see on the runway.

If you wish, you can read every single one of these news articles by simply clicking the headline.

Report charts surge in racial abuse and violence against women

Brazil saw an alarming rise in racial abuse, sexual assault, femicide and violence against women and LGBT people in 2018, according to new figures released on Tuesday.

The data illustrates a country which became more bigoted and more polarised against the backdrop of last year’s incendiary election campaign and the increase in inflammatory rhetoric by the far-right president, Jair Bolsonaro, and his supporters, specialists said.

A surge in “chemsex” parties, where people spend days getting high on drugs and having sex with scores of partners, is re-fueling epidemics of HIV among gay men in European towns and cities, doctors say. 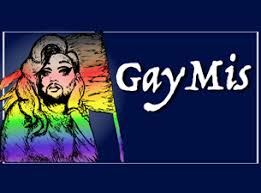 Vieira and Villas-Boas on homophobic banners at Nice v Marseille

Patrick Vieira and André Villas-Boas spoke after the French Ligue 1 game between Nice and Marseille, the two sides they manage, was halted for several minutes on Wednesday after fans unfurled banners with homophobic messages. One banner referred to Tuesday’s takeover of Nice by British billionaire Jim Ratcliffe.

The banner displayed a play on words referring to the fact Ratcliffe also owns the Team Ineos cycling and using the term “pédale”, which in French means “to pedal” in cycling, but is also a derogatory term used to define gay people.

As Mike Pence pulled up to Höfði House in Reykjavík, he was met not only by Iceland’s president, Guðni Jóhannesson, but also a row of rainbow flags. An office block belonging to the IT company Advania opposite the historic building had changed its flags on the morning of the US vice-president’s visit. “We just felt the need to celebrate diversity today and wanted to show that by flying the flags,” Ægir Már Þórisson, the company’s director, told the Icelandic news website Monitor.

Icelandic women continue the battle for true equality – not just for women, but for the LGBT community too. Despite a reputation for being one of the most progressive nations towards LGBT people, Iceland has in fact not always gone as far as it could. A recent bill – a form of self-identification for trans people – has moved the country further along. The prime minister of Iceland, Katrín Jakobsdóttir, was the driving force.

A decade after the ancient skeletal pair were discovered in Italy hand-in-hand, researchers discovered they were both men.

“We suggest that the ‘Lovers of Modena’ burial represents a voluntary expression of commitment between two individuals,” rather than a recurring burial tradition in the Late Antiquity, the researchers wrote in the study’s abstract. “The presence of several injured individuals within the Ciro Menotti necropolis let us suppose the destination of this place as a cemetery.”

The UK Foreign Office advises that public displays of affection [in the UAE] are frowned upon and there have been arrests in the past for kissing in public.

Judge rejected asylum seeker who did not have gay ‘demeanour’

A UK immigration judge rejected the asylum claim of a man from a country where homosexuality is illegal in part because he did not have a gay “demeanour”, a lawyer has revealed.

BBC says such pairings could happen ‘should opportunity arise’

The 4-month-old, who has two moms, will be the first Gentoo penguin at Sea Life London Aquarium “not to be characterized as male or female.”

‘We are family by every definition’: Gay dads’ baby is denied citizenship

Roee and Adiel Kiviti, a gay couple, are suing the State Department over its refusal to grant citizenship to their baby born via surrogacy in Canada.

A study in JAMA Psychiatry is one of the first to highlight the psychological impact of efforts to change a trans person’s gender identity.

Exposure to “conversion therapy” — efforts by a secular or religious professional to change a transgender person’s gender identity — is associated with thoughts of and attempts at suicide, according to a study published Wednesday in the journal JAMA Psychiatry.

Why NYC is repealing its gay conversion therapy ban

Unlike the 18 states that ban gay conversion therapy for minors, NYC’s prohibits the practice for all people, including adults.

The decision [to repeal] comes amid fears that the ban could have unintended consequences should a lawsuit filed this year by an anti-LGBTQ advocacy group reach the Supreme Court.

The case of Georgia resident Gerald Bostock is one of three LGBTQ workplace discrimination cases that will be heard by the high court in October.

Her death marks the 18th killing of a transgender person in the U.S. this year, according to the Human Rights Campaign.

“It was preventable. It should never have happened, and it was a tragedy,” a lawyer for Scout Schultz’s family said.

At the time, an attorney for the Schultz family said that Schultz, who identified as nonbinary and intersex and preferred they/them pronouns, was experiencing a “mental breakdown” during the fatal encounter with police. In a witness video, Schultz can be seen in front of a campus parking garage and yelling “shoot me!” at officers who had their guns drawn.

Abel Cedeno came out as gay after his arrest. He has said he was bullied for years by his peers over his perceived sexuality and had acted in self-defense.

Marla Standing-Owl said she was attacked by a drunk Lyft passenger in Portland, Oregon, because of her gender identity.

After driving for Lyft for nearly a year and giving almost 4,000 rides, Marla Standing-Owl said she is quitting after an attack that is now being investigated as a bias crime.

Transgender visibility and the polices of the Trump administration have helped trans issues make their way into the 2020 presidential race.

Ellen Page would be ‘thrilled’ to exclusively play queer roles

Actress and producer Ellen Page, who came out as a lesbian in 2014, said during an interview on Monday that she would be “thrilled” to exclusively play queer roles for the rest of her career.

Do we need LGBTQ banks?

The first credit union specifically tailored to LGBTQ customers has opened in the US. Would more of them help end financial discrimination?

Dozens of models — most of whom are queer, people of color or both — strutted the runway during New York Fashion Week on Friday to spread a message of diversity, inclusivity and acceptance [. . .] held at the historic St. Mary’s Episcopal Church, the oldest church [in] Harlem. The event featured LGBTQ models, plus-size figures and those with disabilities.