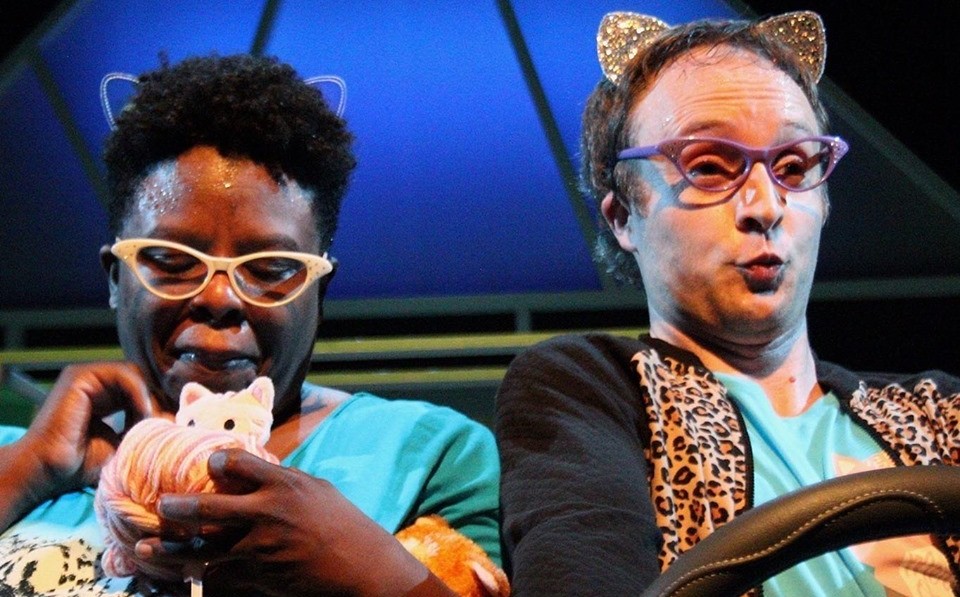 Take a wild ride with Joey (Jahzeer Terrell) and his sister Lee (Taiwo Sokan) as they free their father’s ashes from the doldrums of his funerary and wend their way to a very special Wawa.

Traveling from out of state towards Philadelphia these siblings have some seriously fantastic adventures! Surreal encounters with a turnpike ghost, a wacky wizard (Kyle Yackoski), soda cave troll, highly glamorous goose (Tiffany Bacon) plus a melancholy patrol officer and living car radio music (Janice Rowland and guitar), hilarious near collisions with a couple of crazy cats on the Schuylkill Expressway, in addition to a host of mind-bending puppet anomalies, add to the fun. A foray into Sheetz hits the fan turning into a hyper-kinetic near balletic rumble, complete with slow-motion, stop-action moments (Michael Cosenza, fight director) and theme music (Damien Figueras, sound designer). Lee’s enthusiasm and purpose drive them onward until a mishap with Dad’s urn sheds a surprise that threatens to detour her plan. Although he has dutifully stayed the course, turns out little brother actually has reservations about what they are doing, nor does he seem to have the same family memories as his sister. Even as expectations along the road of relationships lead in unexpected directions, the real legacy remains each other.