One of the most prolific Philadelphia theater critics, J. Cooper Robb (1960–2019), unfortunately left us for good in June. The Philadelphia Inquirer wrote a moving and detailed obituary.

After his death, I revisited his nearly two-decade collection of previews and reviews documenting theater in Philadelphia. Not only do they display his depth of knowledge and insight, but they reveal the range of enjoyable and thought-provoking theater productions in the greater Philadelphia area and the many amazing writers, directors, actors, and creative people who made it all possible.

Cooper wrote for a number of publications, including TheaterMania, where he regularly published his work from April 22, 2002 till May 31, 2011. His teaching engagements and the strain of his deteriorating health forced one of our best chroniclers of the Philadelphia theater community to put his pen down eight years ago. However, his observations and quotes most likely will bring back many memories for theater goers, readers of theater reviews, and for theater historians.

I spent several weeks reading every single one of his articles and excerpted those which I thought showed the wide range of theater in the city of brotherly love the best. Above all, Cooper, perhaps without realizing it at first, showed how far theater in Philadelphia has come over the last few decades, especially with the introduction of new American plays, an opening to more international drama, the growth of experimental theater, the growth of small theater companies, the demand for more roles for women, several LGBTQ theater festivals, more community engagement, more diverse theater, more cooperation among theaters and other cultural institutions.

Aware of the needs of his readers, Cooper liked to create individual headings for each of his reports from the theater front. If you click the links, you can read his reviews in their entirety. Enjoy them all.

As a thank you from the Philadelphia theater community, Phindie and Drama Around the Globe—with kind permission from the publishers of TheaterMania—are jointly presenting excerpts of J. Cooper Robb’s writing in chronological order, starting with 2002-2003, then 2004, etc. 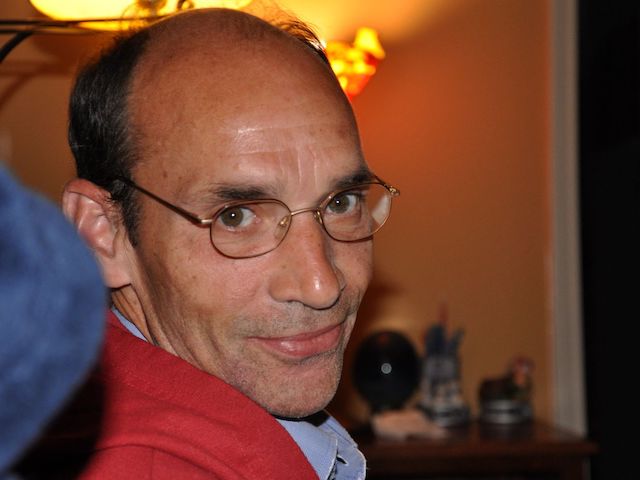 Cooper, you will be missed by many of us. And now, curtain up.

If, like too many people, you are a little naïve when it comes to Philadelphia’s rich cultural history, here’s an opportunity to become informed about one of the city’s treasures. Born in South Philadelphia in 1927, Marian Anderson was one of Philadelphia’s greatest contributors to the arts. What many of us don’t know about this great African-American vocalist is enough to fill a three-act play but, for the Arden Theatre Company, Kim Hines has condensed Anderson’s life into a 75 minute one-act for all ages titled My Lord, What a Morning. [. . .]

Essentially a play with music, the production features a number of Negro spirituals and classical compositions, both live and recorded. As the young Anderson, Karen Gardner displays a lovely voice, considerable acting talent, and the ability to pull off very well the lip-synching of Anderson’s recordings. (She is aided mightily in this endeavor by Jorge Cousineau’s sound design.) Paul Nolan provides some comic relief as Anderson’s manager and agent, Sol Hurok. Understanding the particular challenges of presenting a work that concerns an historical figure and high culture to a young audience, Jennifer Childs has directed the show briskly and engagingly.

Although a tremendous success overseas, Anderson is perhaps best known in this country for a concert that very nearly never occurred. When she was denied use of Washington’s Constitution Hall by the Daughters of the American Revolution, the concert was moved to the Lincoln Memorial with the help of Eleanor Roosevelt. In My Lord, What a Morning, Anderson quietly sings “America” with a genuineness that is profoundly moving as the image of a seated Abraham Lincoln projected on an upstate scrim. [. . .]

The recipe for the phenomenal success of vaudeville in the late 1890s to mid-1930s was simple: a full evening of diverse entertainment for the entire family at a cheap price. In R. J. Lewis’ Stage Struck, the prices may have gone up, but the rest is vintage vaudeville. [. . .]

Stage Struck will strike a chord with anyone who believes in the magic of theater. “Do what you were born to do,” Lewis tells us, and watching the passionate abandon with which he performs, it’s abundantly clear that this talented performer has taken his own advice.

In just six short years, the Philadelphia Fringe Festival has gone from a five-day blip on the city’s cultural radar to a 16-day extravaganza of international significance. Boasting nearly 250 shows to choose from, the Fringe can at times seem a bit overwhelming; but there are a number of productions this year that shouldn’t be missed [. . .].

Nobody does the Fringe Festival quite like Brat Productions, a local company that keeps its record of quality intact with Howie the Rookie, the company’s fifth foray into the festival. [. . .] Madi Distefano’s direction is enormously adept at capturing the script’s varied and vibrant sense of rhythm.

Another artist who has enjoyed past success at the Fringe is director Mark Lord, whose previous staging of Beckett’s Endgame continues to be the benchmark against which all festival works are gauged. This time around, Lord takes on the daunting task of presenting Peter Handke’s nearly indecipherable The Ride Across Lake Constance in a site-specific production at the dilapidated Imperial Theater. [. . .] A sometimes vicious attack on the emptiness of language, the piece is performed in a production of an illusory nature that is highlighted by the hotel’s occupants–a superb group of actors playing their real selves portraying actors. All of this occasionally seems inscrutable, but it is also exquisitely effective. Unable to understand each other, both the audience and the characters are left to their own perceptions of the action, making The Ride Across Lake Constance a unique and intensely personal theatergoing experience. [. . .]

Demeaning the American theater is something of a parlor game among certain critics, who point to the theatrically rich cultures of Ireland, Germany, and England as proof of the United States’s inferiority in this area. But that is clearly not the attitude at the People’s Light & Theatre Company, which has mined the works of Lillian Hellman (The Little Foxes), Edward Albee (A Delicate Balance), and now Suzan-Lori Parks to present what has been, to date, the finest season of any company in the Philadelphia area. All of these plays show the consequences of a fractured community, and none does so with more heartbreaking intensity than Parks’s dramatic poem In the Blood. [. . .]

Throughout the 20th century, the response of male critics to the work of female playwrights has ranged from the misguided to the reprehensible. Unable to relate to often intensely personal slice-of-life dramas, critics dismiss them as narrow and trivial, lacking the universality of the plays written by men. That reception has contributed to the marginalization of women in theater, a fate that one can only hope will not be suffered by Sheila Callaghan, the young author of Scab. [. . .]

In this production, dynamically staged by Deborah Block with a huge assist from Doug Smullens’ interactive video design, identity is depicted as ever-changing and fluid: roles are reversed, conventional concepts of femininity and masculinity are rejected, the line between homosexuality and heterosexuality is blurred, friendships are broken and restored, loyalties are betrayed. With fine support from Ed Miller as the despicable womanizer Alan, Graham and Schoonover don’t so much portray the characters as probe them, an effect that vitalizes the women while lending the show a sense of exploration and discovery. [. . .]

Unlike so many plays that show a wound as something that must be allowed to heal, Scab picks away furiously at the sores that cover a far more profound and deeper injury. For Christa, and especially for Anima, the scab must be opened for the mending to begin.

An unusual sight greeted many of the patrons who filled the Arden Theatre Company’s Arcadia Stage for the opening night of the First Annual Philadelphia Gay and Lesbian Theatre Festival: On stage was LDQ, a youth improv group that performs in neighborhood schools to illustrate the many issues facing gay and lesbian teens. It was an appropriate opening to the festival in that these outreach programs are often the only gay, lesbian, bisexual, and transgender-themed work performed in the area.

Besides the occasional production of The Laramie Project or Stop Kiss at one of the big regional houses, GLBT-themed theater in Philadelphia is generally non-existent. But now, finally, there is a festival for the city’s most underserved theatergoers.

Featuring 13 productions (10 of which were either world or Philadelphia premieres) at eight venues [. . .] the festival made Philadelphia the temporary GLBT theater capital of the world. [. . .]

Although the festival experienced a myriad of technical problems and other growing pains in its initial year, artistic director Matthew Cloran reported that it “just about broke even” at the box office. [. . .]

The People’s Light & Theatre Company’s spellbinding production of Suzan-Lori Parks’ In the Blood and the Prince Music Theater’s world premiere of the musical The Green Violin were the big winners at the Theatre Alliance of Greater Philadelphia’s Barrymore Awards for excellence in theater [. . .].

Ian Merrill Peakes captured the supporting actor in a play award for the Arden Theatre Company’s All My Sons. He later walked off with his second award of the evening when he won the prestigious F. Otto Haas Award for Emerging Artist, which carries with it a $10,000 cash prize.

The Wilma Theater, known for its elaborate and technically impressive productions, swept all four of the awards recognizing technical achievement. [. . .]

The biggest ovation of the evening was reserved for veteran local actor Tom McCarthy, who received a Lifetime Achievement Award for his contributions to Philadelphia area theatre.

Winners were chosen from among the 34 productions and over 100 artists nominated. The Barrymore Awards nominating committee and panel of judges are made up of theatergoers and industry professionals.