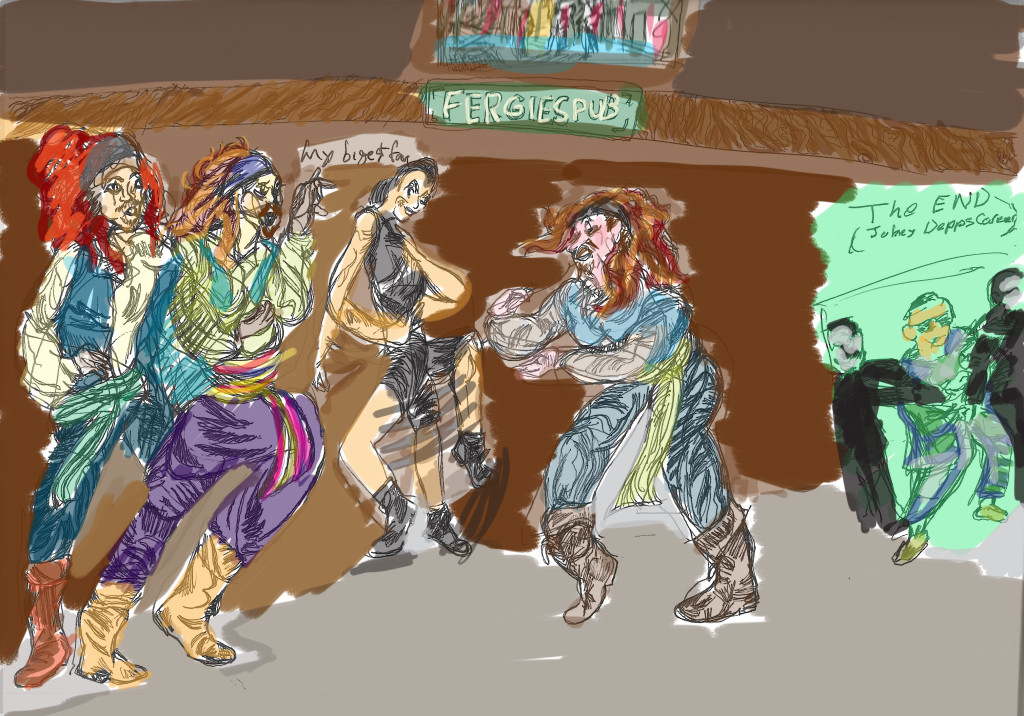 I was looking forward to catching Val Dunn and Jenna Kuerzi’s presentation on late-stage capitalism, JOHNNY DEPP: A RETROSPECTIVE ON LATE-STAGE CAPITALISM, ever since I first heard about it. It showed a Judy Garland type in a roast of the filmography of Johnny Depp. Swept up by the gravity of popular culture and the draining power of materialism in this riches to rags story. It rendered a truth about late-stage capitalism. 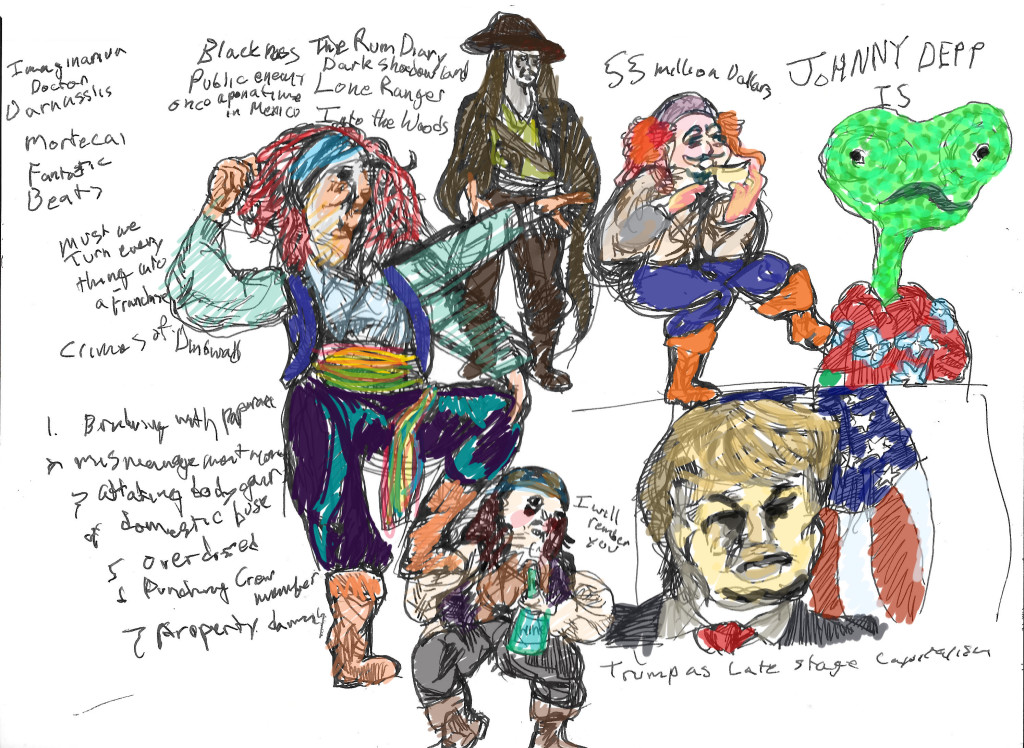 The misuse of power in a capitalist nation committed to an insane standard could destroy a person. Johnny Depp was twenty-one when he was working on The Nightmare on Elm Street. 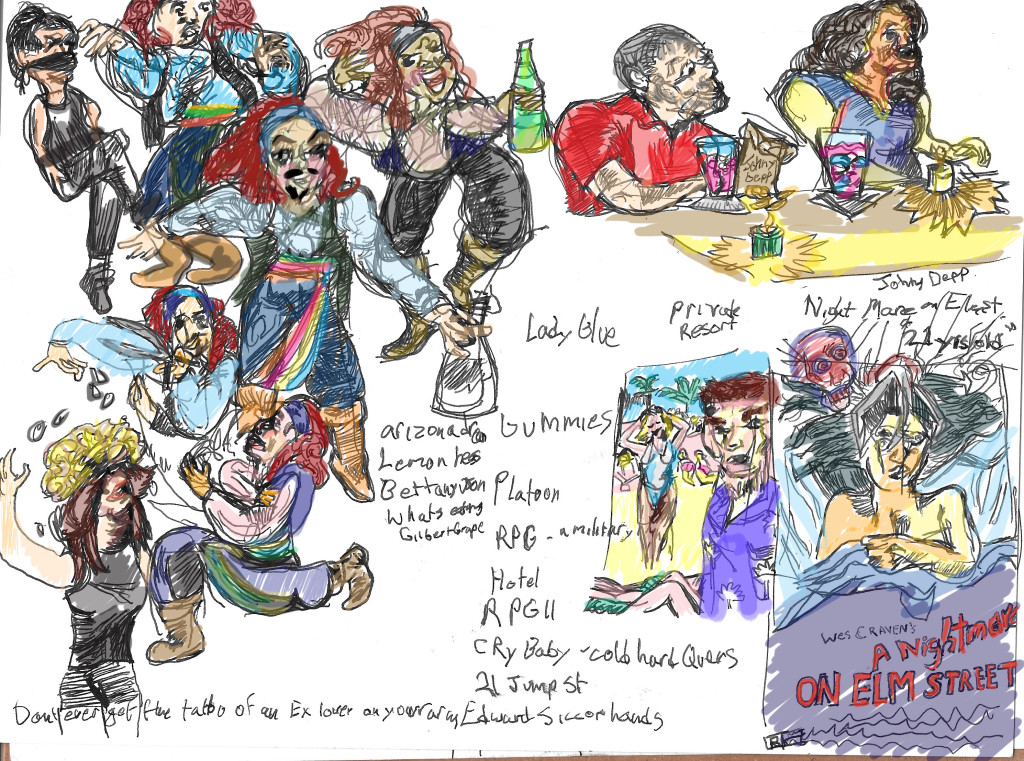 Keurzi and Dunn’s caricature of this actor turned philanthropist, or would be philanthropist if it were not for his big egotistical tendencies, seems exceptionally talented at making a precedence in how disconnected the life of an artist is significantly artificial.

The question is if we can blame an individual like Johnny Depp for the decisions he made based on the producers hand in things. In effect, the phenotype of our reality creates these high profiles that run the course under these too powerful corporations in control of everything. 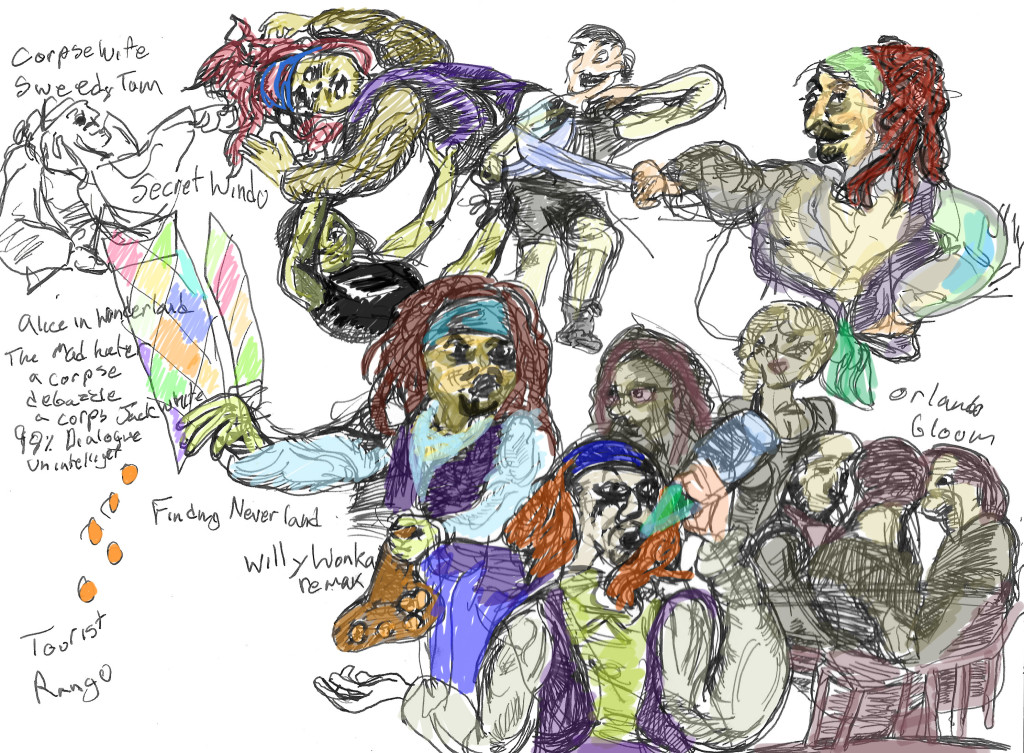 Kuerzi’s JOHNNY DEPP: A RETROSPECTIVE ON LATE-STAGE CAPITALISM is a case study on the amount of ego and money steered into self-destruction, and what seems almost sacrificial.