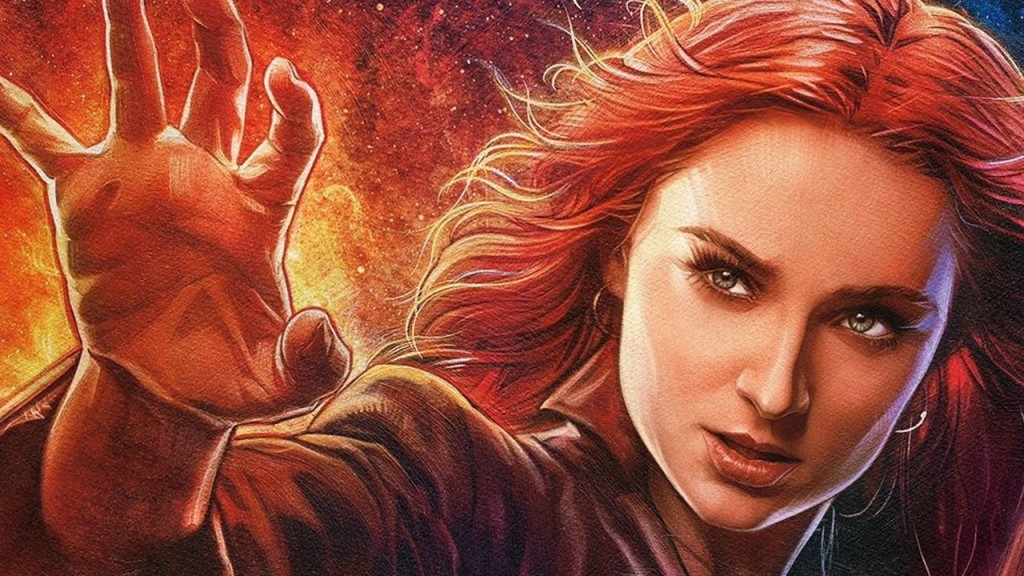 Back in my stand-up comedy days I did a bit about an experience I had at a comic-con. In it I made reference to a cosplayer whose Wolverine costume was of decently high quality. I referred to his look as such: “If the X-Men movies were mid-90s made-for-TV fare, he could have played Wolverine.” At the time it was meant to be a compliment to the man’s craft, drawing humor from the divide in quality between film and television. Since then, television has become just as cinematic and high-budget as film, effectively nullifying this comparison, but I bring it up now to highlight another shift that has occurred.

The X-Men movies used to look very good. Some were better than others, but overall the quality was fitting to the material. Then something happened with the previous entry, X-Men: Apocalypse. The quality dipped considerably. The costumes grew chintzy, the FX makeup became gross to look at, and particle physics began to replace strong visual craft. Even Magneto’s flying abilities started to feel like shoddy wire-work. And all of this has gotten worse with the latest and final(?) film in the X-franchise, Dark Phoenix. To put it kindly, Dark Phoenix looks as if it were a mid-90s made-for-TV movie. Had Wolverine the poor sense to appear in this final entry, my old comic-con friend could have stepped into the role and looked right at home.

To put it less kindly, production flaws aside, Dark Phoenix is just…boring. Worse yet, the film feels bored of itself. The whole thing has a “let’s just get this one over with” vibe. From the design to the writing to the direction to the performances, every aspect of this turkey just wants to go home and go to bed on a mattress stuffed with money from the Disney buyout.

If you haven’t heard, Disney’s acquisition of everything that ever existed means that there’s a very real chance that the X-Men will soon fall under the umbrella of the MCU. Personally, I harbor mixed feelings about this development (do we really need ALL of our superheroes to look the same?), and I hope that if these scholarly mutants make the jump, they do so after a prolonged dormancy.

I will also go see every damned entry, no matter what.

I am the problem.

Anywho, Dark Phoenix marks the second time this franchise has attempted to put the X-Men canon’s most popular saga onto the big screen, and while the previous attempt, Brett Ratner’s X-Men: The Last Stand, was pretty underwhelming, this new attempt makes it look like Lawrence of Arabia. The gist is this: Jean Grey, perhaps the most powerful mutant outside of Charles Xavier, becomes possessed with an otherworldly power that takes to form of a fiery phoenix. Along with matching Grey’s general color scheme, this phoenix multiplies her superpowers exponentially. It also strips her of any humanity. This makes her a dangerous beast indeed(certainly more dangerous than Beast, who looks like Wolfman spent too much time in a heavily chlorinated pool). Before, Grey could read minds, move things with her mind, and shoot power bursts from her hands. With added Phoenix abilities, she can now read minds super hard, move things with her mind super hard, and shoot power bursts from her hands suuuuuper hard. Never hard enough to really do any damage to her fellow mutants (with one “please let me out of my contract” exception), who typically get tossed aside by her powers for a few seconds. With her newly minted super-duper powers she can incapacitate fellow mutants for a few more seconds!

Meanwhile, some aliens or something possess Jessica Chastain, and now she seeks to ally herself to the newly phoenixed Jean Grey so that she can use Grey’s incredible powers to terraform the earth. I think. In addition to the onset of this alien calamity, Charles Xavier is getting power drunk on the adoration he’s receiving in a world that has finally embraced mutants. It’s an interesting idea that Dark Phoenix does absolutely nothing with.

Just one item in a long list of cool ideas that go nowhere. But hey, at least they give an unnamed mutant with the ability to whip people with his magic dreadlocks an insane amount of screen time. I have decided to name him The Hair.

Another missed opportunity is a weird feminist subtext that fails to do anything but pander, and to remind me of Captain Marvel, a film from earlier this year that also suffered from a pandering feminist subtext. But compared to Dark Phoenix, Captain Marvel might as well be an Eve Ensler piece. Both movies land on “your emotions are not a liability…they are a strength” but whereas Captain Marvel merely fails to earn its thematics, Dark Phoenix doesn’t even try. This lesson is invoked within 5 minutes of the end and it has no framework to stand on. Up until the film’s final moments, it simply wasn’t about that. What was it about? I honestly don’t know.

Well, to be fair there is one area in which such subtext inserts itself early on. A scene in which Jennifer Lawrence’s Raven admonishes Xavier for sending his students into danger with su abandon. She ends her mini-tirade with the suggestion the the X-Men should change their name to the X-Women on account of how many times the male heroes are saved by the female heroes. She’s not wrong, but the wonderful thing about the X-Men, historically speaking, is that they’ve always had an extremely diverse roster. More so than any comic series I can think of (and certainly more than any superhero film franchise), the X-Men is not in need of a demographic shakeup. As such, this line is a real cringer…one which elicited a theater full of groans.

Dark Phoenix also lands at a “this is not the end, but a new beginning” moment, making it painfully clear that this production was well aware of the Disney takeover, and took no pains to exist as anything but a perfunctory ending to a series that everyone involved was eager to kill.

Such a shame to waste such a budget on aggressive particle physics and a handful of action sequences that fail to stun (there’s something distinctly un-cinematic about two actors growling and pantomiming hand-lasers). It’s a double shame to waste such an incredible cast as well. Then again, I’ve never felt so close to the likes of Jennifer Lawrence, Michael Fassbender, and James McAvoy. What I mean is that about ten minutes into Dark Phoenix, I, too, wanted to go home.