Bucks County native, Justin Geiss, has joined the Jellicles of the national tour of Cats. Geiss is a “swing” performer who can be called on to take the stage at a moment’s notice. Geiss talks about his early training, his start in musical theater, and how he keeps track of the different cats he plays. 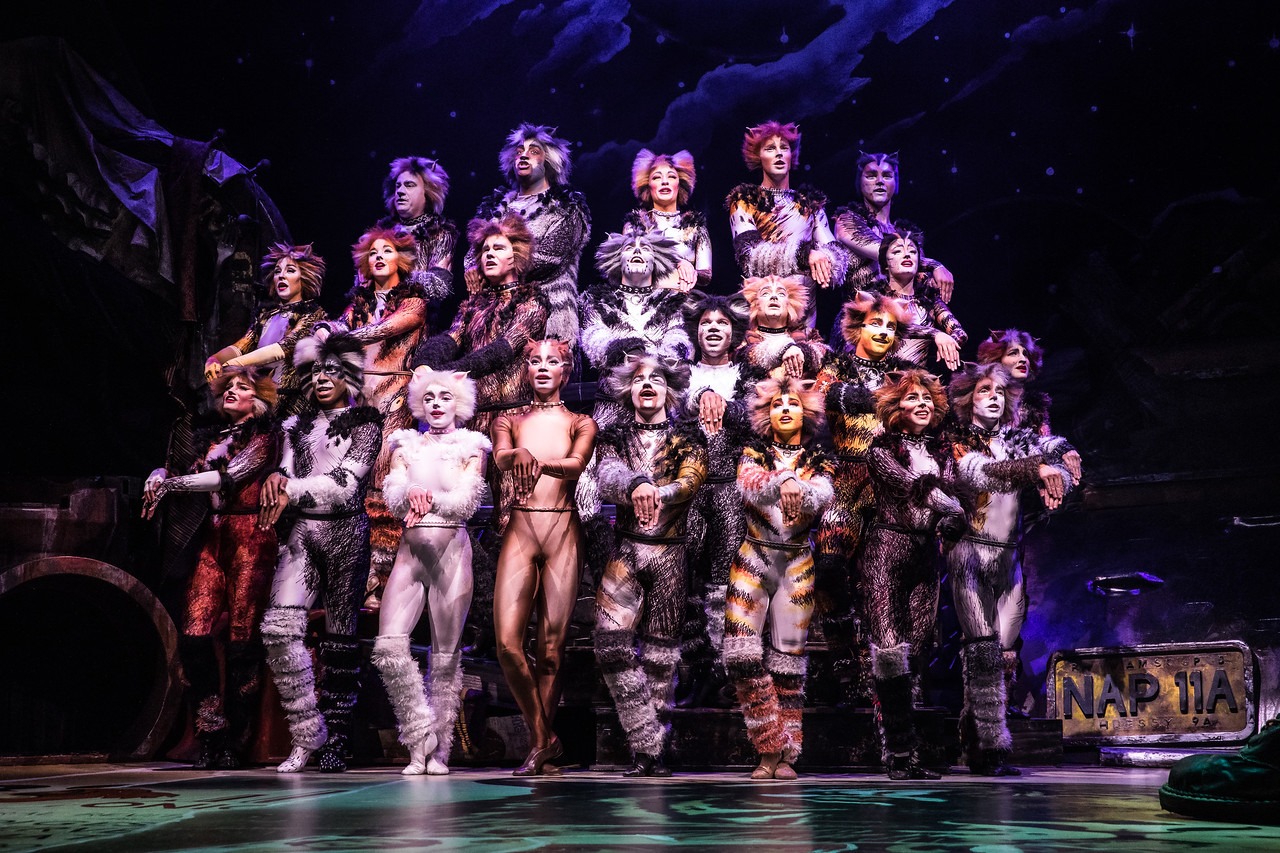 Debra Danese: Your early training and experience was in ballet. How did you make the transition to musical theater?

Justin Geiss: I trained in ballet and was dancing professionally until a little over a year ago. However, I have always had a love of musical theater. My mother actually sang professionally for a while. I started taking voice lessons when I was 15 due to a back fracture that put me out of dancing for about six months. I needed something else to do to channel my creative juices and my mother suggested that I start taking voice lessons. I fell in love with singing, and my voice teacher, Jack Beetle, told me that this could be a viable career option for me in the future.

A few years later, I was dancing professionally with the Nancy Einhorn Milwaukee Ballet 2 Program and I talked to my director about whether or not I would have a job the following season. He loved everything about me, except for my height. If I was just a bit taller, I would have had a job. I was tired of being told that my body type was going to hold me back from doing something that I loved, so I decided to make a huge leap of faith and go to my first musical theater audition in New York City. I ended up booking the job for A Chorus Line at Compass Rose Theater in Annapolis, Maryland. I’ve been doing musical theater ever since. 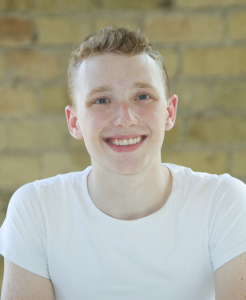 DD: As a swing, how many roles do you need to know and which role is most challenging?

JG: I have learned about eight tracks in the show. These include ensemble cats like Coricopat (a psychic twin), Alonzo (an adult cat), and Pouncival and Tumblebrutus (kittens). I have also learned cats with features such as Mungojerrie, Skimbleshanks, and Mistoffelees. The final track that I cover is a booth singer, which means that I sing the whole show next to the orchestra to give back-up vocals for the cats on stage, who might run out of breath from all the dancing that they are doing.

I think each cat has its own challenges that go along with it. I wouldn’t say that any one cat is harder than the next. Certain numbers, like Mungojerrie, are difficult and Rumpleteaser is also a very hard number for me, both physically and vocally. On the flipside, Coricopat is constantly lifting his twin sister the entire show, with very intricate movements that need to look exactly like hers. I don’t think any cat is inherently harder than any other. I just think they are all vastly different.

DD: How often do you typically get to perform?

JG: I am very lucky because I usually go on about once a week due to the sheer number of characters that I that I have learned.

DD: Which is your favorite character to play?

JG:  I would say that I just generally enjoy being on stage, and it doesn’t really matter which cat I am, as long as I get to be on stage. I do prefer to be a younger kitten versus and older cat, because it is easier to maintain felinity on all fours versus trying to find feline movements on two feet. The kittens crawl around most of the show, making it easier to look like a cat.

JG: The rehearsal period was about a month and a half in New York City. We were there all day, six days a week. I was taking notes furiously during rehearsals. Usually during my lunch break, or when I got home that night, I would re-take the notes into a neater format. Then I would color code each section of notes based on which cat was doing what step. I would then use sheets with images of the stage given to us by our stage management to write out all of the spacing so that I knew where each cat went, and again, would color code that. I probably spent 12 hours a day living and breathing Cats, which was quite an amazing, but also taxing, experience. It made me really appreciate the show, and also swings in general. I have never swung a show before, and to just be thrown head first into an experience like this was truly thrilling and terrifying, at the same time. Once we got to tech in Providence, Rhode Island, the show ended up changing because the stage was a different size, the set had different things in it, and we finally had a deck to put down all of our spacing officially. It was a tough time to be a part of the show, but the rehearsal period really made me appreciate so much more how this story is told through the movement and song of this show.

DD: Tell us about the make-up for Cats.

JS: The make-up for Cats is always fun for me to do. I love makeup and I would consider myself an amateur makeup artist, for sure, usually in the special effect’s aspect of makeup such as cuts, bruises, and other scars. I have about ten sticks of different colored makeup from brands like Kryolan and Mehron, along with setting powder and other shadows and blushes from Ben Nye. We also have liquid liners and gel liners for our cat eyes that are from Inglot, along with mascara from Elf. Depending on the cat, it can take me anywhere from 30 minutes to an hour and a half. Certain cats have more complicated makeup plots, such as Coricopat and Skimbleshanks, and other makeup plots are really easy, like Alonzo and Mungojerrie. I like taking my time to apply the make-up because it helps me get in the zone. However, I have had to put on a cat face in about 10 minutes due to injuries during or right before the show. I have my Pouncival and Mungojerrie face down to just over 10 minutes.

DD: Have you ever been a cat owner?

JG: I am actually super allergic to animals, and therefore, have never had a cat. I can barely have hypoallergenic poodles around me, let alone a fluffy cat.