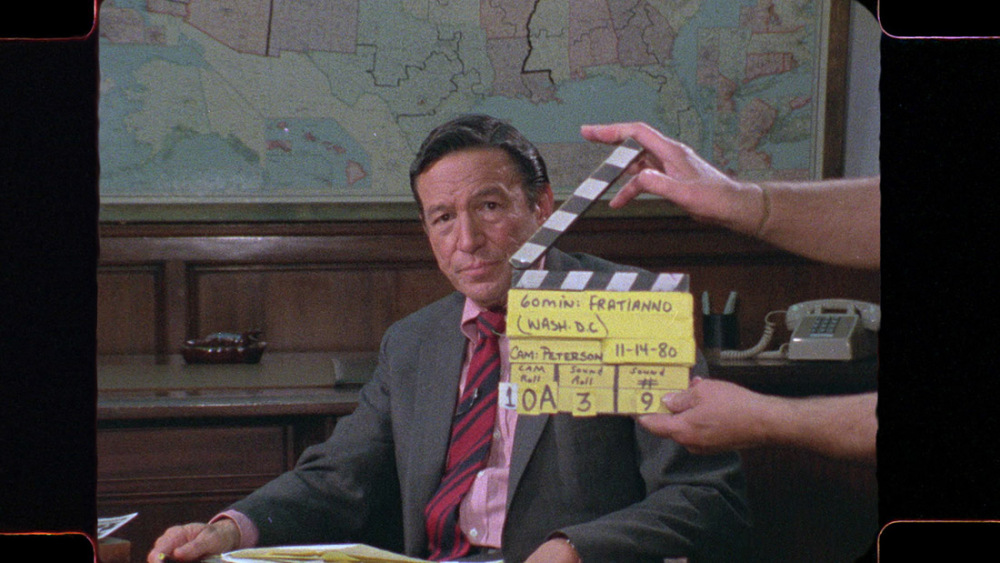 Prior to seeing this wonderful documentary, comprised entirely of archival footage from the famous newsman’s career, my familiarity with Mike Wallace was solely Michael Mann’s The Insider, in which Wallace is preparing to interview a research chemist from the world of Big Tobacco. Outside of Christopher Plummer’s legendary depiction, I knew nothing. Belkin’s film aims to correct that.

Opening on an interview between Wallace and Bill “I’m an absolute monster” O’Reilly, the film’s thesis becomes apparent. The two men clearly don’t get along, but O’Reilly makes it clear that Wallace is his greatest inspiration. Without decades of fearless, firebrand reporting, the type of “news” typically put forth by O’Reilly and his cohorts would not have found a home. But Wallace’s disdain toward O’Reilly is unmistakable. He sees O’Reilly as a bastardization of his own style, and makes no bones about saying so. The thing is, they’re both right, and it’s this duality which fuels the film.

Starting back in the early days of television, long before 60 Minutes came into existence, we watch as Wallace does fluff pieces and product pitches for anyone who will give him a platform. This willingness to perform gives him opportunities to pursue his own interests, which shifts his career into the world of reporting. Journalism leads to interviews, and Wallace’s disinterest in being liked by his subjects makes him incredibly valuable. Keeping interviewees on edge makes for both good entertainment and the evocation of hard hitting information.

The film follows his rise to stardom as a member of the 60 Minutes news team, simultaneously exploring the evolution of televised news on the whole. There are no talking heads or narration to speak of. Belkin lets the footage tell the story on its own, employing clever editing to add emphasis, or to highlight a joke. Much of the footage is of Wallace speaking with other interviewers, oftentimes discussing the nuances of their art. Oprah Winfrey, Larry King, Barbara Walters, all masters of their craft, but each with a different approach. If I could lob any negative criticism toward the film, it’s that we don’t get to explore this very deeply. In trying to thoroughly dig into as much biographical information as possible while also studying Wallace’s influence, we only get tidbits of his process. We only get a surface level understanding of his own thoughts on his craft. His interplay with the others, especially Larry King, shows that he’s obviously got a little game theory to share.

It’s a small complaint, however. Mike Wallace is Here is entertaining and educational, miraculously giving us a thorough portrait free of excessive editorial spin.