It’s mind-blowing to try and think back to those simple times over a decade ago before the Marvel Cinematic Universe was even a thing.

Until this grand experiment was kicked off, each and every superhero film was delivered piecemeal. Spider-Man stuck with the world of Spider-Man, as did The Incredible Hulk. Thor was too inherently ridiculous a concept to ever be made into a movie. Heck, at the time, most people didn’t even know who Iron Man was, nor did they have any concept of Robert Downey Jr. outside of that one time The Simpsons made fun of him for being a bail-hopping drug addict. At the time, we never could have foreseen what was to come. And really, there’s no logical reason why something as ambitious as an expansive franchise in which all 22 entries are interconnected should work at all. It seemed impossible that the type of media which drew the ire of bullies just a few decades ago would now be the dominant force at the box office. 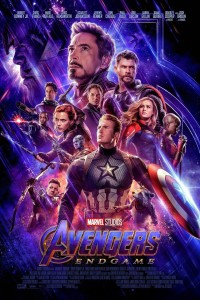 I remember checking Twitter after the original Avengers film premiered in Hollywood and seeing Patton Oswald incredulously declaring that Marvel had somehow, against all odds, pulled off the biggest cinematic mashup of all time. The studio had delivered a perfect filmic recreation of a staple in the world of comic books: the event issue. And really, they had pulled it off. The Avengers is impressive in every way, and despite being a huge novelty, the format put forth soon became the standard. By the third wave of MCU entries, miniature crossovers were occurring regularly, culminating in big, blockbuster event films. Within a few short years, the groundbreaking had become the ordinary, and a million other IPs sought to follow the same design. DC comics attempted their own universe to middling success, while others, such as the now canned Dark Universe and the still sputtering attempt at some sort of expansive Ghostbusters series, didn’t quite catch on. Marvel caught lightning in a bottle, and it’s a bottle that continues to keep catching bolt after bolt (I should note here that not all MCU entries are gold, and that I personally LOVED the latest Ghostbusters entry).

Robert Downey Jr. lifted himself out of actor jail. The ownership of Spider-Man sparked unprecedented deals amidst competing studios. People had opinions on what makes a “good” Hulk. Superheroes became the centerpiece of countless culture wars involving artistic ownership, identity, gender, representation, the politics of violence, the politics of twitter, the politics of politics  — the list goes on.

What I’m saying is, for better or worse, the Marvel Cinematic Universe took the world of entertainment by storm, and they did it in ways that were, at least by conventional film-biz wisdom of the time, ill-advised and unprecedented.

They succeeded, and now we are at the end of their magnum opus.

Well, not the actual end, as there are plenty of MCU-branded films already in the pipeline, but as far as the original group of Avengers goes, this is the last part of their tale. On the one hand, it’s about time. On the other, I feel like these costumed crime fighters are my friends. Knowing that I may never see some of them again, at least not in the same way as I have for so many years now, breaks my heart a little. But what a wonderful slice of bittersweetness it all is. The world cares about laser beams and magical karate as much as I do now, and that’s an incredible thing. Nerd stuff has gone mainstream. We won!

Now before I get into Avengers: Endgame specifically, let’s all agree that there’s no way to do this without some sort of basic plot synopsis. I promise there will not be spoilers, but I do understand that some folks view any plot information at all as a form of spoiler. If this is you, skip past the next paragraph and all will be well.

Endgame picks up shortly after Thanos upended the universe by snapping half of its denizens out of existence. After a short bit of setup, we move five years ahead. The Avengers are in tatters, as is most of civilization. As it stands, it looks like there’s no real way to undo what Thanos has done. And for some of our heroes — most specifically Tony Stark, now a father —there’s no reason not to chalk it up as a loss and move forward. That is until Ant-Man hatches a plan: Use superhero science to travel back in time, beat Thanos to obtaining the Infinity Stones, and then use them to bring everyone who was lost back to life. Sounds easy right? Well, the movie is three hours long, so let’s just say there are some complications.

OK SPOILER-PHOBES, YOU CAN READ ON NOW.

Endgame is a success for a multitude of reasons, but the most prominent is the way it serves the characters. The action and spectacle are secondary. Scribes Christopher Markus and Stephen McFeely clearly went into this knowing that it would be the first definitive “ending” in MCU history. They knew that closure would be required for, at the very least, the original roster of heroes. Miraculously, they pulled it off. From Iron Man to Hawkeye to Thor to even Agent Peggy Carter, all get a fitting finish at the end of a movie propelled by character. We love these heroes. The filmmakers and cast very obviously do too. Nobody on screen or behind the camera is phoning it in — and I can’t say that about ANY of the more recent MCU entries.

When superhero action does occur — intermittently throughout, leading to a show-stopping finale — it looks fantastic. The Russo brothers have previously left me wanting when it comes to action sequences, leaning on choppy editing to hide under-choreographed fisticuffs or poorly blocked chases, but none of that happens here. Only one sequence dips into hyper-cutting, and when you see it you’ll know why. It’s a valid, necessary evil in the moment. Otherwise, the effects look great. Floating head syndrome is all but eliminated, and the large scale battles guide the eye to exactly where it needs to look. Avengers: Endgame has every reason to be a stressful viewing experience, chock full of particle physics and gobbledygook, but short of bladder management, it’s an easily digestible blast.

The fact that so many pieces are so delicately balanced is impressive, even with a behemoth runtime. There’s no sense of filler, nor of glossing over something important. Every plot beat matters, and it never stops being entertaining. Wit and humor win the day, with moments of proper melancholy to keep the stakes high. Not a moment goes to waste, so it might be beneficial to avoid fluids before heading to the theater. There are no scenes where I would feel good recommending a bathroom break.

Let’s be real, you already know whether or not you’re going to see what may become the highest grossing movie of all time, and no amount of words I can sling here will convince you one way or the other. So instead I’ll just assure you of this: they nailed it. If you’re into this sort of thing, you will be pleased, and if you’re not, you will still probably have a great time. Avengers: Endgame had the monumental task of completing a story that began a very long time ago, each new chapter of which was trying to push the envelope in some way. We now know that this grand cinematic experiment was a success, and we’ve already seen its influence. Even so, it’s hard to grasp the full breadth of a grand achievement until it is complete. Avengers: Endgame had to stick the landing. It did.