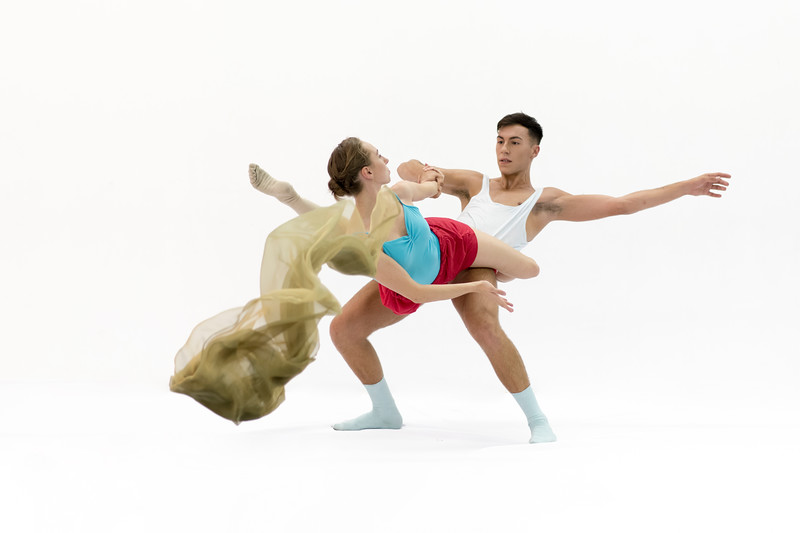 Yin and Yang is a commonly known Chinese philosophical concept.  Many of us have seen the round, black and white icon somewhere before. But if someone asks you what it actually means, what would you say? It is a symbol of … two opposite ideas…? Experiencing KUN-YANG LIN/DANCERS, you may come to feel and understand what it means.

The company showcased four repertoires and one world premiere at the Annenberg Performance Center on April 12 and 13, 2019, as the only Philadelphia-based dance company that took part in 2018-2019 NextMove Dance programs.  The selections for the show, CHI (2002), Moon (1993), From the Land of Lost Content (2000), Dreamscape (2016), and Spring 101 (World Premiere) presented never-ending curiosity of and rich artistry of artistic director/founder, Kun-Yang Lin. 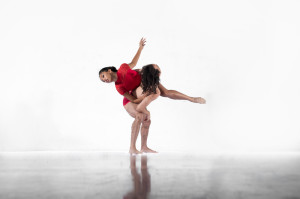 Each piece had intriguing inspirations and concepts behind it. CHI was “inspired by the interplay of the visible and invisible as manifested in the ancient art form of tai chi and calligraphy”. The solo dance Moon was powerful yet tranquil at the same time. To the mystical music of bird chirps, chantings and percussions, Liu Mo was captivating and divine.

From the Land of Lost Content guided the audiences on a pilgrimage to the sacred land of Tibet. In the exotic costumes in the color of fire, the dancers vigorously prayed, embraced each other and the land.

Dreamscape was mysterious and sharp piece danced in black.

The show closed with the world premiere Spring 101, an imaginative and comical dance about a birth, awakening and joy.

Throughout the diverse and unique pieces, what was consistent was the dancers’ incredible ability to control and balance their bodies and movements. And the source of the strength seemed to come from the complete balance of two opposite elements, Yin and Yang, nurturing each other infinitely. Inhale and exhale. Hold and release. Serenity and explosion. When they posed in slow movements, the intense energy could be felt. When they reached at the highest point of grand jeté, they release the energy completely like a bird riding a wind, and that moment, it felt as if they even stopped the time. Dancing can be in many and any forms, but those with a philosophical approach can be more eloquent and impactful. KYD/DANCERS proved just that.