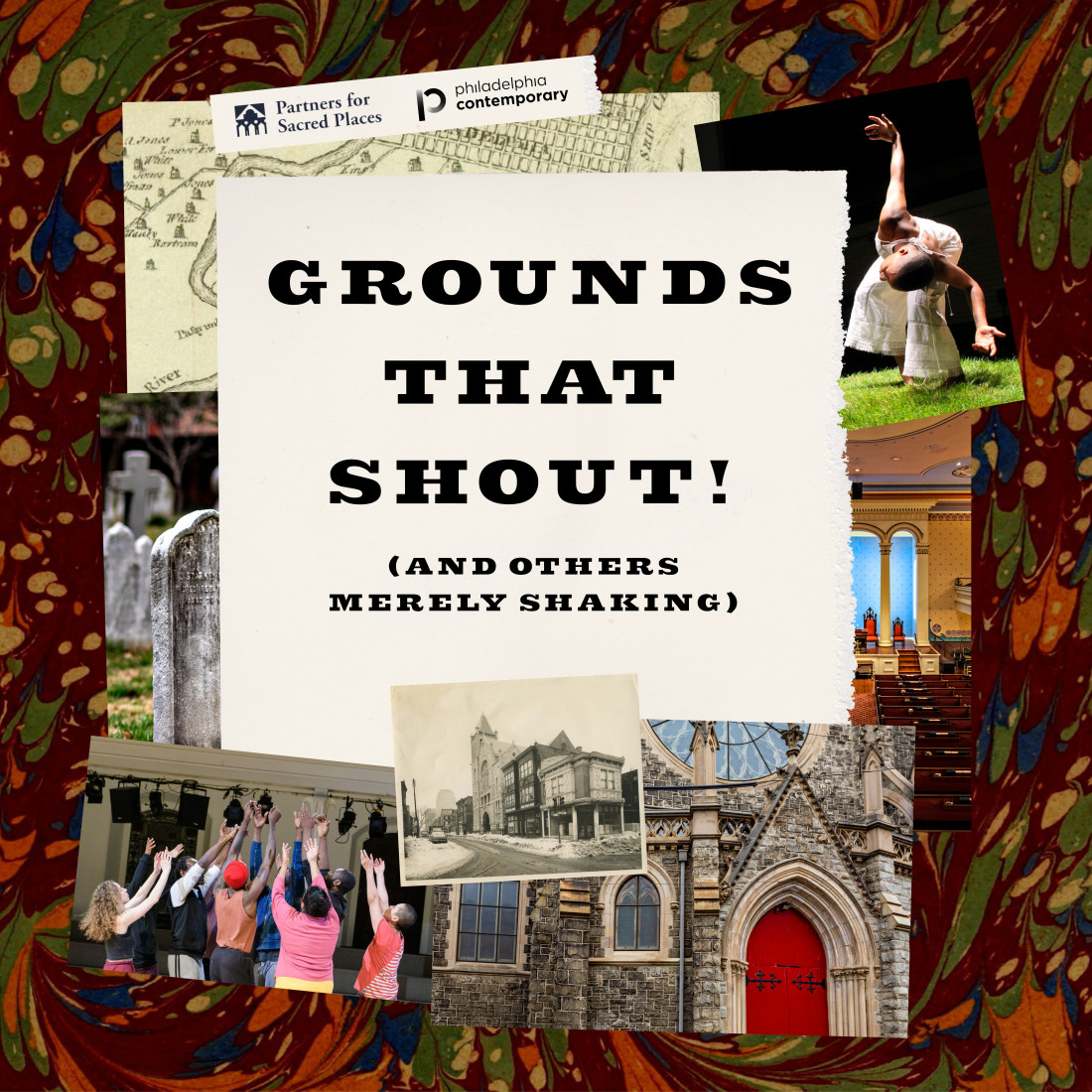 In many communities, performance art is more often experienced with a sacred space than in a proscenium theater. A new series of performances and talks, Grounds that Shout! (and others merely shaking), explores connections between faith, movement, race, and the body, with a focus on the African American religious experience.

Presented by Partners for Sacred Places and Philadelphia Contemporary, in partnership with Danspace Project (NYC), Grounds that Shout! is curated by the award-winning choreographer Reggie Wilson. Featuring Wilson’s Fist and Heel Performance Group and a collection of local Philadelphia artists, the series will take audiences to four historic churches, exploring these themes within the specific context of Philadelphia’s sacred spaces. The series will run May 2-11, 2019.

On May 11, Grounds that Shout! (and others merely shaking) culminates at three historic churches across Society Hill with a series of original performances by Lela Aisha Jones | FlyGround, , Meg Foley, Almanac Dance Circus Theatre, and Tania Isaac, with accompaniment from members of the church congregations. Attendees will move from one site-specific performance to the next in a procession through St. Peter’s Episcopal Church, Old Pine Street Presbyterian Church, and Mother Bethel AME, encountering both the broad narrative history of these spaces and their present-day status in a rapidly changing city. This cycle of performances will be staged three times over the course of the day.

Grounds that Shout! is an extension of Wilson’s recent work with New York’s Danspace Project, interrogating the history of St. Mark’s Church in-the-Bowery in Manhattan. Danspace’s Judy Hussie-Taylor will serve as a curatorial advisor to Wilson as he brings these concepts to Philadelphia.

One Reply to “The Grounds Shout: Reggie Wilson and local artists bring performance to sacred spaces”