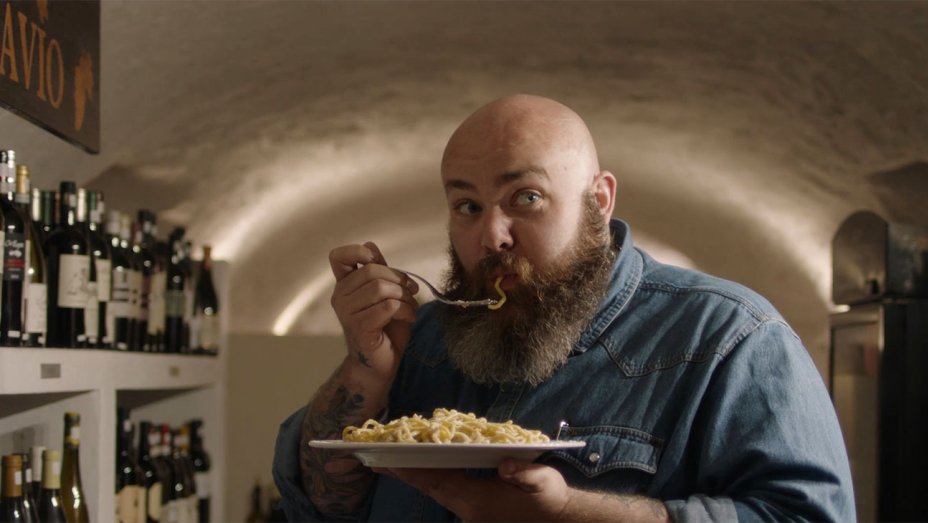 Almost one hundred percent of the time, if you are eating pasta, you are eating pasta which was mixed in a machine, pressed in another machine, and shaped in yet another machine. When it comes to serving pasta in an efficient, economical manner, it’s really the best way to do things. But Evan Funke, the large, bearded chef at the center of this foodie documentary simply won’t have it. You see, Evan is deeply passionate about pasta — specifically, handmade pasta — and his craftsmanship is world renowned. So much so that he’s been given the opportunity to run a restaurant based solely around his craft.

Being a restaurateur isn’t easy. The business is one which is seemingly designed for failure, where even the best establishments can fall victim to bad real estate, a waning interest in niche foods, or simply bad luck. Evan is no stranger to such misfortune, as his previous restaurant went under after his business partner engaged in some vague shady accounting. In the first in a long line of missed opportunities, Funke is never specific as to what occurred, but tries (and fails) to make it clear that Evan had nothing to do with it. In fact, beyond creating the dishes and running the kitchen, he’s not acquainted with the numbers at all. I call BS.

No matter, this unambitious doc is not inclined to dig any deeper, instead preferring to spend its runtime repeating ad nauseam how passionate Evan is about pasta. Some of his culinary teachers step in to state that Evan does indeed care about pasta, a sentiment echoed by a handful of his employees and former coworkers. A variety of talking heads assure us of Evan’s abilities and passions while a loose narrative is strung together chronicling the weeks leading up to the opening of his latest venture, a new pasta restaurant backed by a company called Gusto 54. Said financier is run by two women whose adventures in the restaurant industry could make for an interesting documentary in its own right. They speak about the difficulties inherent to opening a restaurant, while also letting us know that Evan is really, really good at making pasta.

By excising the details of Evan’s previous business failings, and glossing over his current efforts, Funke fails to find an engaging story despite having all of the pieces. It also doesn’t help that Evan himself comes off as extremely unlikable. Listen, I don’t know the guy, but in the film he has an air of self-importance that suggests he’s not the “nice guy” most of the talking heads declare him to be (while also letting us know that when it comes to pasta, Evan is number one). When he’s not pounding some dough, he’s acting as the poster child for the notion that creative folk are allowed to be jerks to their subordinates because “that’s showbiz.”

Perhaps the biggest missed opportunity in Funke is that I came out of it with only a slightly better understanding of pasta as either art or science. I’d love to know more. Alas, all I know at this juncture is that Chef Evan Funke is passionate about pasta. Funke has all of the ingredients needed to provide a satisfying meal, but instead serves as just an appetizer — one with a bitter aftertaste.